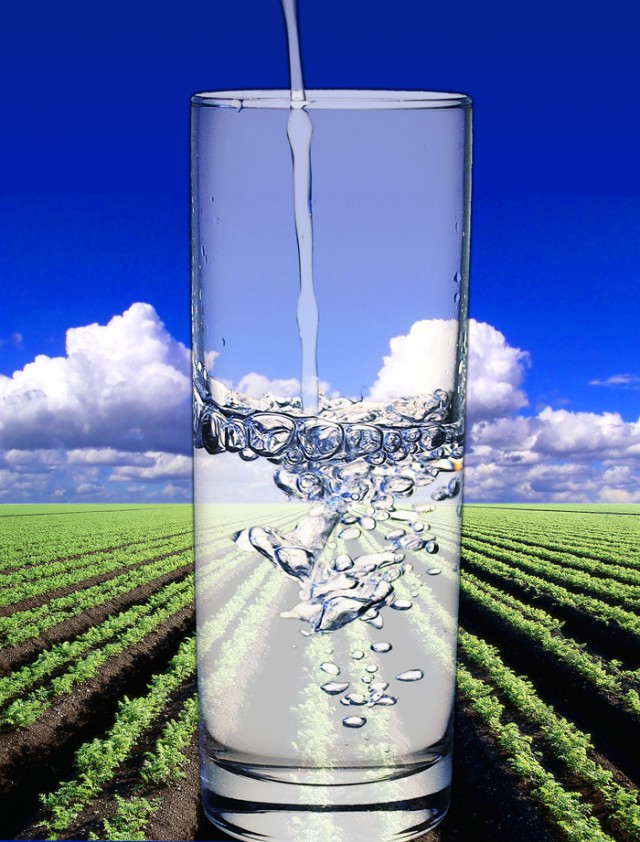 After an outcry last spring about possible threats to local water quality, Boulder County officials have been keeping a closer eye on the use of biosolids, or treated human sewage, on open space farmland.

The move was prompted in part by a local whistleblower’s concerns and a Boulder Weekly article regarding the effect that such natural fertilizers can have in areas where the water table is high.

And while the battle over GMOs (genetically modified organisms) will likely take the spotlight this year as an advisory group reviews the county’s cropland policy, the use of biosolids is expected to be on that committee’s radar, as well.

State environmental protection specialist Kenan Diker, the person who issues permits to Colorado farmers who want to use biosolids, acknowledges that the stink raised by Boulder County resident Elvis Licul has prompted him and county officials to regulate biosolids more closely.

As documented in a March 18, 2010, Boulder Weekly story that won a third-place award in the Society of Professional Journalists’ Top of the Rockies contest, Licul initially became concerned about biosolids due to the stench from farms adjacent to his property northwest of Longmont. After looking into the matter, he found research indicating that health problems have been reported in areas where biosolids were used, including claims of infants getting “blue baby syndrome” due to ingesting excessive nitrates in drinking water. According to test results acquired by Licul, the list of metals found in biosolids includes arsenic, lead, mercury and selenium.

State regulations prohibit biosolids from being applied to lands where the water table is within five feet of the surface. Over the past couple of years, Licul has identified several farming areas where wetlands and other obvious signs indicate that the water table is higher than the five-foot threshold, and as a result, the use of biosolids has been suspended on hundreds of acres of county open space.

Licul also pointed out last spring that the depth of the water table can vary by as much as seven feet on his own property between the winter and summer months, so he questioned why water depth is sometimes measured in the winter, when it is lowest. His complaints have prompted state and county officials to begin performing depth measurements in the summer, when irrigation and runoff can raise the water level.

County Water Quality Program Coordinator Mark Williams told Boulder Weekly it is now standard operating procedure to measure water depth in the summer before biosolid application is approved in areas where there is any question whether groundwater approaches the five-foot mark. (In some areas of Colorado, the aquifer can be as deep as 150 feet below the surface.) The same approach is implied, if not explicitly spelled out, in state regulations on biosolid use, which say that no one can apply the human waste in areas where the “annual high groundwater table” is within five feet of the surface.

While it no longer smells like sewage at his property, Licul is not done. He wonders why a novice like himself was able to find maps with wetlands and high water depths clearly marked near areas where biosolids application had been approved.

“Why didn’t [Parks and Open Space Director] Ron Stewart find that map?” he asks. “Why did I find it?” Licul also questions the accountability in an approval process that seems to be circular because it appears to pass responsibility from the state to the county to the applicator and back again.

“I
get the feeling that, in 40 years, we’ll be saying, ‘Can you believe we
used to spread this on land where we grow our food?’” he says.

Short
of an outright ban on biosolids on taxpayer-funded open space in
Boulder County, Licul now wants the new practice of measuring water
table depth in the summer put into written regulations, because if it’s
not in writing, the practice might be discontinued when the people in
those regulatory positions change.

Guidance
on biosolids could be put into writing when the county’s new cropland
policy is developed. A group of farmers and other citizens serving on a
new Cropland Policy Advisory Group (CPAG) is in the midst of a
months-long examination of such issues. Jesse Rounds, the natural
resource planner with Boulder County Parks and Open Space who is serving
as administrator to CPAG, says that group is expected to discuss
biosolids at its July 6 meeting.

Licul’s
insistence has resulted in at least one written agreement, between the
county and biosolids applicator Liquid Waste Management. The agreement
stipulates that the highly diluted sewage water will not be applied to
the Warner open space parcel until groundwater depth is measured during
the irrigation season.

“I’m
not against the farmers, or Liquid Waste Management,” Licul says, “but
what do we have in Colorado if we don’t have clean water?”

The
county officials on the June 28 site visit included Williams and David
Bell, agricultural resource manager for Parks and Open Space. Bell told
Boulder Weekly that of the county’s 98,000 acres of open space, farming
is allowed on about 25,000 acres. And only six properties totaling about
1,200 acres have received state permits for biosolids. (There are about
26 other private properties where their use has been authorized by the
state.)

According
to Bell, those six open space parcels are the Warner, Stinn, Darby,
Alberta Clark, Faul and Craig properties. As a result of the recent
increased scrutiny, only about 312 of those 1,200 acres have been
cleared by the state and county for biosolids application.

In
the case of Warner, biosolids won’t be authorized until Liquid Waste
Management takes a summer reading of the water table. Bell says the
state has not reissued permits for the Stinn and Alberta Clark
properties, and only about half of the Darby site has been authorized
for biosolids application, in a high area where there is no irrigation.
The Faul property, where the water table has been measured at 7.3 feet,
is being converted to an organic farming area, so no biosolids are being
used there. But the same farmer who is using Faul for organic farming
has gotten the green light to use biosolids at the Craig site, which
Bell says is high land with no summer irrigation. (Farmers can grow
several crops on land without irrigation, including winter wheat,
dryland corn, dryland barley and dryland sunflowers, according to Bell.)

One
question that Licul still asks is whether the county has financial
motivation to lease open space land to farmers — and whether restricting
the use of biosolids puts a damper on that side business.

Bell
says the county generates about $1.2 million a year by leasing open
space land to farmers, but it’s no cash cow, since nearly $1 million of
that is spent annually on maintaining those grounds and their fences,
gates, irrigation and related expenses.

Licul
also questions why, in an age when organic farming is on the rise, the
county would allow a practice that precludes the use of land for that
purpose for three years — the amount of time a farmer must wait after
applying biosolids or chemical fertilizers before being able to gain
certification as an organic farm. And he wonders why the county doesn’t
exert any control over its conservation easements where biosolids are
applied.

According
to Bell, the county has no agricultural rights associated with those
easements, only development rights. In other words, the county can keep
those lands from being developed, but has no say on how they are farmed.

But it looks like Licul will at least get the summer water-table measurement in writing at the county level.

Bell says his office is creating a standing operating procedures manual in which that will be included.

Licul
still wonders, however, how the much more controversial GMOs will be
regulated, in light of the lapses he’s seen in the regulation of
biosolids.

After
all, he says, this is open space land paid for by the county’s
taxpayers, and the citizens should have some say in how it is used.