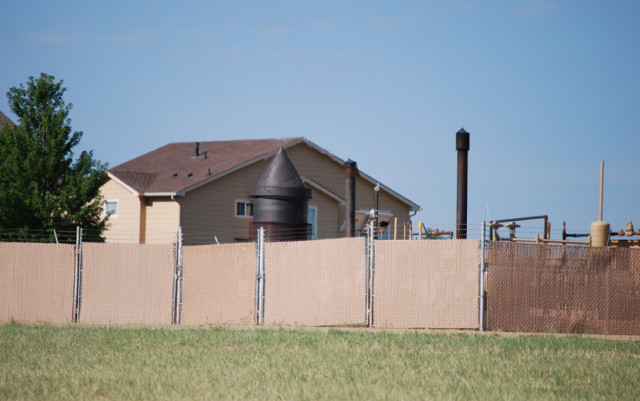 Comments from lawmakers, advocates and industry personnel were heard this week by a state assembly panel on a bill that would give local control on oil and gas operations to municipalities and counties in Colorado.

House Bill 16-1355 was introduced on March 11, and it now sits on the desk of the Democrat-majority State, Veterans and Military Affairs committee. The bill was introduced by four house Democrats, including east Boulder County representatives Mike Foote and Matt Jones.

The bill would repeal certain rights afforded to oil and gas interests in the state, while also providing new abilities to concerned municipalities.

For instance, the bill repeals the ability of the Colorado Oil and Gas Conservation Commission (COGCC) to designate oil and gas development areas as areas of state interest. The removal of this clause would gut the state’s ability to claim that oil and gas siting and regulation decisions is a matter, exclusively, of state interest.

The bill allots municipalities and counties the power to determine oil well drilling site locations, claiming that local authorities are in the “best position to determine the appropriate locations for oil and gas facilities and will properly balance the interests of all property owners as well as the effects on public health, wildlife and the environment.”

Language in the bill is indicative of much of the frustration many municipalities, advocacy groups and citizens have had with the COGCC and the state’s management of oil and gas operations. The bill references 2013’s rules regarding setbacks, 2014’s rules about drilling in floodplains, and last year’s rules about large-scale oil and gas operations as examples of the COGCC’s “inability to adequately address local concerns.” Oil and gas companies are bound by state rules, but that doesn’t exempt them from rules determined by local municipalities, the bill says.

Lastly, the bill notes the demographic and geographical differences within the state — from the West Slope to the Front Range, mountains to plains — and codifies that current state rules regarding the siting of oil and gas facilities provide “ineffective protection” for many communities in the incongruous Colorado landscape.

Many environmentalists and local officials agree with the statements made in the bill, and the potential ramifications. Former La Plata County Commissioner Josh Joswick testified on March 21 about the benefits of HB 16-1355.

“By supporting this bill you can acknowledge that, as has been proven repeatedly, the state will not help local governments, won’t help local communities, but rather stands over them with a threat of lawsuit if they so much as raise one voice of concern,” Joswick said. “You can breathe some life into the idea that local governments are not there just to do as they are told, but are there to help their people when the state does not — which is most of the time.”

Joswick said La Plata County was ground zero for the local control battle in Colorado, when in 1991, the county was sued after it enacted oil and gas drilling regulations. The case went to the state Supreme Court, and the county won. Since, however, Joswick says the state and industry have been working together to advance oil and gas interests, and maneuver around whatever existing legislation stands in their way.

“Local authority is a thorn in their collective sides and one that they will not tolerate; so they bully, coerce and lie to thwart its exercise,” Joswick said.

Philip Doe, the environmental director for the advocacy group Be The Change, recalled in a statement how the Greeley City Council recently voted to overturn a city planning commission decision to disallow a zoning change on behalf of an oil and gas company that wanted to drill several wells. Doe lamented the Council’s ruling that oil and gas companies have superior property rights to the town’s citizens.

“This legislation (HB 16-1355) will not cure corrupt government, but it will make it harder to ignore the will of the people, the good of the whole, if you will,” Doe wrote.
The State, Veterans and Military Affairs committee will now consider the bill and decide if it should be sent to the state assembly for further consideration.