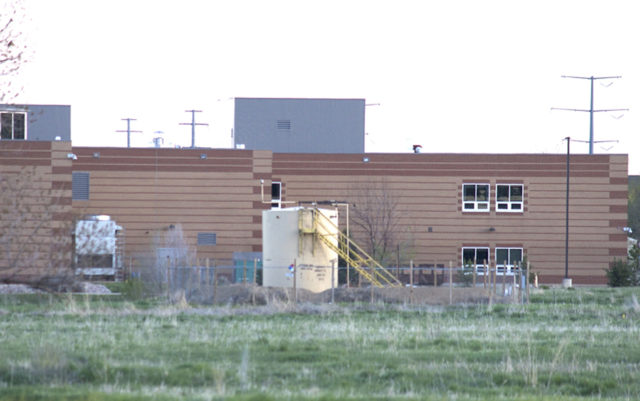 In a surprising move following on the heels of the passage and signing of Colorado Senate Bill 19-181 — a piece of legislation said to be intended to return regulation over oil and gas extraction within communities to the communities themselves — the group Colorado Rising for Communities filed a motion in Boulder County District Court designed to reinstate Longmont’s ban on fracking.

Colorado Rising’s motion was filed on behalf of the citizen-led group Our Health, Our Future, Our Longmont, which was responsible for passing Longmont’s historic citizen’s initiative that banned fracking in 2012. The motion proposes to reopen the case brought by the Colorado Oil and Gas Association (COGA) and later joined by the state via then-Governor John Hickenlooper and TOP Operating Company that eventually led to the ban being tossed out despite having been supported by 60% of Longmont residents.

According to Judith Blackburn, who sat on the board of directors of Our Longmont back in 2010 and 2011, the push for a ban came about after it was reported that an oil company had plans to drill and frack wells near Union Reservoir, and that an old well owned by the same company had leaked contamination near a middle school.

The success of Our Longmont in standing up to one of the most powerful industries in the world had an impact that traveled well beyond its city limits. Other cities and municipalities including Lafayette, Fort Collins, Thornton, Boulder County, Loveland and Windsor all followed suit by passing or trying to pass their own bans and moratoria on fracking.

Reading the writing on the wall, COGA sued Longmont. Then Gov. Hickenlooper joined onto the suit along with TOP Operating Company who had numerous wells proposed in and under Longmont. Eventually, the Boulder County District Court ruled in favor of COGA.

According to the motion recently filed by Colorado Rising Executive Director and attorney Joe Salazar, the District Court “made a curious observation.”  Salazar cites the ruling, which states, “The Court recognizes that some of the case law described above may have been developed at a time when public policy strongly favored the development of mineral resources. Longmont and the environmental groups, the Defendant-Intervenors, are essentially asking this Court to establish a public policy that favors protection from health, safety and environmental risks over the development of mineral resources. Whether public policy should be changed in that manner is a question for the legislature or a different court.”

The District Court ruling was appealed to the Colorado Supreme Court, which affirmed the lower court’s ruling and enjoined Longmont from enforcing its fracking ban as of 2016.

But the law and public policy have now substantially changed, according to Colorado Rising’s motion, which further argues that with the passage and signature of SB 19-181, public policy now favors protection of public health, safety, welfare, environment and wildlife resources over oil and gas development.

SB 19-181, aka the Protect Public Welfare Oil and Gas Operations Act, “prioritizes the protection of public safety, health, welfare and the environment in the regulation of the oil and gas industry by modifying the oil and gas statutes and by clarifying, reinforcing, or establishing various aspects of local governments’ regulatory authority over the surface impacts of oil and gas development.”

As a result, the motion concludes, Longmont’s fracking ban is no longer in operational conflict with the state law.

In response, Longmont City Council called an executive session Tuesday night Aug. 21 to discuss the motion. Mayor Brian Bagley says that presently, the official position of the City is to have no position. “What that means is, we will not be supportive, nor will we be in opposition to. Our position is, no position,” he says.

Bagley, who has worked over the years to defend the fracking ban and prevent oil and gas extraction on the surface within city limits told Boulder Weekly prior to the executive session that oil and gas is not coming back into Longmont, regardless of what happens in Tuesday’s executive session.

In addition to Bagley, BW reached out to all members of the Longmont City Council. Only Polly Christensen, Joan Peck and Tim Waters responded before press time. Each of those members said they had been initially supportive of the 2012 ban. Council member Waters now says he is concerned that Longmont’s position on the motion might affect the City’s contract with TOP Operating Company and Cub Creek Energy. The City made a land use deal with those companies in May 2018, that officials have said will prevent virtually all future oil and gas drilling on surface lands within city limits.

Cub Creek Energy appears to have 20 directional well bores drilled beneath, and to the east of, Union Reservoir according to COGCC GIS data, which also shows an additional 20 directional well bores planned to be drilled by the same company beneath the western part of the reservoir and shore. Longmont currently owns 85% of the shares of water in Union Reservoir, a popular recreation area.

Dan Haley of COGA said in a statement that the sponsors of SB 19-181 said the legislation doesn’t allow for a ban on oil and gas extraction, calling Colorado Rising’s motion, “political theater.”

The ban still exists within the Longmont City Charter. It’s now up to the courts to decide if SB 19-181 really is a reprioritization of health and environment over fossil fuel production or more meaningless campaign rhetoric by Colorado Democrats who now control every branch of state government and have the power to enforce this change, if that was ever really their intention.