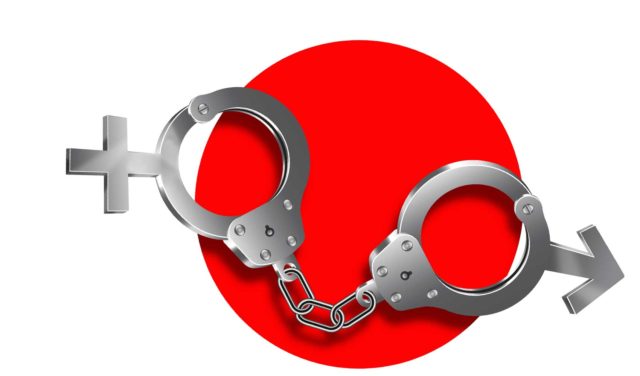 On a rainy evening in May, several hundred north Boulder residents gathered inside a middle school auditorium to discuss a new neighbor. Those in attendance were cautioned that children were still in the school so language should be checked, and that the parole officers, lawyers and police seated in a semicircle of folding chairs beside the podium would address every concern.

Nonetheless, the emotions of the night were high, for the neighbor in question — Christopher Lawyer, a “sexually violent predator” (SVP) as determined by the State — was perceived by many in the room as a threat to the community.

Lawyer’s crimes, outlined in a slide show, included raping a woman who was delivering newspapers in 2000 — a crime for which he received 16 years to life. He was also convicted of groping a teenage girl in public, arrested for indecent exposure, allegedly waved a gun at three women and separately broke into a college woman’s apartment.

After receiving parole in 2016, he violated the terms of his release by accessing parks and trails he was not allowed to, and possessing violent pornography. Lawyer was sent back to jail when he failed to show up for a drug test, but was released six months later, a few days before the community meeting.

At the time of the meeting, Lawyer was in the Boulder Shelter for the Homeless two miles north. He tried living elsewhere. Jamestown was too far and had poor reception for his GPS ankle monitor. A stay at a Longmont hotel was blocked by the hotel’s owner, fearing Lawyer’s residency would hurt business. But he had to return to Boulder County because that’s where he committed his crimes, said Melissa Gallardo, parole manager with the Department of Corrections (DOC).

So as an alternative to living on the street, where his ankle monitor couldn’t be charged, the State agreed to pay the Shelter a couple hundred dollars a week to house Lawyer in a “parole bed,” or a bed reserved for parolees. Shelter Executive Director Greg Harms said there’s anywhere from zero to four parole beds filled on any given night, and sex offenders have stayed at the Shelter before.

Nonetheless, the community expressed fear and resentment at authorities for not coming up with a more suitable plan. After all, SVPs pose a higher risk to reoffend in their first year of release than other types of sex offenders.

“This was not a decision that was up to us,” said Boulder Mayor Suzanne Jones. “I don’t want to see the women of this community be guinea pigs to see if this man has been rehabilitated.”

So an online petition was circulated to force the Shelter to ban SVPs from residing there. Then about a week later, police notified north Boulder residents that another SVP, Michael David Smith, was moving in — he’d be homeless, but residing on Broadway near the Shelter.

Yet it’s hard to find anyone that’s content with the state’s Sex Offender Treatment and Management Program (or, the Sex Offender Program). Thousands of offenders eligible for treatment in jail are being denied access due to a lack of resources. Municipalities feel hamstrung to accommodate sex offenders, particularly SVPs. Neighborhoods are left with the burden of living in fear of those who have committed sex crimes. And sex offenders, who have served their time, are faced with severe restrictions on day-to-day life after release.

There are no easy answers, yet looking at the array of approaches taken in Colorado and around the globe to manage sex offenders reveals a fascinating test lab where best practices have yet to be determined.

If the Sex Offender Program were running smoothly, inmates would indicate a willingness to undergo treatment and enter therapy within four years of their parole date. They’d receive cognitive-behavioral and group therapy, and eventually go before a court or the Parole Board to show how they’ve been rehabilitated.

But the Program isn’t running smoothly, due to a lack of resources and organization, according to reports.

About 83 percent of inmates eligible for the Sex Offender Program were unable to access it in 2013, according to an independent report. The situation hasn’t gotten much better — 2,000 inmates were actively awaiting enrollment in January 2016, according to a recent state audit.

There has been a funding shortfall — so, last year, about $10 million was allocated to the program, a modest increase from 2015. But that’s still not enough money to hire all the in-jail clinicians needed to administer the program to everyone required to take it as a provision of their release. And this ongoing funding shortfall creates its own wasted dollars — the cost of keeping inmates who can’t get treatment, and who are thus denied parole, amounts to about $40,000 per year, per inmate.

Securing more funding from the State may be a hard sell, too, given that the audit found the DOC had failed to meet key goals: progress reports had not been kept for about half of those who actually made it into the program, and 13 percent had never even been given a baseline assessment. The audit blamed inadequate monitoring and internal policies.

In 2016, about half of those in a “lower risk” portion of the Sex Offender Program were either paroled, discharged or transferred before completing the Program.

Lastly, the audit found that the program placed too much emphasis on polygraph tests. Though a federal appeals court ruled in 2016 that convicted sex offenders do not have to take polygraphs as a condition of their release, the state still encourages it — willingness to submit to a polygraph, for instance, is seen as acceptance of one’s crime.

According to the Sex Offender Management Board (SOMB), which creates guidelines for the State’s treatment of sex offenders, the polygraph can take several forms — from the prototypical polygraph machine, to plethysmography, which judges sexual arousal by hooking up a machine to a sex offender’s genitals and seeing if there’s any stimulation in response to certain prompts. The test can and has been administered on juveniles in Colorado. However, the DSM-IV, a standard catalog of mental disorders, indicates the reliability of plethysmography is still unproven.

There’s also the Abel screen, which shows offenders the images of men and women of various ages in non-sexual situations and judges deviant interest based on how long the person looks at the image.

The state spent a quarter of a million dollars on polygraph testing in 2016.

Any one of the 258 evaluators in the state approved by SOMB can administer these tests. When it comes to designating SVPs, the evaluator will complete a broader four-part assessment and submit it to a court or the Parole Board. The assessment includes determining whether the sex offender knew their victim, how they score on a sex offender risk scale and if they have any mental abnormalities.

If determined to be an SVP (like Lawyer), offenders are required to be under an intensive watch program, which cost taxpayers a total of about $2.5 million last year for all SVPs. The program requires daily contact with a probation officer, GPS tracking, drug and alcohol screening and sex offense-specific treatment based in part on polygraph testing.

The state’s agencies don’t work as efficiently as one would hope when it comes to granting parole either. Specifically, the Parole Board and the DOC’s Parole Division, “are not connected,” the latter’s Gallardo said.

The Board, which is comprised of members appointed by the governor, grants or denies parole. The Parole Division dictates parole plans and placement. Though the Parole Board does assess “the adequacy of the offender’s parole plan,” there is no guarantee that parolees will get housing that’s safe for the community and themselves.

Because the Board doesn’t have to determine the details, communities are sometimes left scrambling to develop adequate monitoring plans.

So considering the DOC under-funds its Sex Offender Program and isn’t able to work efficiently with the Parole Board, it might be time to consider common alternatives to managing sex offenders.

“Chemical castration,” meanwhile, sounds medieval, but is more common in 2017 than you might think.

In the U.S., nine states allow some form of physical or chemical castration (or, taking pills that limit sex drive) for sex offenders. In California, the use of Depo Provera, a birth control pill, is required for men who are convicted twice of child molestation. Iowa, Florida and Louisiana have similar laws, and all four states offer voluntary surgical castration. Several countries require castration for certain crimes, including South Korea, Poland, Indonesia and Russia — the cost, for reference, in South Korea is $4,650 per castration.

But does it work? Research from studies and self-reporting indicate that it does, but also aligns with the national recidivism rate of 5.3 percent for all sex offenders.

It’s also been suggested that SVPs and other sex offenders should simply be denied parole. In some ways, that system is already playing out.

As a result of Colorado’s 1998 Lifetime Supervision Act, sex offenders started to receive ranges of years as prison sentences, often with “life” on one end, instead of fixed terms. Given the backlog of sex offenders requiring therapy before leaving prison, many inmates are currently kept indefinitely in the state’s prisons. This is similar to what happens in other states, like Utah, while others, like Illinois, actively put such stringent regulations on where sex offenders can live that they are forced to stay in jail by default.

Which brings us back to Boulder. On June 6, City Council is scheduled to consider a consent item that will direct staff to look at local ordinances that prevent where sex offenders are allowed to live and visit. Mayor Suzanne Jones said the ordinance could include buffers around schools, playgrounds, parks and trails.

The city of Englewood enacted a law in 2006 that required a 2,000-foot buffer between sex offender homes and parks and schools. This resulted in several lawsuits, which claimed that it was too restrictive (Englewood recently cut its buffer requirement to 1,000 feet).

Still, an ordinance seems to be redundant of the parole system.

“We have the ability to draw exclusion and inclusion zones,” Gallardo said, adding that Lawyer, in this instance, will be able to move throughout the community while avoiding schools and parks.

Too, a one-size-fits-all approach may not work for all sex offenders. JJ Prescott of the University of Michigan Law School wrote that exposing identities of child sex offenders, who often work in online networks as opposed to committing physical attacks, might actually proliferate child pornography.

That’s just another example of the win-lose nature of managing sex offenders in a community — for every idea, there’s a rebuttal.