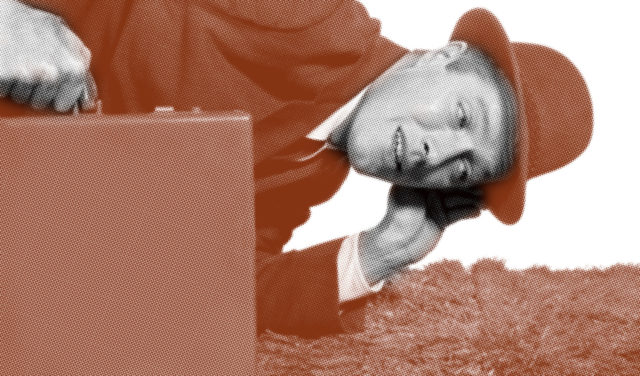 There are remaining questions, however, about the genesis of the proposed plan, its intent and what the County is actually planning in its efforts to prepare for potential protests of oil and gas operations on County open space.

On Dec. 21, Bevin Carithers, the Boulder County Parks and Open Space ranger supervisor, presented a list of proposed rules updates to the Parks and Open Space Advisory Committee (POSAC). The suggested rule revisions included banning e-bikes from paths, limiting drone use and mandating people pick up their dog crap. All of the recommended changes were approved by the Committee, and passed along to the Board of County Commissioners for final approval, except a proposed rule that would have banned public assembly on County open space without a permit.

As justification for the rule, Carithers told POSAC, “We’re expecting some protests from oil and gas drilling that could end up on our property or in a park parking lot. And if we needed to, we would be able to write a ticket if people were asked to leave and they did not leave.”

The Committee decided to hold back on advancing the proposal, instead requesting more information about what activity would prompt a ticket, and what exactly is defined as “public assembly.”

“I would say it was kind of a rare misstep during the holiday crush that [the rangers] got ahead of the process and made some suggested changes, so the Commissioners knew nothing about them,” Jones said. “Some staffer got ahead of themselves. I don’t think there was any ill intent.”

Halpin and Jones contend a lack of communication between County staff and the Commissioners led to the hurried proposal of the rule revision.

“We like to think we know everything that’s going on but this is one of those areas that took the Commissioner’s office by surprise when we saw the approach,” Halpin says. “I think it was done with good intentions and looking at what might happen … [but] it wasn’t done thinking of the big picture and how the Board of County Commissioners would approach it differently.”

Carithers tells Boulder Weekly the idea came from “one of the rangers,” who suggested the change during a meeting to discuss revisions to the open space rules, which is done every two to three years. Carithers says the idea was to give park rangers the ability to enforce what is a County policy, but is not technically an enforceable regulation — the difference being, regulations need to be approved by the Commissioners.

By updating the rule, rangers would’ve been able to write protesters a $75 ticket. Carithers says this would provide “a little extra tool” that rangers could use with protesters, instead of issuing a $150 trespassing fine that would be applied otherwise if the protesters were on County land that is not open to the public, such as agricultural leased land (as is the case with the tentative sites proposed for the three oil and gas operations). Carithers says the ability to say “we just saved you from the $150 ticket” would be a valuable tool when dealing with protesters, and that “$75 isn’t very much.”

When asked if protesters could just be given both a trespassing and a public assembly ticket, Carithers said, “We rarely do that.”

Halpin and Jones both say the County’s goal is to accommodate potential protesters, not issue tickets. Of the proposed $75 fine, Halpin says it was a way for rangers to issue tickets instead of calling the Sheriff’s department, “So you’re not talking about having a standoff. This is not Waco. This is the rangers saying, ‘You know, this is closed open space land.’”

While it may not be Waco, many believe Boulder County’s fight against fracking may turn out to look a lot like Standing Rock, the North Dakota Pipeline protest that turned into a massive standoff for well over a year.

Jones says the Commissioners “are fully supportive of residents’ First Amendment rights. And I would go further and add I think 99 percent of Boulder County residents don’t think open space should be drilled and that’s not why we pay tax dollars to protect open space.”

Despite the fact that the regulation will not proceed, the County is still preparing in other ways for potential protests at oil and gas sites. Carithers says the rangers “have just started the conversation” and after talking to the Sheriff’s office, have decided “we’ll take a super low-key approach to this.”

“The Sheriff doesn’t want people standing out on [U.S.] 52, literally on the road. Maybe next to the road,” Halpin says, adding that it’s a state highway and the state may have jurisdiction. “As long as people are safe, as long as they’re not interfering with other operations, like farming, we’ve got some wiggle room.”

Assemblies on open space larger than 25 people already require participants to obtain a permit, so it’s worth noting that the County will likely have a say, or at least attempt to have a say, over the locations of large groups of protesters. Halpin speculates that if there are protests near or on the actual oil and gas equipment (if and when they arrive), “that would be considered I believe an issue with the oil company, not with Boulder County, and I would not be surprised if companies would look to the Sheriff’s office to enforce more criminal type of activity.”

Jones says the biggest reason for pushing down the rule revision is that it’s still a long ways away from coming to pass. Companies will have to go through the state and local process to obtain permits. Halpin agrees, but says there are voices from the activist community that have County personnel at least thinking about options.

“Any activity of this sort is well over a year off, so there is time to get our heads around what ultimately we want this to look like from a County perspective,” Halpin says. “But we also understand there’s also intense interest by opponents of any of the oil and gas drilling that we believe do and should have a voice in Boulder County.”

Jones says that a likely spot for protests — near the public road, which leads or passes oil and gas operations — would be met with cooperation from the County.

“I could see a situation where you could work it out with the Sheriff and the County ahead of time,” she says.

As to whether a rule revision to prohibit public assembly without a permit will come up again, Jones says, “In the broad sense of the word, anything is possible; if Boulder County residents come to us and say there needs to be clarification of the rules.”