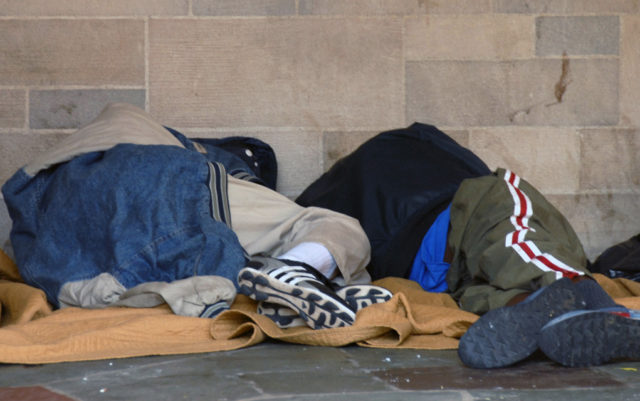 The City of Boulder’s camping ban has been controversial since its inception. Proponents argue it’s necessary for public safety, while critics say it unnecessarily criminalizes homelessness and infringes on civil rights.

On June 14, homeless advocates in Boulder wrote a letter calling on former Boulder District Attorney Stan Garnett to resign from the Bridge House Board of Directors, an organization helping to address homelessness in the city, over pro-camping ban comments he made in the Daily Camera in early March.

“We recognize that Mr. Garnett brings a great number of beneficial community connections and potential resources to the Bridge House Board of Directors, but believe that by publicly expressing such an exclusionary position regarding the rights of indigent and marginalized persons creates a harm that outweighs the benefits of his remaining on the Board,” the letter reads, before calling on Garnett to resign from the Bridge House Board.

The letter calling for Garnett’s resignation was signed by Darren O’Connor on behalf of Boulder Rights Watch (BRW) and NAACP Boulder Chapter, representing approximately 200 people, along with the National Lawyers Guild of Colorado, of which O’Connor is student chapter president.

In his letter, also addressed to Dennis Arfmann, chair of Bridge House Board of Directors, O’Conner takes particular offense to the notion that families and children can’t enjoy public spaces if people experiencing homelessness are also using those same areas. The Camera article reads:

Q: Supporters of the camping ban point out that taxpayers fund these public spaces and if they’re going to be usable by families and children, you have to be able to move homeless people off of them.

“I was frustrated to see [Garnett] come out with a public statement with his credentials against people experiencing homelessness even being allowed in public space,” O’Connor says. “The fact is people can be in public space whether they are homeless or not.”

Garnett left the Boulder district attorney’s office in March and returned to private practice in the middle of his third and final term. He insists the comment in question was said in the context of a broader conversation about homelessness, where he offers other solutions.

“The more involved I am in public discourse, the more concerned I am that in the United States we see everything only through the lens of civil rights rather than with a problem-solving approach. We do it with guns… and we definitely do it with homelessness, too,” he says. “Obviously we should not be violating the civil rights of anybody in how we approach issues. On the other hand, we can’t let the fact that some of these issues are complicated and have civil rights implications prevent us from trying to figure out reasonable solutions.”

For Garnett, the camping ban is a reasonable solution, an opinion he acknowledges isn’t popular with everyone. Still, he believes in the mission of Bridge House and that he can be effective as a board member, as he has been over the past two years. Garnett says he’s told the Bridge House Board that if they want him to, he will step down. However, he has yet to be asked to resign by anyone from the organization.

As stated on its website, the mission of Bridge House is “to address immediate survival needs of homeless and low income individuals” while helping them attain “employment, housing, personal stability and healing.”

But advocates say the camping ban does nothing but criminalize homelessness, further hindering people from getting back on their feet. According to a recent report from the University of Denver’s Sturm College of Law Homeless Advocacy Policy Project (HAPP), Boulder issued 376 citations for violating the camping ban in 2017, and of those, 81.9 percent were issued to people experiencing homelessness. That’s up from a five-year low in 2016 with 233 citations, although, again, 81.9 percent of those were issued to the homeless population.

“For Stan Garnett to say that the camping ban is a good thing and to support the camping ban just makes no sense, especially if he’s trying to help the homeless,” says Charles Nadler from the Colorado Chapter of the National Lawyers Guild. “In fact it opposes the whole purpose of the organization (Bridge House) ,it seems to me.”

For O’Connor and the advocacy organizations he represents, Garnett’s comments in the Camera appear incongruent with the stated goals of Bridge House, and therefore it’s inappropriate for him to remain on the board.

“If Stan doesn’t resign then we want the board of directors to share, to have a discussion about, how they can square Stan’s public statement with their mission statement,” O’Connor says.

Board Chair Arfmann is currently out of the country and did not respond to requests for comment before press time.