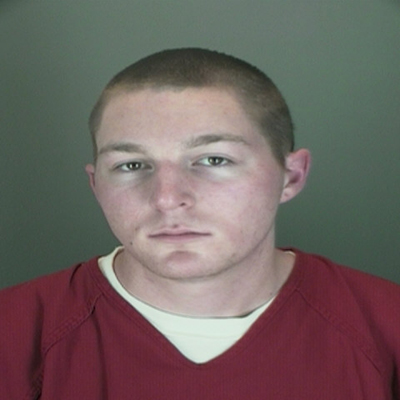 While Boulder County District Attorney Stan Garnett is considering the
death penalty for the man charged in the shooting death on University
Hill last week, it seems unlikely he will pursue that sentence, judging from his past comments against capital punishment.

On
Wednesday, the Boulder County District Attorney’s Office charged
22-year-old Longmont resident Kevin McGregor with first-degree murder in
the March 18 shooting death of 20-year-old Todd Walker. The charge is
one of two under state law that can lead to the death penalty (the other
is treason, according to Garnett), and state statutes require the DA to consider a variety of factors when weighing whether to pursue an execution.

But Garnett has gone on record in the past opposing the death penalty as it is enforced in the United States.

“On a cost-benefit analysis, it doesn’t make sense.
It is far more costly to the legal system than the benefits it provides.
If the legislature brought forth a bill to eliminate the death penalty,
I would probably support it.

“My view is, if the death penalty’s
eliminated, it would be fine with me, but it wouldn’t affect public
safety, which is what the DA’s office is concerned with. Having the
death penalty available has no effect on the justice system in Boulder
County.”

Garnett said in an interview today that his policy
stance against the death penalty has not changed, and he plans to
announce his decision on whether to pursue that sentence soon. But
first, he wants to meet with the victims’ families.

“I kind of
have two different roles,” he told Boulder Weekly. “One is to make sure I
apply the law appropriately in any individual case, and the other is to
talk more broadly about policy issues involving something like the death
penalty.

“My policy view of what’s wrong with the death penalty
has not changed,” Garnett says. “If anything, it’s more intense. But I
don’t really want to talk about it until I finish processing the issues
involved in the McGregor case, because I don’t want to mix the two.

“Out
of respect for what happened in this case, I want to make sure I have
an opportunity to really sit down and discuss the situation with the
folks affected by what happened here. But at that point, I’d be happy to
talk more broadly about the problems I see with the death penalty.”

The American Civil Liberties Union of Colorado issued a statement on March 21 calling on Garnett to take the death penalty off the table in the McGregor case. In the statement, the ACLU notes that “life imprisonment with no chance of parole is the option that has been sought in all but one Boulder County first-degree murder case in the past 30 years. … The United States remains the only advanced Western democracy that fails to recognize capital punishment as a profound human rights violation and as a frightening abuse of government power.”