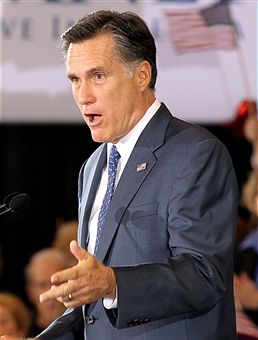 The suggestion that President Obama’s reelection team will try to use
Mitt Romney’s Mormon faith against him is “utter nonsense,” the
chairwoman of the Democratic National Committee said this week.

“That is just preposterous,” Rep. Debbie Wasserman Schultz said in an
interview with MSNBC on Wednesday when asked about recent comments from
Republican Sen. Orrin Hatch, a Mormon himself, who suggested Tuesday
that the president’s reelection team is “going to throw the Mormon
church at [Romney] like you can’t believe.”

“That suggestion is utter nonsense. Let’s remember that President
Obama has had so many things hurled at him—birth certificate questions,
whether he is or is not a Christian,” Wasserman continued (via Politico).
“For them to suggest that religion will be injected [into the election]
by President Obama and the Democratic Party, I mean, I think they need
to take a look inward at the accusations that their party and their
supporters have hurled before they take that step.”