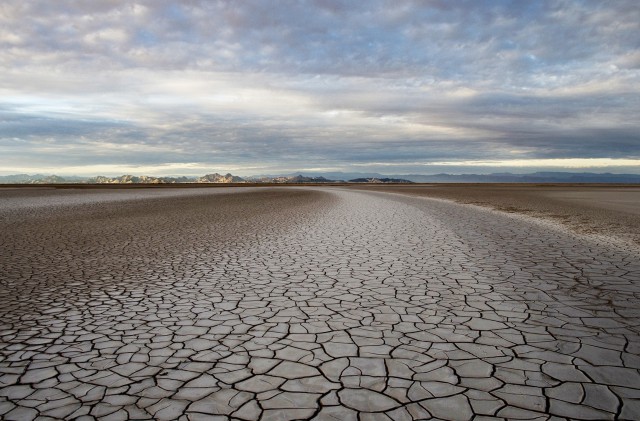 In Colorado, when we think of snow, we often think of skiing.

But for the tens of millions of people who live in the river basin that bears our state’s name, in places like Arizona and California, our snowpack means much more. It means water. And in recent decades, that water has been dwindling.

The rally held at the state Capitol in Denver this week to protest the Windy Gap Firming Project, which would divert even more water from the upper Colorado River basin to quench the Front Range’s thirsty development, is only a microcosm of a larger question: What can be done to address competing water interests in the basin as a whole, when demand is increasing and supply is on the decline?

It’s a question addressed in the Peter McBride film Chasing Water, which is showing next week in Boulder (see story here).

Tom Yulsman, co-director of CU-Boulder’s Center for Environmental Journalism, co-authored a two-part article with journalism master’s student Brendon Bosworth called “Running Toward Empty” in early 2011. One of the questions they asked was whether last winter’s heavy snowpack made a dent in reversing the effects of a decade-long drought that has created “bathtub rings” at shrinking Lake Mead and Lake Powell. Their response was, yes, but it was a small dent, and most signs point to the problem getting worse, not better.

Scientists debate whether the current drought is a symptom of climate change, or just a naturally occurring dry spell that happens periodically. Either way, its effects are real and demand attention.

“We tend to think, OK, the mountains look snowy, things must be OK,” Yulsman says. “We tend to have a short-term outlook, but we’re talking about a long-term process that takes place over years.”

For more answers, Boulder Weekly turned to Jennifer Pitt, Colorado River Project director for the Environmental Defense Fund. Below is the exchange, edited for length.

Boulder Weekly: For those here in Boulder County who may not be intimately familiar with the water management challenges that we’re facing on the Colorado, would you give a quick snapshot of what you’re working on right now?

Jennifer Pitt: From a basin-wide perspective, I think there’s been a recent realization that demands on the river for water actually have been exceeding supply. That’s in part caused by the fact that we’ve been in an 11or 12-year drought.

But drought notwithstanding, especially if demands keep rising, we’re at the point where use of the river’s water is unsustainable. Everybody believes that the region will continue to grow, there’s a great quality of life in the mountain West, in the Southwest, and people are attracted to this region for a variety of reasons. And there’s no reason to think that’s going to stop or that it’s not going to pick up as the economy improves.

That will cause water demands to continue to increase, and there’s a lot of concern that climate change will cause supply to decrease, possibly because of decreased precipitation in the region, but certainly because of increased temperatures that will increase evaporation rates and demands for water.

BW: So it’s kind of like a perfect storm where supply is dwindling and demand is increasing.

JP: Exactly. So that’s the essence of the challenge. Every institution and agency that is a stakeholder in the river and the river’s water is concerned about it. From the environmental perspective, we are concerned that because there is no inherent right to water for the river itself, and because of historically how the river has been managed — where the environment usually gets last dibs — if we are not proactive, there will be bad outcomes for the river. We have the first look at that kind of outcome in the delta of the Colorado River down at the U.S./ Mexico border.

BW: There’s no water reaching the sea, is there?

JP: That’s correct, and it’s been that way for more than a decade now, and when the news came out a few years ago that supply on the river was not keeping up with demand, those of us who have been working on trying to restore flows to the delta of the Colorado River were not surprised, we knew that already, and that’s because we knew there was no water reaching the sea. … The most fundamental challenge I can describe to you is how to keep this region thriving in an economic and quality-of-life frame, without destroying the river that’s so essential to our quality of life, to jobs that are created by the recreation economy, and also to the 70 percent of wildlife in the region that depends on the rivers for some part of their life cycle.

BW: You’ve written about water management and removing barriers to water trading and transferring. Can you talk about what that entails and how difficult that is?

JP: I will need to caveat that and say that I don’t think anyone in the environmental community would advocate for an unregulated market, because we already have a theme in the water world, which is “water flows uphill to money.”

With that said, it is fair to anticipate the day, sometime in the future, when urban conservation does not supply enough water to meet the growing demands of the urban areas of the Southwest. So we’d like to see some ability for water-sharing, basically between agricultural users, which have the vast majority of water rights on the river. We don’t want to see agriculture go out of business by any stretch, by any means. Agriculture is an essential part of the region’s economy, and there’s a lot to be said for our local food supplies, and for the environmental benefits that agriculture supplies and for the quality-of-life benefits that agriculture supplies.

We don’t want to see that disappear, but we do believe that there are ways that agriculture might be able to share water, particularly in dry times, and provide for some of those urban needs. And the reason why this is important is that at this moment, when we’ve realized that demands on the river exceed supply, if you don’t allow for transfers, what you’re ultimately doing when you take a new increment of water out of the river is you’re causing a shortage somewhere else.

If you think of it as one big bucket, with a lot of straws, if we’re already using everything that gets poured into the bucket, then the new straw that gets put in is inevitably creating a shortage somewhere else. So we think we need more attention to how transfers can be done well to optimize benefits across sectors.

BW: This may require a complex answer, but what are the keys to the solution to this challenge?

And we probably need more investment there to increase efficiency, which doesn’t really save you water —although certainly for exports from the basin it does. New flexibilities in water sharing, for the right deals, are going to help, and probably increased awareness by everybody that lives in this region that we live in an arid part of the country and we should be living lives that respect that if we want to maintain our quality of life.

BW: What advice would you give to people living in Boulder County or in Colorado in general if they want to get involved and make a difference?

JP: Every river needs a friend. If we want the rivers of the Colorado River basin to continue to be healthy, and to provide us with the recreational benefits and the wildlife benefits and all the things we love rivers for, if we want those to persist, what will keep that for us and our children and grandchildren is paying attention to what happens there. … There isn’t a group called the Friends of the Colorado, but there are a lot of environmental organizations working to make sure we have plenty of water not only for our communities but also for the river itself.

And when I say that, I mean that very deliberately. We’re not trying to shut down water use by our society’s traditional water users. We want healthy communities in this region, but we believe that can be done in a way that allows us to have healthy rivers in our watershed.

Learn where your water comes from. … I’ve heard it said that the history of the West is written in water, and our question is, how does that story end? We live in a place that is water-short, and yet a lot of us don’t pay very much attention to it. It’s probably the lowest utility bill we get at home, and we’re very lucky to be able to take advantage of a fabulous quality of life in one of the most beautiful states in the nation. And I think the importance of you doing a story like this is to remind people you can’t take that for granted.

If you want thriving communities and a wonderful environment in which you can go and recreate, we need to make conscious decisions to make sure we keep all of that.