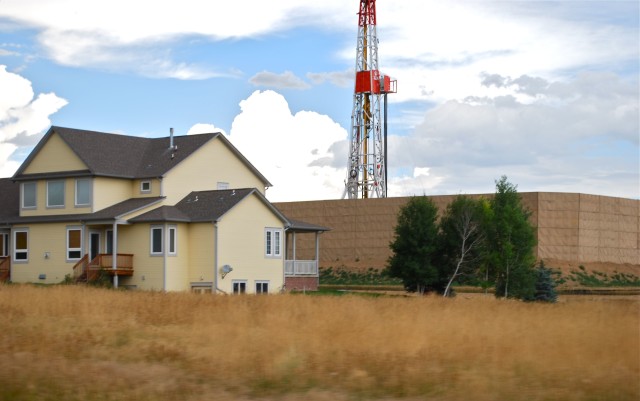 The review-and-comment period in the Colorado Legislative Council, which consists of 18 state legislators, comes days after CREED submitted the initial language for the 11 ballot initiatives to the state. Eight of the eleven initiatives would write into the state constitution a mandatory setback for oil and gas operations; one seeks an outright ban on fracking in the state; one codifies local control and lets municipalities determine if fracking can occur in their jurisdiction; and another would provide rights to any person or entity who felt their right to a healthy environment was threatened.

The comment period was the first step in a long process for the initiatives, as each could be amended based on legal recommendations. Each initiative must garner 98,492 signatures to make it to the November 2016 ballot.

The initiatives come almost two years after Congressman Jared Polis pulled two similar ballot initiatives (one issued a 2,000-feet setback of oil and gas operations, and one granted local control) in 2014 after each had received enough petition signatures. In its stead, Polis compromised with Governor John Hickenlooper, setting up a task force to determine fracking regulations.

That compromise has not sat well with environmentalists, including CREED Executive Director Tricia Olson.

“If the State will not adequately protect Coloradans and communities, then we, the people of Colorado, must do it, and that requires a change to Colorado law,” Olson said in a statement. “Our beautiful state should not be overwhelmed by wells, pads and other industrial oil and gas operations plunked down next to neighborhoods and schools.”

Olson said the new ballot initiatives represent four basic principles: to guarantee local governments the right to make their own decisions on fracking; increase the setback of oil and gas wells from homes and schools; establish the basic right that Coloradans are entitled to a healthy environment; and to ban fracking.

Olson said the “blue ribbon” task force appointed by the governor “did not resolve any of the conflicts between local and state governments.” This continued strife is evidence by the ongoing state Supreme Court lawsuit between the State and Longmont and Fort Collins, respectively. The State and the oil and gas industry are currently challenging the rights of those municipalities to ban and put a moratorium on fracking locally.

Many of the comments from legislators regarding the setback initiatives concerned the definitions of phrases in the ballot measures like “occupied structures” and “processes,” in order to determine what specifically, if passed, these amendments would require of oil and gas operators.

On the initiative that would ban fracking, legislators asked if it was legal for a state to ban fracking; how it would “distribute damages … to the local community where the violation(s) occurred” in order to satisfy the amendment’s language; and if oil and gas operations could continue if the company could prove that it could mitigate environmental and health concerns.