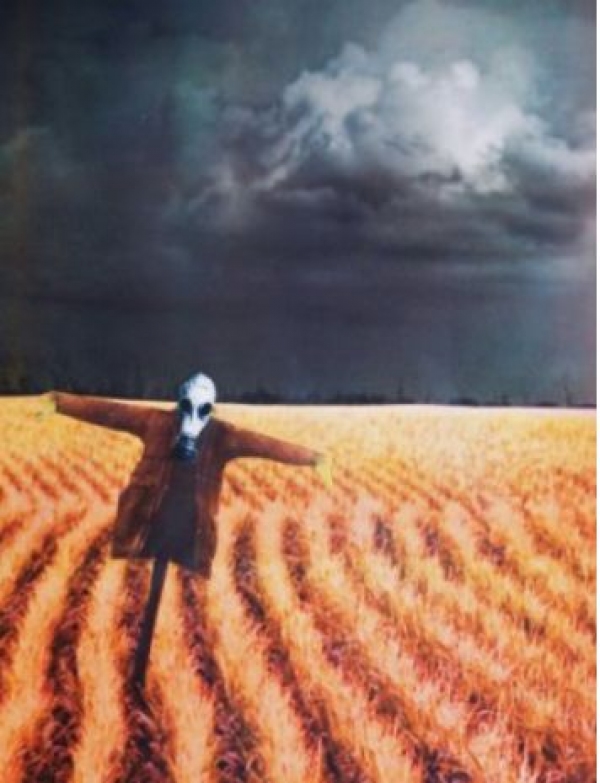 It’s been nearly three years since the Organic Seed Growers and Trade Association (OSGATA), along with a few of its friends and peers, filed a groundbreaking lawsuit against agriculture giant Monsanto in federal district court.

After two unsatisfactory and somewhat contradictory rulings in the lower courts, the Public Patent Foundation, which is serving as the plaintiff ’s lead counsel in the case, filed a brief last week with the U.S. Supreme Court.

The brief is an effort to get the high court to hear and reinstate the OSGATA case, which now has a plaintiff group that has swelled to more than 300,000 individuals and 4,500 farms, along with numerous seed businesses and public advocacy groups, all of whom are seeking protection from potential Monsanto patent infringement lawsuits and the damages caused when Monsanto’s genetically engineered (GE) pollen contaminates organic or non- GE crops by way of drift or other accidental means. The suit also seeks to invalidate Monsanto’s patents on 23 of the company’s GE crops.

BW has been reporting on the twists and turns of this important case since it was filed on March 29, 2011. Here’s a brief recap of what has transpired to date.

In its original hearing before Judge Naomi Buchwald in federal district court in New York, the court sided with Monsanto’s motion to dismiss the case. The court basically found that the plaintiffs couldn’t seek protection from Monsanto’s patentinfringement lawsuits because the company hadn’t actually sued the plaintiffs yet and therefore no actual damage had been done. Apparently, it was Buchwald’s opinion that it wasn’t enough that Monsanto had sued or settled out of court with more than 600 other farmers for patent infringement and could sue any of the plaintiffs at any time if the wind happened to blow the company’s GE pollen in their direction.

OSGATA and the farmers appealed Buchwald’s decision to the Court of Appeals in New York. There, a three-judge panel rendered a mixed message in July 2013. While the appeals court ultimately upheld Buchwald’s earlier decision, the judges also noted that Monsanto’s patented GE crops were quite likely to contaminate nearby non-GE crops.

According to a statement released this December by OSGATA and the Public Patent Foundation, the “three-judge panel at the Court of Appeals for the Federal Circuit in Washington, D.C., issued a bizarre ruling that plaintiffs are not entitled to bring a lawsuit to protect themselves from Monsanto’s transgenic seed patents ‘because Monsanto has made binding assurances that it will not take legal action against growers whose crops might inadvertently contain traces of Monsanto biotech genes,’ as stated anonymously on the company’s website. Farmers find this ruling inconclusive and insufficient to protect their future economic interests since the appeals court readily admitted that contamination from Monsanto’s genetically engineered crops is ‘inevitable.’ This Appellate Court ruling importantly validated that farmers do have a legitimate fear of contamination, something that the court and Monsanto’s own attorney, former Solicitor General Seth Waxman, admitted in court during oral arguments. Despite dismissing the farmers’ and seed growers’ case, the Court of Appeals ruling found the likelihood of contamination significant enough to order by estoppel that Monsanto make good on its promise not to sue farmers that are ‘inadvertently contaminated with up to one percent of seeds carrying Monsanto’s patented traits.’” While Monsanto’s promise not to sue can be viewed as a small victory for the plaintiffs in the case, overall, it was hardly a definitive decision by the appeals court.

The suit was originally filed because the current interpretation of the law seems to allow the victim to be sued by the perpetrator. When Monsanto’s GE pollen trespasses onto a neighboring field, contaminating and ruining a non-GE crop, the neighboring farmer whose crop has been ruined is considered to be in illegal possession of a patented product.

It truly boggles the mind. In a recent interview with BW, OSGATA president and seed grower Jim Gerritsen described it this way: “Can you imagine if a person decided to paint their house purple on a windy day, and as they’re spraying their purple paint, it’s blowing all over their next-door neighbor’s white house. But instead of having to pay the neighbor for ruining their house, the guy with the purple house sues his neighbor for taking some of his purple paint. It makes no sense.”

For now, the appeals court decision does nothing to reverse this bizarre legal position afforded to Monsanto and other seed monopolies that have patented traits within living organisms that can be spread inadvertently by nature.

That is why the plaintiffs in this suit are now asking the U.S. Supreme Court to step in and reinstate their case.

When asked if he thinks the plaintiffs could be successful at the Supreme Court, considering its current conservative, pro-corporation majority, Gerritsen answers with cautious optimism. He says, “We’ve learned not to try and guess how judges are going to act. This is a good case with merit, so we have to hope the Supreme Court will give us the opportunity to present our arguments in a U.S. court. That’s all we have been trying to get for three years.”

Gerritson says the biggest problem that the plaintiffs have run into is that the judges to date have had no understanding of agriculture. He says that “1 percent is not sufficient protection for farmers to carry on operations. I know farmers who have had more than 1 percent of their crops damaged. I know farmers who have had to abandon growing organic canola, corn and soy beans, not because of the possibility that it could become contaminated [with GMOs] but because of the certainty of contamination.”

It’s not just the contamination that is affecting farm families. According to Gerritson, in their effort to protect their crops, farmers are having to spend thousands of dollars a year to test their organic and non-GE crops for Monsanto’s patented traits. They are also having to leave some of their land unplanted on their side of the fence to act as a buffer against Monsanto’s GE crops.

“We’re paying property taxes on all of our land,” says Gerritson, “but we can’t farm all of our land. It’s unfair. The polluter that is causing this expense doesn’t have to pay anything. Farming is a difficult enough proposition without having to spend money to protect ourselves from Monsanto.”

Gerritson sees the fight with Monsanto as something far more than a struggle between farmers and a corporation. He says, “We’ve spent 37 years as a seed grower. We’ve got four children who farm with us, two are still in school. We’ve raised them to believe that this is the greatest country in the world. We’ve taught them that it is based on a system of justice, a system that works for the common man.

“All we want is to be able to carry on our work of feeding the nation without having to protect ourselves from being sued into bankruptcy. We went to court seeking justice, and we’re not going to give up if we lose this case. The problem is still there and it needs a remedy.

The farm families who account for many of the 300,000 plaintiffs expect the Supreme Court to make a decision on whether to hear their case sometime in 2014.

They are eagerly awaiting their day in court. Respond: letters@boulderweekly.com