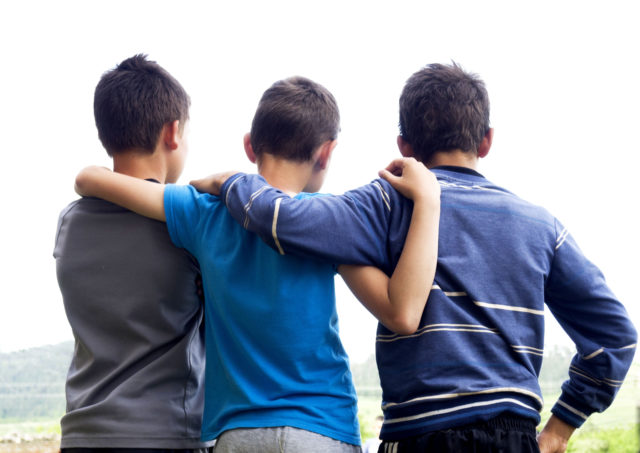 Before the summer of 2018, most Americans had never heard of the Flores settlement or about the Office of Refugee Resettlement (ORR) and its role in the care and placement of unaccompanied immigrant minors. Once it became known that the Trump administration was separating families at the border and thousands of kids were being held in overcrowded facilities along the U.S.-Mexican border and around the country, however, this court case and agency have been thrown into the national spotlight. And as the coronavirus pandemic continues to spread throughout the country, there have been rising concerns about how the federal government is protecting unaccompanied immigrant minors currently in its care.

The original Flores settlement agreement, finalized in 1997, charged the federal government to release immigrant children from detention as soon as possible and place them in the least restrictive environment possible. Over the next several decades, courts have ruled the federal government in violation of the agreement multiple times when it comes to both unaccompanied minors and children held in detention with their families.

On Friday, April 24, the federal judge overseeing the Flores settlement, Judge Dolly Gee of the U.S. District Court in Los Angeles, ordered both Immigration and Customs Enforcement (ICE), which detains migrant children with their families, and ORR to “make every effort to promptly and safely release” children due to concern over the spread of the virus in congregate settings such as shelter and detention facilities.

At least 59 children held in ORR facilities have tested positive for COVID-19 out of approximately 2,100 unaccompanied minors in ORR custody throughout the country, according to CBS News.

The latest order from Judge Gee doesn’t really affect the one ORR facility in Colorado, says Ashley Harrington, managing attorney of the children’s program at the Rocky Mountain Immigration Advocacy Network (RMIAN). The facility in Westminster, operated by Devereux Advanced Behavioral Health, opened in December 2019 and is contracted to house a maximum of 16 boys ages 14 to 17. RMIAN employs an attorney and paralegal dedicated to the facility, who conduct know-your-rights seminars and free legal screening to every kid who comes through the facility. Harrington says since the Westminster shelter opened, RMIAN has worked with about two dozen boys, all from the Northern Triangle countries of Guatemala, Honduras and El Salvador. As of Monday, April 27, Harrington says all the boys except one have been released, and RMIAN expects the last one to be freed soon. By and large, she says, RMIAN isn’t concerned about how the local ORR facility is treating the boys in its care, in light of the pandemic or otherwise.

“We would absolutely want a light shined on it if we were concerned about how the kids were being treated or that they were being held longer than they should or something like that, but so far so good,” Harrington says. “There aren’t the same concerns as with ICE and other ORR facilities, especially the horror stories you heard last summer, hundreds and hundreds of kids being held in Walmart warehouses for months at a time. There are plenty of egregious stories out of ORR [facilities] but not here yet.”