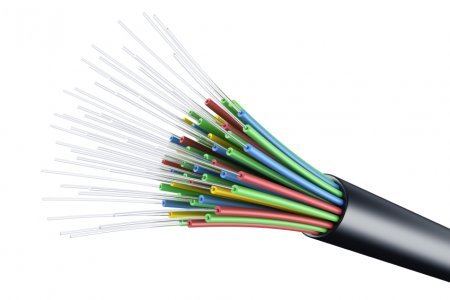 When is a big, bad city government the little guy? When it’s going up against corporations and their trade associations that have shown they aren’t afraid to bend the truth.

That was the case for the City of Longmont in 2011, when its voters considered whether to allow the city to use its own fiber-optic network. Question 2A that year asked voters to approve the city’s use of the fiber-optic network it already had installed, rather than only allowing outside companies to use it. The network was largely unused at the time, as a state law restricted who could use it.

The question would essentially establish a city-owned telecommunications and cable utility, much like Longmont’s long-standing electric utility, or allow the city to contract with a third party.

Opponents of the measure — a group that called itself Look Before We Leap — argued the network would be too costly and would expose the city to a “risky experiment” that would cost the city “as much of your tax dollars as it needs.”

At the time, the director of Longmont Power and Communications, Tom Roiniotis, told Boulder Weekly that such arguments were taking liberties with the truth. He said the eventual municipal telecommunications entity, if one were created, would have to fund itself, not draw from city funds.

But that didn’t stop the campaigning of Look Before We Leap, which ultimately spent $385,000 on mailers, TV ads, door-to-door canvassers and phone calls trying to defeat the measure. The group’s pamphlets employed scare tactics in a very literal sense: Halloween-style fonts asked potential voters if they “Want to hear a scary story?” before ripping the municipal telecommunications idea as “a money pit” and “a highly speculative venture.”

The funding for Look Before We Leap all came from one place, according to its campaign filings with the City of Longmont: the Colorado Cable Telecommunications Association. The CCTA, a trade group representing multiple telecom companies, including Comcast, Turner and Optimum, donated $385,000 to Look Before We Leap and was listed as its only donor. CCTA’s spending on the Longmont ballot question dwarfed the group’s spending on any statewide issue or candidate in the past decade, according to the National Institute on Money in State Politics, which tracks political spending on its website www.FollowtheMoney.org. The trade group spent only $171,000 in total on state ballot measures and candidates between 2003 and 2012.

Meanwhile, facing this industry-funded group with deep pockets was: nobody.

“There were no groups organized and collecting/spending money in support of the ballot issue,” says Valeria Skitt, Longmont’s city clerk, in an email responding to a request for the financial reports of any groups in favor of Question 2A.

Look Before We Leap made an argument that a city-sponsored mailer to voters amounted to campaigning for the measure, because the city’s pro/con list was slanted toward the pro side, but the city maintained the pamphlet was neutral, and Look Before We Leap did not pursue the complaint. Various community and business leaders, including then-Mayor Bryan Baum, spoke out in favor of the measure. In the end, even without any group spending money trying to pass Question 2A, the measure passed with more than 60 percent of the votes.

Since the vote, the city’s power utility has expanded to cover communications. And in May, staff of Longmont Power & Communications presented a feasibility study to city council covering the next steps in providing city-owned broadband services to Longmont residents. A survey included in the feasibility study found that Longmont residents have a positive view of the city’s ability to provide power that would likely transfer to the communications realm. The city is also shooting for a 20 percent discount over Comcast prices to draw in new customers.