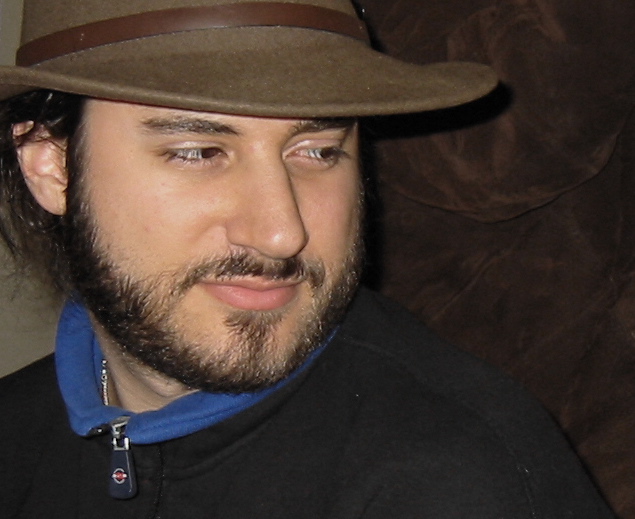 Surgical tools carefully arranged on a table, a screaming baby in a white gown and men singing a blessing. This is a scene in Eliyahu Ungar-Sargon’s documentary Cut: Slicing through the Myths of Circumcision, which will be playing at the Boulder Jewish Community Center on Tuesday, Oct. 18, at 7 p.m.

The film is gory at times, including both still shots and live footage of circumcisions, often with sound. However, the graphic scenes help ask a controversial question: Should Americans, Jews in particular, question the practice of circumcision?

Ungar-Sargon, producer of Cut, was raised an Orthodox Jew. However, the producer began questioning both the Orthodox religion and its practice of circumcision after he participated in a ceremony as the sandek, or person who holds the baby, when he was 17 years old. The resulting documentary follows his examination of the tradition and raises questions about the medical, ethical and religious claims behind circumcision.

The producer says he has serious questions about the ethics behind circumcision that not only stem from the pain caused to the infant, but also the sexual repercussions of removing the foreskin.

“When you circumcise an infant boy, you are damaging his penis in a very profound way,” Ungar-Sargon says. “The most sensitive part of [the] penis is removed, the part that has a very high concentration of nerves. This greatly diminishes sensory effects. Those consequences of circumcision, they stick with a man for the rest of his life.”

Goldfeder also provides counterarguments to a few of the common qualms of people who are against circumcision.

“If [a person’s] argument is that circumcision is painful, I would say that while it is about the body, it is also about being a more perfect conduit for the soul to come through,” Goldfeder says. “If [a person’s] argument is that it reduces pleasure, I say there are different kinds of pleasure, like pleasures of the soul. Having the goal of enhancing just the pleasure of my body does not seem like the response of someone seeking a pure and spiritual life with God. I believe it is a small price to pay for a close relationship with God. Also, I have never heard a Jewish man say he does not enjoy sex.”

Despite his disagreements with the arguments made by Ungar-Sargon, Goldfeder says he hopes to be able to attend the film and participate in the discussion panel afterwards. He says it is painful to him that Jews are questioning the tradition of circumcision, but he would like to participate in the conversation to understand their viewpoints.

Though the film highlights the issues surrounding circumcision, the producer says he is not an activist and is respectful of differing views.

“I see my role as providing people with the tools to think critically about this harmful practice,” Ungar-Sargon says. “I judge my success by the quality of the experience I can provide and my ability to educate and provide people with enough information that they can have high-level discussions about the subject. If you really understand what circumcision is, and the issues around it, you are forced to question what kind of Jew you want to be.”

Ungar-Sargon no longer describes himself as an Orthodox Jew, though he says he is still involved in the community and still considers himself to be very Jewish. However, after his research of the practice, he is not planning on circumcising his sons. For more information or to find tickets, visit www.cutthefilm.com.