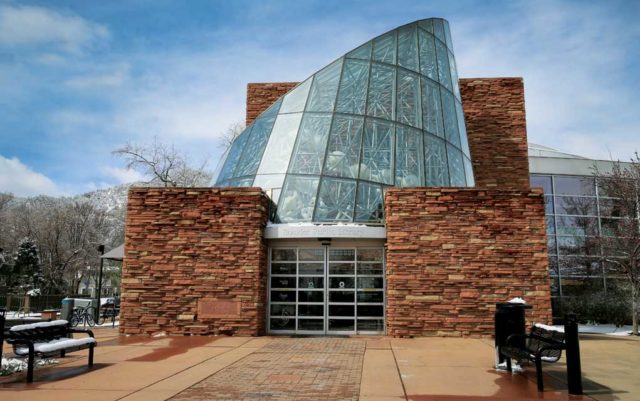 After four years of campaigning and haggling over little details, Boulder City Council on Tuesday night voted 6-3 to form a library district that would reconfigure how the city’s libraries are funded. The government entity exists only on paper until and unless voters also OK a property tax increase to fund it.

Council decided that the new district can ask for up to 3.8 mills, or around $19 million each year. That would add roughly $200 to the property tax bill for a home worth $850,000, and around $1,000 for the equivalent value of commercial property.

The district would free up around $10 million in the city of Boulder’s general fund by reallocating the sales tax revenue that’s currently budgeted for the library. Although city taxpayers would pay slightly less than county property owners—a 0.333 mill property tax for the library would lapse, saving them a tiny bit of money—many opponents of a district have lamented the tax increase.

“I will be paying double,” said Jean Aschenbrenner during three hours of public testimony—“once to the district, and once to the city.”

Others argued that the city should up library spending, foregoing the need for a district.

Proponents pointed to myriad service cuts under city leadership: The Canyon Theater has been closed for two years; BLDG 61, the library’s makerspace, is open only a few days a week; and the Carnegie Library for Local History is accessible only by appointment. A district could also bring long-promised branches to Gunbarrel and Niwot. (Niwot may be left out of the proposed district boundaries, which were revised to exclude Jamestown.) Council left that decision up to Boulder County Commissioners, who will meet Thursday night to consider the resolution.

David Limbach, head of Niwot Community Association, shared results of an informal survey of 111 residents showing that most use Longmont’s library and would prefer to join a district there, which is also being considered by that city.

Commissioners and council members need to agree on terms of the new district, and quickly. There is a May deadline for decisions with property tax implications. City Council kept that in mind when setting conditions for the district, which include: a 3.8 mill-cap on how much property tax the district can ask for (that doesn’t mean the tax increase will be that much, only that it can go no higher); and the establishment of district boundaries to exclude Jamestown and possibly Niwot. A voting precinct that include recent Marshall Fire victims was left in, despite objections, but Mayor Aaron Brockett floated the possibility of rebates for the first few years of the district. These homes will eventually rebuild and recoup their value, he and member Matt Benjamin argued, and the district will be around for decades. “I’m thinking about the tax base 20-30 years from now,” Benjamin said.

The district will dissolve by 2024 if a tax has not been passed, allowing the district to ask voters twice for funding.

A committee of council and commissioners (two members from each) will select Library District trustees. The board will be ratified by both governing bodies, and reports will be made twice annually to each (per state law).

Still to be determined is whether the district will lease library buildings and/or land from the city, or take over ownership. There will be more opportunities for public input as those terms are hashed out, city staff said.

Nearly 100 people spoke, with a roughly 65/35 split of those in favor vs. those opposed. Another 25% of folks who had signed up to speak dropped off the call, possibly because of the late hour. The public hearing closed at 11:24 p.m. Council’s vote came around 12:30 a.m.

Bob Yates, Tara Winer and Mark Wallach dissented to the formation of the library district, with Yates issuing a dire prediction and harsh rebuke for his fellow elected officials: “I think tonight’s decision is going to reflect badly on this council,” he said. “I think the tax is going to fail, and we’re putting our library in limbo for some time.”

See you next Tuesday

There are no public hearings (or consequential council votes) scheduled for the next two weeks, but there are some important discussions happening.

Next week, City Council will get an update on racial equity work over the past year, and goals for 2022. That includes a first look at the city’s much-touted Racial Equity Instrument—the 13-page list of questions that is supposed to (eventually) guide all city policies, programs, spending and decision making.

Also next week, the community will get a look at the almost-done plan for building out East Boulder over the next 15-20 years. On April 19, we’ll get an update on flood mitigation work at CU South/South Boulder Creek, and a lengthy discussion on continued outdoor dining and road closures along Pearl Street.

The program has been popular with council members and the public, but some restaurant owners along West Pearl have complained about reduced traffic and revenue.