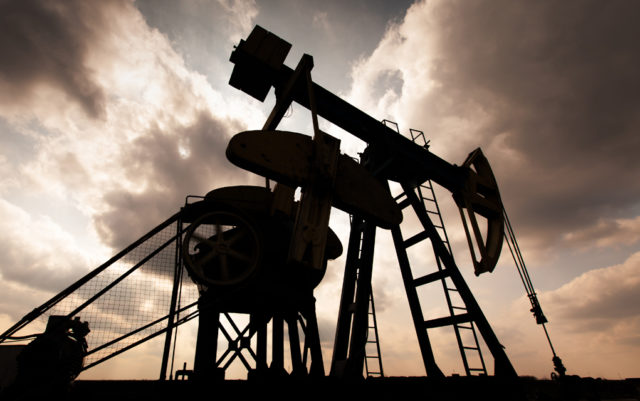 For years, environmentalists have raised concerns that oil and gas companies were going to leave communities on the hook for the billions of dollars it will cost to plug abandoned wells.

Now, new research from the nonprofit Carbon Tracker (released June 18) indicates the cost to plug wells in Colorado and beyond could cost as much as 10-15 times what was expected.

“Costs are going to be greater than the industry is saying,” says Robert Schuwerk, Carbon Tracker executive director of North America.

With COVID-19 and global oil market fluctuations, tens of thousands of wells have been shut in this year alone. Industry members have claimed the drop in production is temporary, but Schuwerk says when one also factors in the continued push toward renewable energy, “It’s quite possible that we would’ve seen peak oil demand in 2019. It’s already in the rearview mirror.”

That’s a problem for covering the cost of capping abandoned wells, which oil and gas companies are required to do when a well is no longer producing in order to mitigate environmental impacts. The concern has always been that taxpayers will foot the bill instead of the companies that profited from drilling the wells.

Carbon Tracker’s report, titled “It’s Closing Time,” found that the nationwide oil and gas industry “may not have sufficient revenues and savings to satisfy liabilities for hundreds of billions of dollars … as they come due.”

That’s because states, including Colorado, didn’t set bond rates high enough to ensure there was enough money to cap the wells. Horizontal wells and deeper wells will cost as much as $300,000 per well to cap, as opposed to the earlier assumption of $20,000-$40,000 per well.

And the recent downturn in the market has only accelerated the problem. That’s because there was a fundamental flaw in the way oil and gas companies viewed paying for these obligations: they thought they could make up for it with future revenue. But when the certainty of future revenue is thrown into doubt, so too does the funding source for cleaning up the industry’s messes.

“If we all decided to start saving for retirement at 60, we’re not going to be able to make up all that lost time,” Schuwerk says. “The problem is not as manageable as if we’d started when we had that first job.”

The report highlights other systemic problems within the oil and gas industry that have exacerbated the issue.

First, there’s a profit motive for oil and gas companies to sell low-producing wells (called stripper wells) to smaller companies, thus passing the buck for capping those wells when (and if ever) they run dry. Schuwerk says because there’s no penalty for this, or for selling to companies with low credit, companies realize they “can sell it on to some other operator and go bankrupt.”

(Denver-based Extraction Oil & Gas was the latest industry company to file for bankruptcy on June 15.)

The second systemic issue is the concept of “zombie” wells: idle wells that sit, sometimes for decades, unused or little used, but that are not required to be permanently retired. Thus, companies are disincentivized to spend the money to cap the wells, and the report indicates the number of these wells has “ballooned.”

And, of course, there’s an environmental impact for uncapped wells. If a well is not properly plugged (or a plugged well isn’t serviced over time), it can release methane. EPA data indicates millions of abandoned and improperly plugged oil and gas wells across the U.S. are releasing massive amounts of methane into the atmosphere.

There are also ground-level issues with not capping wells — air and water can be contaminated. That fact, combined with the stark financial realities outlined in this report and others, could actually encourage lawmakers and community members to coalesce around a solution.

“There are increasingly more policy makers and officials at the state level that see the writing is on the wall and know that this is not going to be the same as it always was,” Schuwerk says. “And it’s not just the politicians, it’s the landowners, the ones who live next to it, the ones with wells on their land that are not producing any more except for toxic fumes.”

Schuwerk recommends new wells be bonded at the rate it’s actually going to cost to cap them — that’s common sense, and “it just needs to be implemented.” Regulators can do more to disincentivize abandoned and stripper wells, and implement an increase in bonding to wells that are currently producing, Schuwerk says.

Building political support to enact those changes will be a challenge, but there is momentum via the growth of the renewable energy sector and support for environmental action as seen in the Paris Climate Accords. But ultimately, Schuwerk says, there is a powerful financial motive to bring bonds up and otherwise ensure oil and gas companies pay for capping wells.

“The states that have bonding in place are going to get paid out of those bonds,” he says, “and the states that don’t will get nothing.”