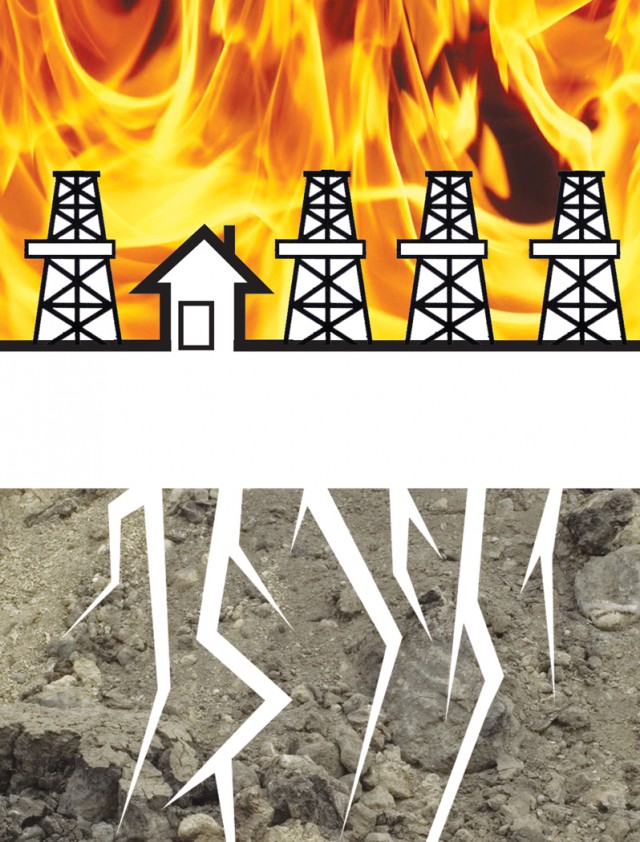 Josh Fox, the creator of Gasland, the documentary film that helped catalyze national activism against hydraulic fracturing, will be the guest speaker at an anti-fracking fundraiser in Boulder on Dec. 2.

The event will also feature live music (including Fox on his banjo), some of the state’s top “fractivists” and Fox’s mother, founder of The Mothers Project.

Money generated by the fundraiser will go to the organization Be the Change USA to help the city of Longmont mount a legal defense of its oil and gas regulations and voter-approved fracking ban, as well as toward an effort to pass statewide anti-fracking water initiatives.

“Be the Change, Jamming for a Frack Free Colorado,” being held from 3 to 5 p.m. Sunday at the Unity of Boulder Spiritual Center, will feature a silent auction and live performances from members of Elephant Revival, Laura Goldhamer, Michael Bellmont of Our Longmont, Earth Guardians, Konundrum and Pressure Point. Fox will also join the jam, playing the signature banjo featured in Gasland. Admission is free, but donations are encouraged.

Phil Doe, environmental issues director for Be the Change, says the event is partly a call to action for governments and organizations to intervene on behalf of Longmont as it defends itself against the state’s promised lawsuit challenging oil and gas regulations approved by city council in July, as well as against the lawsuits that are expected to challenge the outright ban on fracking approved by voters in the Nov. 6 election.

“What happens with Longmont with this court case is going to affect the rest of us,” Doe says. “It’s time for the oil and gas industry to quit hollering foul every time a regulation is introduced. … It’s time they started paying the piper.”

Fellow event organizer Wes Wilson, an anti-fracking whistleblower who retired in 2010 after 35 years with the Environmental Protection Agency, appeared in Gasland and helped arrange Fox’s visit. Aside from bolstering Longmont’s legal defense, Wilson says Fox is interested in helping raise money to revive statewide initiatives that would limit the oil and gas industry’s ability to use water for fracking.

Doe and fellow environmentalist Richard Hamilton were unsuccessful in their effort to land Initiatives 3 and 45 on the ballot this year. Initiative 3 would have secured the public’s unrestricted access to the natural streams it owns, while Initiative 45 would have amended an article of the state constitution protecting the right to divert water for beneficial uses. The amendment, intended to curtail the use of water for fracking, would have kept anyone from causing irreparable harm to diverted water.

Doe and Wilson argue that fracking permanently damages and removes water from the hydrologic cycle.

“They’re lazy,” Wilson says of the oil and gas industry. “They have a race to the bottom. They don’t want to spend more money, and they use clean water so that the chemical mix is always the same.”

Doe and Wilson acknowledge that part of the reason they failed to gain enough signatures to place the two initiatives on the 2012 ballot is that the measures were too complicated. But organizers have a chance to simplify them before the next opportunity to change the state constitution: the 2014 election.

“We were criticized, and I think correctly, that it was too complex,” Wilson says of the effort.

“The people with the petitions had a hard time explaining it,” Doe says, adding that an initiative is “easier to sell if it’s short.”

Doe explains that in addition to shortening and simplifying the initiatives, Be the Change intends to hire signature gatherers next time instead of relying solely on volunteers. He estimates that it costs about $1 per signature to gain the 86,000 signatures necessary to place the measure on the ballot.

Wilson says that the money raised Sunday will help “build up a kitty so that we can do this professionally.”

“I think the people of Colorado will defend their water against fracking and any other threat,” Doe adds.

Fellow event organizers Diana Caile and Jodee Brekke founded the Colorado chapter of The Mothers Project (www.mothersforsustainableenergy.com and www.facebook.com/TheMothersProject.orgColorado), an organization formed by Angela Monti Fox, Josh’s mother, who will also speak at the fundraiser.

The chapter has launched a “Pledge of Resistance to Continued Hydraulic Fracturing in Colorado,” which has about 600 signatures from the likes of world-renowned climate scientist James Hansen of Columbia University, actresses Mariel Hemmingway and Darryl Hannah, musicians Jakob Dylan of the Wallflowers and Vince Herman of Leftover Salmon, and Cornell University faculty members Robert Howarth and Anthony Ingraffea, whose research has exposed the possible environmental threats posed by fracking. The pledge is available at http://bit.ly/COpetition.

Caile says activists from other Colorado counties, including Huerfano and Adams, are expected to attend, alongside participants like Doe, Wilson, Sam Schabacker of Food and Water Watch and Shane Davis, a leading researcher on the impacts of fracking in Colorado and chair of the Poudre Canyon group of the Sierra Club. (Davis will deliver a presentation on Boulder County fracking trends, research and activism at the Unity church from 4 to 7 p.m. on Dec. 8.)

The Dec. 2 fundraiser for Be the Change will be followed by a “Do the Math” presentation on climate change by Bill McKibben and 350.org, from 7 to 9 p.m. in the Glenn Miller Ballroom at the University of Colorado Boulder’s University Memorial Center.

Caile describes it as a “double whammy,” and Wilson adds that “it’s a real treat for Boulderites to get them both.”

In addition to providing a forum for planning the local anti-fracking movement’s next steps, Caile describes the Be the Change event as “a way to have a celebration and have fun together, because we’ve had a lot of sleepless nights.”

Doe agrees, saying the Longmont vote can serve as inspiration for future efforts.

“Democratic action should trump property rights,” he says. “It just proves that organized people can beat organized money, which is pretty rewarding, when you think about it.”

The final public hearing on Boulder County’s new land use code and moratorium regarding oil and gas operations is scheduled for the 4 p.m. county commissioners meeting on Tuesday, Dec. 4, in the county courthouse on the Pearl Street Mall.

2 tickets to the film Chasing Ice

Variety of other paintings

Tickets to films at the Boedecker