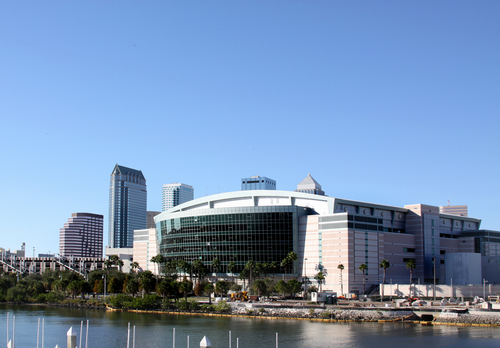 Two attendees at the Republican National Convention were tossed from the Tampa Bay Times Forum after an apparently racist incident directed at a CNN camerawoman.

The attendees threw nuts at the woman, who is black, and said “This is how we feed animals,” according to multiple sources. Police and convention security removed the two men.

“Multiple witnesses” saw the incident, CNN reported. In a statement, convention organizers said, “This kind of behavior will not be tolerated.”

Read the story at Slate.