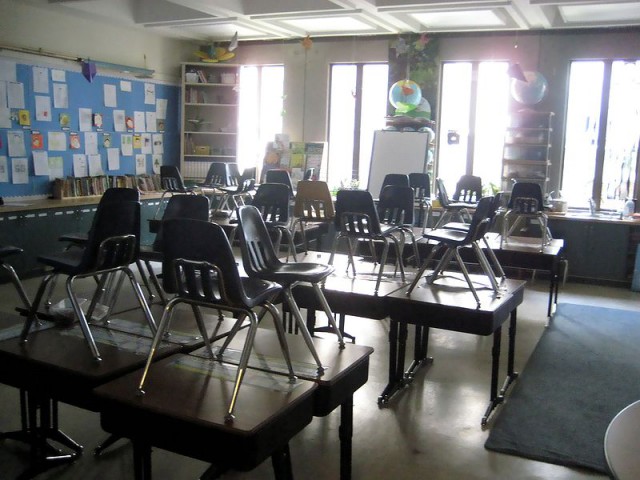 So goes a public health parable (which, apparently, exist). It’s told from lecterns, stages and plastic chairs at professional training seminars, school assemblies and semi-circle support groups. The message is this: We can catch people who have fallen, but it’s better to catch them before they fall.

It’s with that message in mind that Boulder County schools and support organizations approach teen suicide in the county. As other causes of death for county teens like car crashes, overdose and illness reduce in frequency, suicide remains steady and now constitutes 41 percent of teen deaths in Boulder County. That is more than double the national average. About one student in every high school classroom will attempt suicide in Boulder County this year, according to a recent Youth Risk Behavior Study. The rate is even higher for minority groups like LGBT and non-white students — more on that in a bit.

About 14 percent of all students said they had seriously considered attempting suicide in the past year. More than 15 percent of students actually came up with a plan to attempt suicide. And 6.7 percent had attempted suicide.

That information was culled from a biannual Youth Risk Behavior Study and presented to City Council this month as part of the Status of Children in Boulder County report. The report assesses available data on youth health, mental wellbeing, economic state and more, and derives conclusions that help direct policy planning.

Boulder County is on par with national and statewide averages for the actual number of suicides. However, the rate at which self-harm and suicide attempts make up youth hospitalizations is slightly higher than other places, says Dr. Stephanie  Greenberg, who compiled data for the Status of Children report. That is, Boulder County doesn’t have more suicides than the average county, but suicides do constitute a far greater percentage of deaths and hospitalizations amongst youth than in other counties.

On the state level, Colorado has the ninth highest rate of suicide — both youth and adult — in the country and that rate has increased in the last 10 years, according to the Centers for Disease Control and Prevention. Nationally, about 4,200 children take their own lives.

There are a number of reasons for suicide but it’s hard to apply any one reason to any one case. In Colorado, issues like family stress, identity issues, bullying, depression, alcohol abuse and access to suicide tools can all factor into a youth’s decision to contemplate or attempt suicide, says Faye Peterson, executive director at Second Wind, a suicide outreach group in Boulder.

“There’s a couple theories. One theory is the accessibility of guns. There are a lot of suicides from guns, unfortunately, and we do have a lot of guns in our state,” says Peterson. About 45 percent of teen suicides nationwide are from self-inflicted gunshots, according to the CDC.

“I recall seeing self-harm and suicidal behaviors way back when I started [in 2001],” says Hecht. “It’s hard to say if it’s increased since I started but what I do believe strongly … is that distress tolerance skills of adults and kids, ever since the influx of cell phones and social media, have really tanked.

“When I was in high school we didn’t have computers or cell phones. When you had things you were struggling with, you were forced to spend time by yourself with your thoughts. What I know we all see across the board is so many of our clients — and adults too — that we are so often seeking validation of our decisions and input on our decisions from others. And our youths are reporting they’re on their phones and computers until all hours of the night.”

“Many of the kids I speak with struggle the most at like three o’clock in the morning when there’s no one online to talk with and they just sit with their suicidal thoughts,” says Hecht.

Hecht says the school district is trying to teach students mindfulness skills so that they will have the mental acuity to overcome those situations.

Another reason a young person may consider suicide is because he or she feels different from everybody else. The statistics of suicide rate amongst Hispanic and LGBQ students in Boulder County were amongst “the most alarming” that Greenberg says she found in the study.

“There are many unique struggles [for LGBT youth],” says Mardi Moore, executive director of OUT Boulder. “Even in Boulder, these bad things happen. And to a certain extent, we pretend like they don’t because after all it’s Boulder. But it does happen.”

“On the surface, we are an accepting community but it’s not safe to be out in all places,” says Moore. “Junior high and high school is not a safe place to be in any way, and when you add sexuality on top of that, it’s a whole ‘nother battle.”

Moore was quick to note that LGBT youth are not the only minority at risk of suicide. Hispanic and non-specified minorities are more likely to consider, plan and attempt suicide than white students.

To combat the continued cases of teen suicide, organizations like OUT Boulder and the school district have worked to create a network of support for students.

In the Boulder Valley and St. Vrain school sistricts, Hecht says, there is a multi-pronged approach to curbing suicide.

“Family support, positive support, generosity, mental health … We really focus on how can we help kids recognize which strengths they have and which need to be vitalized and how they can do that. The more sources of strength you have, the better life you can live,” says Hecht.

In Boulder County schools, there are multiple sources of support under one umbrella called the BVSD Suicide Prevention Partnership (many of these programs run in Longmont as well). The partnership is made up of the HOPE Coalition of Boulder County, Sources of Strength, the Second Wind Fund and Colie’s Closet. The groups work in concert with each other to prevent suicide before the student takes any action — to catch children before they falls.

Programs include assemblies, group discussions, support and counseling. The message is different than that which you may have heard in assemblies growing up, says Hecht.

“This program is kind of a school culture shift,” says Hecht, adding that the program addresses suicide openly and honestly “rather than sensationalizing the idea of suicide with posters of bottles of pills or razor blades.”

Hecht says to “address the issue with the source of the problem” means to put programs in place that make it easier for at-risk students to seek help. It also means telling students that if they see someone struggling, they need to inform someone who can help.

“I think kids are reached in different ways,” says Hecht. “We’re sending the message that keeping that code of silence for each other as youth is dangerous. Not only are we increasing sources of strength but that if you know a friend is having these thoughts, that you need to reach out. You’d rather have a friend that’s angry at you than a friend who takes his own life.”

Hecht says after two years in the district, the program is reaching students.

“We saw our numbers go up in suicide counseling, [and] we think it was because of that messaging,” says Hecht.

At Second Wind, anyone up to age 19 who is not insured or underinsured can receive counseling for free. Peterson says the group had 48 referrals from Boulder Valley School District — “It’s the biggest year we’ve had,” she says.

But there are still obstacles in reaching every student in need. Hecht says Boulder County is a “lovely place to be” a student interventionist and that principals “understand how our kids cannot academically achieve and be successful if their [emotional] needs are not met.”

However, Moore says schools are “probably not” doing enough for marginalized youth who, again, are much more likely to attempt suicide than their peers.

“There is more to be done for sure,” says Moore. “Not allowing the youth in Longmont to properly post and get the word out about their Gay-Straight Alliance is an example of an area to improve.”

At Skyline High School in Longmont, the school’s Gay- Straight Alliance was not allowed to advertise over the school’s announcement system or post flyers last school year because it was not classified as a “curricular club.” That kind of denial puts at-risk youth like LGBT students at even greater risk because they feel like they have no outlet, says Moore.

OUT Boulder hosts Tuesday night events and an annual film festival to support LGBT youth in the community. Schools will come around, Moore says, but it may take time.

“More resources are certainly in line that would address some of these problems. Social change takes a while and we’re headed in the right direction for sure, but there is certainly more to be done,” Moore says.

“It’s getting talked about, it’s getting out there in the community,” says Peterson. “We don’t shy away from it. Mental health and suicide presentation, there is the need to de-stigmatize talking about difficulties and that’s what we’re talking about with kids.”

For now, with the suicide prevention partnership in schools and groups outside of the district, more and more people are making their way from the bottom of the waterfall to the top of the hill.