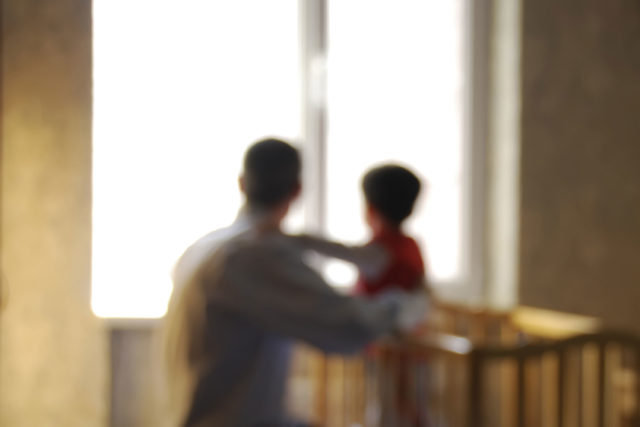 Within a week of the coronavirus shutdowns, the team at Boulder County’s Three60 Foster Care began facilitating virtual visitations between parents and kids in their care. They were able to train staff on protected video conferencing software, make sure parents had what they needed to participate, and told foster parents what to expect from the new format.

“A lot of our parents don’t have cellphones, WiFi, laptops, so it took a week to figure out who needs them and who doesn’t need them so the County would provide anyway we could,” says Bonnie Lloyd, foster care and adoption supervisor for Boulder County.

The County has about 200 to 240 kids currently in its care, Lloyd says, and while calls of suspected child abuse, one of the main drivers of kids entering the foster care system, have gone down 50% since the pandemic started, requests for placements have remained consistent. Still, Boulder County only has three vacancies in the system, with only 62 registered foster homes, with about the same number of homes taking care of family members or kids they already had a relationship with (known as kinship homes).

Overall, Colorado has a shortage of foster parents for the approximately 14 kids that enter the system each day. In 2017, Colorado Department of Human Services (CDHS) said there’s a need for about 1,200 homes statewide, with about 5,000 children in the foster care system around the state.

Each of the 64 counties administers its own foster care program with supervision, and funding, from the CDHS, meaning that the response to the coronavirus has varied.

Boulder County has done particularly well in setting their families up with computers or phones to continue the virtual family visits, something not all Colorado counties have done so quickly, says Kimberly Sworn, the director of clinical services for treatment foster care at SAFY, a national nonprofit with offices in Longmont that works especially with youth who display significant trauma and behavioral symptoms.

These kids, Sworn says, benefit from structure, consistency and routine, all of which have been disrupted by the coronavirus closures and stay-at-home orders.

“Our population have higher needs — youth who have a diagnosis of PTSD or major depression or generalized anxiety or attachment disorders,” Sworn says. “And those symptoms we’re seeing increase and a need for additional support.”

The organization has also seen an increase in psychiatric holds and assessments at hospitals, she says.

“In general, as you add somebody new to the home, it’s always stressful,” Sworn says. Now, “There are a lot of adjustments with staying at home all the time and all the unknowns and fears around the pandemic is creating a lot of additional stressors.”

The stay-at-home orders only add more to foster parents’ already full plates, Lloyd adds, as many are trying to work from home, homeschool, and maintain a schedule of virtual therapeutic appointments for their foster kids each week. They also now participate in the virtual visitations.

Under normal circumstances, they would only interact during one icebreaker meeting where the parents communicate how they would like their child parented while they are separated. For example, they could tell the foster parents about dietary restrictions or desires, religious observations, even give permission (or not) about cutting their child’s hair, Lloyd says. Then when it came time for visitations, foster families would drop off the child with a case worker who would then transfer them to their parents.

With virtual visits from the foster home, however, everyone is on the screen at the same time, interacting much more than they are used to.

“A parent may see the child climbing all over the foster mom, or even calling the foster mom, ‘mom,’ because the other kids in the house are calling her mom,” Lloyd says. “So emotionally that’s very difficult for parents to see. We can’t control that.”

Virtual calls also don’t provide the same level of interaction for parents and their children, which is especially challenging for toddlers and infants, Lloyd says. Older kids can sit and talk to their parents, filling them in about their lives. But toddlers only manage to last a few minutes, so social workers have started asking foster parents to take 10-minute videos of children several times a week to send to their parents, in addition to the weekly calls.

With infants, it’s even more difficult, Lloyd says. The purpose of the in-person visits is to continue to form healthy attachments, and so the parent often feeds their kids, changes their diapers, spends time looking into their eyes.

“What you’re going to see there is a drop in attachment,” she says. “That’s a piece that the virtual [calls] just can’t meet that need.”

For Boulder County, home visits are also being done virtually, a case worker checking in on the child and foster family through a video conference call rather than in person. Although families still walk case managers through their entire house and observe how the foster parents and children are interacting, there are limitations to these virtual visits, Lloyd says.

“You don’t get that in-person connection,” she says. “You see things differently when you’re there.”

SAFY is still conducting weekly home visits if there aren’t any health risks either for staff or people in the home, Sworn says, but they do look a bit different these days. Instead of spending an hour and a half or so inside, the case workers talk to foster families and children outside from at least six feet away. The meetings are much briefer as well but Sworn says they’re supplementing these with additional virtual meetings throughout the week.

“There is a piece with telehealth, that it’s harder to read facial expressions or body language and provide that in-person and direct response,” Sworn says, and some kids have shorter than normal attention spans using technology. “However, we have had some teenagers who have been more engaged in the telehealth platform versus in person. We’ve seen the gamut in responses to that.”

Regardless of the limitations of virtual visits, both Lloyd and Sworn say that nothing would stop a case manager from responding to concerns in person if the need arises.

Likewise, Boulder County case managers are still responding in person to emergency calls when there is suspected child abuse, regardless of the health risks associated with the coronavirus.

“That’s not happening virtually, that’s hands-on with or without the police, and they’re really putting themselves on the line,” Lloyd says. So far, Lloyd says there hasn’t been an increase of kids needing foster care in Boulder County in recent weeks. Likewise, each week, SAFY gets between 25 and 60 referrals for placement and that hasn’t changed much, Sworn says. However, there is concern that child abuse and neglect is being overlooked in the current environment, as kids are no longer interacting with those that usually report issues, people like teachers, doctors, day-care workers or after-school programs.

“There are a lot fewer eyes on children,” Lloyd says. “We’re really asking neighbors to pay attention … please call if you have a concern of child abuse.”

The pandemic has also caused delays in foster care placement in some cases, both Lloyd and Sworn say, with some youth have stayed in psychiatric hospitals or group homes for a few days longer than they normally would have.

But many foster families are still open to taking in new foster kids, Lloyd says, although placing adolescents continues to be a challenge. One family already had six children, but just took two more, for example. Another couple offered a finished basement to any adolescent youth who needs a place to quarantine. If that wasn’t adequate, the husband even offered to get a hotel room and quarantine with a sick child if needed, Lloyd says.

At SAFY, Sworn says, there has been varied response from foster families.

“We’re continuing to do support and placements at SAFY as much as possible,” she says. “But we do have some families that are considered in the high-risk category according to the CDC recommendations, that have opted not to moved forward until the pandemic has calmed down a bit.”

However, both Boulder County and SAFY are still conducting training for new foster parents, starting new rounds of classes recently, although it’s all been moved online. (Boulder County is 24 hours over eight weeks, whereas SAFY requires 32 hours of training due to the needs and level of care of the youth it serves.)

Court proceedings have also moved online, and family reunifications are still possible under pandemic conditions, Lloyd says. The only proceedings that have been delayed until at least June are terminations (a loss of parental rights) and adoptions. Lloyd says there are about 15 adoption cases that have been postponed.

“We are doing our best to keep our foster kids and their parents connected, to meet the needs of the foster children and to keep everybody safe as possible until we’re through this,” Lloyd says. “I hope this is not long-term, but I don’t think anybody knows yet.”