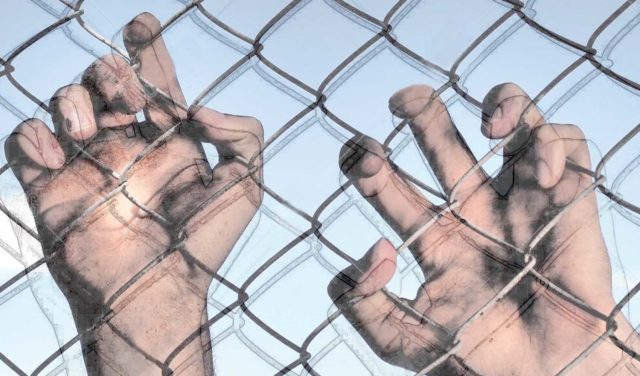 Animosity against the undocumented immigrant community in the United States has surged since Donald Trump announced his candidacy for the U.S. presidency and if news reports are to be believed, the hate and discrimination has only increased now that he is the 45th President of the United States.

On Jan. 25, Trump signed the Border Security and Immigration Enforcement Improvements executive order which does several things. It allows for the hiring of an additional 5,000 Border Patrol agents; the ending of “catch and release” by making detention mandatory; the construction of detention facilities along the southern border; and makes it possible for state and local law enforcement to perform the duties of immigration officers.

On Feb. 14, Reuters reported that nearly 700 undocumented immigrants had been arrested around the country in raids said to be aimed at undocumented persons who had committed serious crimes. But as has been widely reported, numerous people whose only crime was the lack of documentation were swept up by U.S. Immigration and Customs Enforcement (ICE) officers. Even as headlines reporting these so-called “target raids” heighten fears in the undocumented community, states and municipalities are trying to figure out how to respond, and the proposed solutions thus far are anything but consistent. Some lawmakers want to protect those living in the country without proper documentation, while others want to help expose such people.

In Colorado, lawmakers are considering two very different bills: one that could provide more protection to undocumented immigrants, the other intended to increase deportation and prevent local and state officials from creating “sanctuaries,” in essence safe zones wherein police and other law enforcement personnel are instructed to ignore a person’s citizenship status.

One of the key points in Trump’s executive order regarding border security empowers state and local officials to operate as immigration officers, something numerous municipalities, including Boulder, have said they will defy. But this unwillingness to comply doesn’t sit well with everyone.

Colorado Springs Rep. Dave Williams has proposed a bill, titled the Colorado Politicians Accountability Act, that would punish elected officials who create sanctuary jurisdictions. Under Williams’ bill, such officials would be charged with a class 4 felony for “rendering assistance to an illegal alien.”

If found to have protected an undocumented immigrant in any manner specified under the bill, officials would be facing two to six years of imprisonment and a fine ranging from $2,000 to $500,000. The bill would also allow the victim of a crime committed by an undocumented person within the sanctuary jurisdiction to sue officials for nearly $2 million, funds that would be expected to come out of the officials’ own pockets.

Only those officials voting in favor of a sanctuary or complying with sanctuary policies without attempting to change those policies would be subject to the law. Williams’ bill also says its provisions override those of the Colorado Governmental Immunity Act, which protects elected officials from lawsuits stemming from their official political actions.

According to a number of media reports, Williams has said his motivation for the bill was primarily influenced by a case in California wherein 32-year-old Kate Steinle was killed by an undocumented immigrant who had been deported several times prior to the murder, but who had been protected from a sixth deportation by San Francisco’s sanctuary city policies.

Williams describes the bill as “a common sense bill” that he says has received positive feedback from voters and constituents in his district.

“If everyday Americans have to suffer the good and bad consequences of their actions, their consequences and their behaviors, why should politicians be any different?” Williams says.

If the bill passes the judiciary committee, it will move on to the State House of Representatives, where Williams predicts it will be turned down because of the Democratic majority. In an interview with Fox News, Williams stated that he plans to resurrect the bill to the Republican-controlled Senate if it fails in House.

The Colorado Politicians Accountability Act would also expect law enforcement who have “reasonable cause” to suspect a person is undocumented to report that individual to ICE — a requirement that resembles a previous Colorado bill, Senate Bill 90.

Senate Bill 90 (known as Colorado’s “Show Me Your Papers” law) also required local law enforcement to expose anyone suspected of being undocumented to ICE. But in 2013, Rep. Joseph Salazar (D-Thornton) and Sen. Irene Aguilar (D) effectively repealed the bill by sponsoring the Community and Law Enforcement Trust Act, which dismissed the previous requirement to report and relieved the financial burden that came with playing the role of ICE. The Salazar/Aguilar bill was intended to foster safer interaction between law enforcement and immigrant communities.

Now, Salazar is attempting once again to create a safe zone for undocumented immigrants living in Colorado. Last month, the lawmaker presented the Ralph Carr Freedom Defense Act — named after former Colorado governor Ralph Carr, who stood up for the rights of Japanese Americans during their interment in World War II. Salazar and his team are currently finalizing the language of the bill before officially introducing it, but a copy of the draft can be found on the Colorado General Assembly’s website.

Salazar says the Ralph Carr bill would not make Colorado a sanctuary state, but simply allow local government to implement its own regulations regarding its interactions with the immigrant community. He argues the bill would be protected under the 10th Amendment of the United States Constitution, which says any power that is not given to the federal government is given to the people or the states.

Salazar also contends that the 10th Amendment would shelter Colorado from Trump’s Executive Order Enhancing Public Safety in the Interior of the United States, also signed on Jan. 25. The executive order’s primary goal is to effectively enforce federal immigration laws and to revoke federal grant money from jurisdictions that choose not to comply.

While many cities in Colorado have been labeled “sanctuary cities” for refusing to unlawfully detain an individual under suspicion that he or she may be undocumented, Boulder is the first city to officially claim the title. In early January, before Trump’s inauguration, the Boulder City Council unanimously voted to protect the immigration status of its residents. Boulder could lose $8 million or more in federal funding in 2017 for defying Trump’s executive order, and that number could go up if Boulder suffers a natural disaster, such as the flood in 2013. However, Rep. KC Becker (D-Boulder) does not believe Trump’s threat will actually be enforced.

“We know that Trump has a volatile personality that makes a lot of threats but that those threats are often not in line with the Constitution or necessarily the will of Congress,” Becker says. “He tries to govern through intimidation and demagoguery, and we’re going to push back against that as much as possible.”

Becker supports Salazar’s argument that the Ralph Carr bill would simply allow Colorado to exercise its right to create its own policy regardless of federal law.

“We, as a state, have the ability to decide how we’re going to use our own resources and the federal government does not have the power to tell us how to use our resources,” Salazar says.

Unlike Rep. Williams, Salazar’s concern lies in how his bill will be approached by the Republican-controlled Senate. He’s fairly certain it can pass the House.

Rep. Williams argues that the residents of Colorado would not accept the Ralph Carr Bill positively.

“I think we’d be affected negatively,” Williams says. “I think if Representative Joe Salazar’s sanctuary city bill were to pass, making Colorado a sanctuary state, then the Trump administration would quickly move in and take away federal funding and that’s something that we desperately need in order to fund the operation of our government and make sure Colorado is successful.”

Whether Trump can or cannot withhold federal funds from states that seem to operate as sanctuaries has yet to be clarified by his administration or the courts.

Although the Ralph Carr Act would also create a shield against a Muslim registry, which has been a hot topic of discussion under Trump’s presidency, it is unknown whether Williams is for or against the shields the act provides outside of those for undocumented immigrant communities.

“That’s not the topic of focus,” Williams says. “This is not about supporting a registry or not supporting a registry. What Salazar is doing is he’s trying to flout federal immigration law. I can tell you that no one in the Republican caucus is going to support any registries like that; it’s not what the issue is. The issue here is whether or not we’re going to keep the community of Colorado safe.”

In response to Williams’ proposed Colorado Politicians Accountability Act, Salazar is close to certain that the bill will die in the House.

“It’s a very infantile and immature bill that [Williams] has brought against communities that have never harmed him at all,” Salazar says. “He’s trying to use victims as his reason to go after immigrant communities.”

Salazar highlights that the undocumented community rarely engages in crime in the first place.

“Research demonstrates that there is no correlation between someone being undocumented and committing any crimes,” he says.

Certainly there are undocumented immigrants that do commit crime, and cases like Kate Steinle’s can prove that, but rates are not as high as they are made to appear. In an interview with 60 Minutes, Trump stated he would prioritize deporting the 2 million undocumented immigrants with criminal records, a number he extracted from a 2013 report by the Department of Homeland Security (DHS). Yet, the report actually reflected crime committed by both undocumented immigrants and lawful permanent residents, meaning the rate for the undocumented community exclusively is smaller than 2 million. Research from the Migration Policy Institute estimates that from the 1.9 million figure found by the DHS, unauthorized immigrants make up 43 percent (820,000).

Extensive research by the American Immigration Council shows that immigrants are less likely to commit a crime than those who are native born. It found that although from 1990 to 2013 the number of undocumented immigrants in the U.S. grew from 3.5 million to 11.2 million, FBI data shows a 48 percent decline in crime rates during that same time period.

Salazar argues that most immigrants make the decision to leave their home country behind, also often leaving family members, not to disobey the law but to pursue the safety and economic security the United States promises.

In a state that has proven to be closely split between the Democratic and Republican parties, it is difficult to predict the future of either the Colorado Politician Accountability Act or the Ralph Carr Freedom Defense Act. There is no clear timeline of when or if either act will become law, but it is certain that the undocumented community in Colorado will be affected regardless.