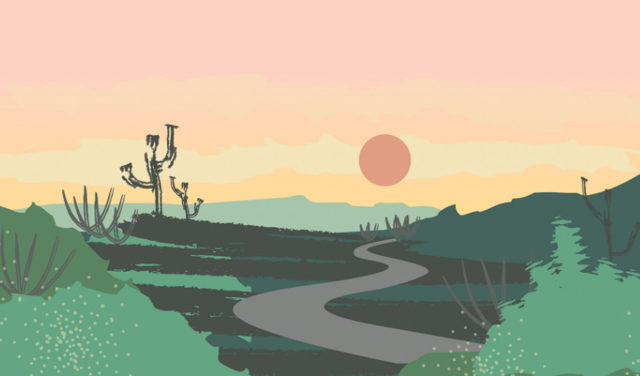 If you’re returning to Honduras, consider covering up any tattoos and be able to explain them if asked — the tattoos might be the thing that puts you the most at risk. Once back in Mexico and Guatemala, try to blend in, not appearing too vulnerable or too cocky. But in Honduras, either of those might be the best strategy to keep you safe. If you’re going back to El Salvador, avoid wearing Nike Cortez or Adidas tennis shoes, don’t use the numbers 13, 18 or 503, watch your language for common slang like “brother,” “madre” or “carnal.” All of this could unknowingly associate you with a gang.

“People who were born in El Salvador but haven’t been there for a long time, wouldn’t necessarily know that,” says Gabriela Flora with the American Friends Service Committee (AFSC), a national immigrant rights advocacy organization.

There’s a lot that immigrants might not know about their native countries if they were to be suddenly deported, or voluntarily return, because of U.S. immigration policy and enforcement. But that’s where AFSC’s “Crossing South” initiative comes in. Released on Oct. 15, the online guide, available in both Spanish and English, provides information about Mexico, El Salvador, Honduras and Guatemala. It explains how to get your affairs in order in the U.S., what can be expected from the detention and deportation process, security precautions to take upon arriving in your native country, and organizations that can help.

“For people who are deported, they can suffer a lot when they don’t know anyone and they don’t have anyone to teach them the ways or to support them down there. And it’s really hard to be in this predicament,” Lupe Lopez says. “So this guide is a really helpful tool.”

Born in Chiapas, Mexico, although her family is originally from Guatemala, Lopez immigrated to Colorado in 1998. In 2012, she was stopped, with her husband, and because they didn’t have Colorado drivers’ licenses, they were both were taken into immigration detention. They have been fighting their deportation ever since, with a final court date set in January. The couple, who live in Fort Morgan, have five children together.

“If we are deported, my kids are really worried because they’re citizens and they have futures here,” Lopez says. “My son is really sad and depressed because if they do deport us in January, he’ll have to graduate alone in May.”

The reality of deportation is not new, and many families and individuals have already had to navigate returning to unfamiliar situations. Under the Obama administration, the U.S. deported a high of 409,849 people in fiscal year 2012. By the time Obama left office, the number of deportations had dropped to below 250,000 (in both 2015 and 2016), but have since increased under the Trump administration. In 2018, ICE’s Enforcement and Removal Operations deported 256,085 undocumented immigrants, a 13% increase from 2017. In the Denver Area of Responsibility (AOR), which includes Colorado and Wyoming, 3,253 people were deported in 2018. The vast majority of these people were sent back to Mexico, Guatemala, Honduras and El Salvador.

The Crossing South guide came out of conversations between two people who attended AFSC’s Not1More table discussions, gatherings of immigrants and advocates seeking to support each other through deportation proceedings by educating families about their rights and sharing legal strategies to prevent removal. At the same time, families often grapple with the possibility that they may have to return to countries where they either haven’t lived in a long time, or perhaps places they have never even been.

The threat of deportation is very real for Christina Zaldivar, a U.S. citizen, and her family. She married her husband, Jorge, a Mexican immigrant, in 2005 and quickly started the process of permanent residency. In 2007, due to an administration error, Jorge’s residency was denied and the couple has been fighting his deportation since 2008.

The couple has five children, all U.S. citizens. Her two older daughters are now adults with families of their own, although they were only kids when the process started. Another son is disabled, and her two youngest children are only 9 and 11.

Along with another Not1More member, Zaldivar brought the idea for the Crossing South guide to AFSC.

If Jorge is ever to be deported, Zaldivar says, how’s he supposed to know where he can sleep safely, or get food and water, or how he can get a Mexican ID, which allows him to work?

“In Mexico if you don’t have an ID showing that you’re Mexican or from there, you can’t get a job, you can’t apply for assistance, you can’t prove who you are, therefore you’re in limbo,” she says. What’s more, she’s never lived in Mexico and neither have her children.

“My fear is all of us having to deport and not having a leg to stand on,” she says.

“I’m stuck between do I leave my children here for their safety and just go with my husband, or do I tell my husband after 20 years, you have no wife or kids?” she says. “This is my life.”

Developed in Colorado, with some state-specific information (like consulate locations and processes at the GEO detention center in Aurora), the guide is being shared throughout the country via immigration attorneys and advocacy groups, Flora says, including printable wallet cards people can carry with them. All told, the guide took a year and a half to research and put together, and AFSC reached out to their offices in Guatemala and El Salvador, as well as coordinating with other organizations helping recently returned migrants in Mexico and Honduras.

“It was really important to have people who are on the ground in those countries sharing that information with us so that they could let people know what that is going to be like,” Flora says. “This is also coming out of experience from folks who got deported quickly or folks we knew that had experienced real challenges once they got back to the home country particularly for their children.”

For the Mexico guide, Harriet Mullaney with AFSC traveled to Nogales and spent time on both sides of the border with the Kino Border Initiative, a nonprofit run by the Jesuits that provides humanitarian aid and services to recent deportees.

“My ability to see this program in action and all of the services that really sort of set the bar for the types of information that we wanted to be able to provide for other places,” Mullaney says.

At Kino, the staff helps individuals contact relatives in Mexico and arrange travel, even connecting them to resources to help pay for it. They help them get Mexican IDs, provide safety training, even help them with employment if they want to stay near the border so their family in the U.S. can visit easily.

“When people are more prepared at the moment of deportation, it helps us (Kino) focus our energy on the most needed services and can allow us to do proactive work instead of just reacting to a situation of insecurity,” says Joanna Williams, director of education and advocacy, for Kino.

The Crossing South guide isn’t exhaustive, however, and some of the information is constantly changing both Mullaney and Flora say. They encourage people to double check what’s in the guide before they really need it.

“We want to work toward a future where this resource is not needed, that people who are here and are members of our community are able to remain with their families and with the communities that they’re a part of,” Flora says.

But until then, AFSC hopes the Crossing South guide can help people feel a little bit safer, a little bit more in control, despite the often traumatizing and dehumanizing deportation process.

U.S.-born children can obtain dual citizenship in Mexico but not in Guatemala. Dual citizenship is possible in both Honduras and El Salvador, but not guaranteed. Regardless of which country you are returning to, always avoid purchasing fake birth certificates and gather your children’s school records, along with multiple copies of birth certificates. Have your marriage license, immunization and other medical records ready. Make sure you assign a power of attorney to take care of any financial and property assets you leave behind in the U.S. Make a friend on the plane, and stay together after arrival for support.

Once you are in the country, avoid casual conversation and eye contact, don’t put identifying documents in your bag, keep them on your person. Carry small bills because of the high potential of bribes and have a code word to use with family members in case someone calls asking for ransom.

Most of all, “Breathe,” the guide advises. “Know that your family and community are holding you in their thoughts and prayers and it is your own inner strength that will get you through this difficult transition. Take good care.”

Clarification: The article originally said the Crossing South guide came about at conversations at the Not1More table discussions, but it has now been clarified that it specifically came from two members of that group.

Correction: A previous version of this article misstated the reason Lupe Lopez and her husband were taken into detention. It also misstated that both Zaldivar’s youngest children are boys. We apologize for the error.