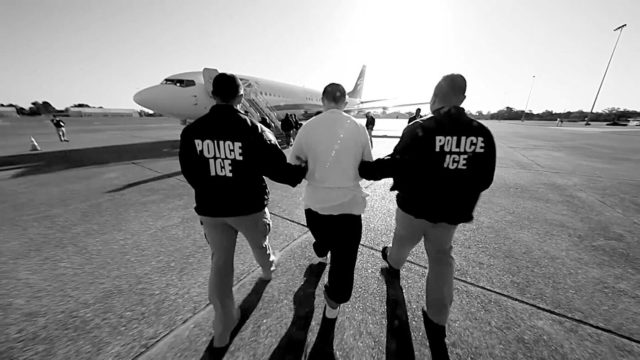 When Boulder County Deputy District Attorney Christina Rinke found out that Jose Lopez-Gutierrez had been deported by Immigration and Customs Enforcement (ICE), she petitioned the district court in Boulder to revoke his bond and issue a warrant for his arrest should he return to the U.S. The DA’s office then started asking questions as to why it had not gotten prior notice regarding the deportation.

Lopez-Gutierrez, who had been living in Longmont, was arrested in May and charged with sexual assault of a child, after which he was released on a $20,000 bond. He showed up for a preliminary hearing on Sept. 12, with an arraignment scheduled for Nov. 1. But, as court documents filed by Rinke show, ICE arrested Lopez-Gutierrez on Sept. 23 and deported him on Sept. 30. Rinke and the DA’s office didn’t find out about the deportation until nine days after the fact.

“For the victim and the community, but also for the accused, the criminal justice system should be able to run its course before he was subjected to deportation,” says Boulder County DA Michael Dougherty. “Victims, witnesses and defendants should be able to come to the courthouse and ensure that justice is done in their cases. And here, this is a glaring failure to allow us to accomplish that goal for anyone, mostly because ICE failed to notify us.”

Deportations prior to trial have been increasing around the country as a result of changing enforcement priorities under the Trump administration. This practice is causing problems for local criminal justice systems.

According to the Boston Herald, at the end of October 2019, the chief justice of the Massachusetts Supreme Judicial Court wrote a formal letter to the area acting director of ICE requesting that the agency stop deporting people facing criminal charges, at least without alerting the courts and prosecutors first, “in the interest of justice.”

John  Fabbricatore, the acting field office director of ICE’s Denver Area of Responsibility, which includes Colorado and Wyoming, says that other law enforcement agencies can request custody of anyone ICE is holding who has pending criminal charges. But obviously such a request can only occur if local law enforcement is aware that ICE has the person in custody.

According to Fabbricatore, ICE follows a specific process when it comes to removing someone from the country, one that involves alerting local law enforcement agencies. First, the agency has to work with foreign governments to confirm a detainee’s country of origin and arrange for proper travel documents. Then, Fabbricatore says, ICE checks with local and federal law enforcement agencies to ensure that there aren’t any wants and warrants filed against the detainee. “After we clear through all that, we ask if anyone wants them back for criminal conviction and would you like to writ them out?” he says.

ICE also claims it checks with other federal agencies like U.S. Citizen and Immigration Services and Department of Homeland Investigations before removing someone.

If ICE clears all those hurdles, then the person can be deported, Fabbricatore says.

“I’d rather people go to court and I’d rather us know that this person actually did this or that, so that we have a clear cut criminal history when a person re-enters the United States, which a lot of them do,” he says. “Unfortunately, many of the jails release people on PR bonds and other bonds and they abscond before the end of their sentence. And then we’re chasing people in the wind.”

But it appears this process was not followed in the Lopez-Gutierrez case.

Boulder Weekly spoke with the acting director before learning the details of Lopez-Gutierrez’s case. In response to follow-up questions from BW, ICE provided a statement that defends the procedures it followed, stating that Lopez-Gutierrez had a final order of removal from an immigration judge and “he was removed from Colorado streets to prevent him from committing more crimes.” Furthermore, the statement points out that Boulder County law enforcement, including the DA’s office, doesn’t cooperate with ICE, and “the DA now has the audacity to publicly complain that ICE did not cooperate with it by notifying the county of Lopez-Gutierrez’s removal to Mexico.”

ICE did not address specific questions regarding why they failed to follow the process Fabbricatore laid out, including alerting the DA’s office. Also, it should be pointed out that Lopez-Gutierrez has not been convicted of the crime since he was deported before his arraignment.

Dougherty says ICE has not responded to requests from the DA’s office for an explanation as to why it failed to notify them that Lopez-Gutierrez had been arrested and was slated for removal.

ICE has used the case of Lopez-Gutierrez as a national success story, an example of ICE arresting and deporting immigrants in the interest of public safety, despite local law enforcement agencies that don’t cooperate with the federal agency. But Dougherty contests that assessment, arguing that in many ways, public safety, which is contingent on prosecuting the case, is what was lost.

“This isn’t so much my saying that he should never be deported as much as public safety should be the top priority,” Dougherty says. “And here they (ICE) failed to give appropriate consideration to the victim and to community safety.”

Dougherty admits he’s seen it go both ways in his career: sometimes ICE lets prosecutors know, allowing them to request the person be brought to the Boulder County Jail, and subsequently to the courthouse so the case can proceed. But every once in awhile, ICE deports someone without notifying the DA’s office first, which is “completely unacceptable,” he says.

If the DA’s office had been notified, “we would have taken steps to secure his appearance in order to complete the prosecution of this serious case,” he says.

Regardless of what process was or was not followed in the case of Lopez-Gutierrez, there is no legal issue with removing someone with pending criminal charges from the country.

“The law in place is that ICE can take enforcement action against anyone they want to,” says Hans Meyer, a prominent Colorado immigration attorney. “And then the question becomes whether and to what extent they (ICE) choose or not choose to cooperate on a local level with a local prosecutor.”

As it stands now, if Lopez-Gutierrez ever does return to the U.S. and gets picked up due to the warrant, then the Boulder DA will have to recontact the victim, the victim’s family, any witnesses and effectively restart the prosecution all over again. Likewise, it could be difficult for the accused to remount a defense if too much time has passed, Dougherty says.

“Public safety definitely necessitated him being allowed to go through the entire prosecution,” he says.

If Lopez-Gutierrez had been found guilty, he would have served a mandatory sentence of eight to 24 years in Colorado before being subject to deportation, Dougherty says.

“So that means, in my mind, whether it’s the United States or his home country, the people in both countries would have been kept safe for that period of incarceration,” he says. “What they actually did was completely thwart any opportunity we had to secure justice and preserve public safety.”

Meyer takes it one step further: “It’s sort of the quintessential example of ICE trying to deflect responsibility and basically use it for cheap political purposes when realistically the decision to do this, and the result of the fact that there’s both no ongoing prosecution and no opportunity for this gentleman to defend himself, that ultimately lays at ICE’s feet.”