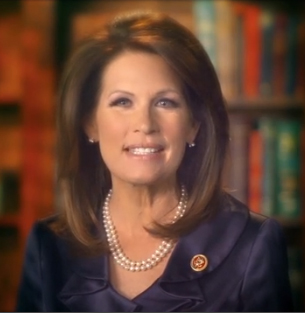 Rep. Michele Bachmann, R-Minn., formerly a favorite of the tea party before her unsuccessful presidential primary campaign, has released an eight-minute, 40-second video on YouTube announcing her retirement at the end of the current Congressional term.

Bachmann, whose campaign is under an ethics investigation from a House committee for improper spending, was the first woman to win the Republican straw poll in Ames, Iowa. Elections watchers thought at the time that might indicate a strong candidacy for Bachmann, but she dropped in the polls and eventually dropped out of the race.

See the story at The Atlantic.