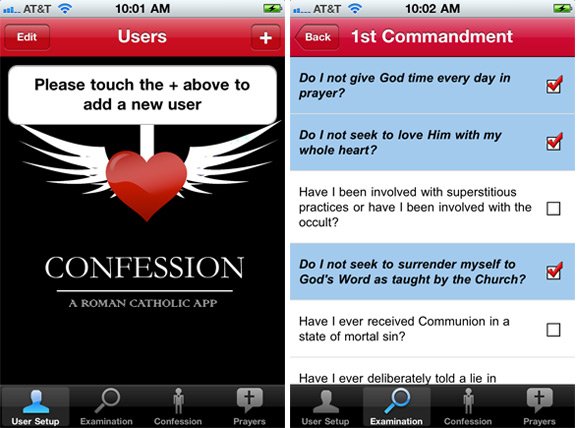 The past couple of years have seen substantial growth in technology, the Internet and, most noticeably, social media, and churches across the nation are following suit, updating Facebook sites, sending tweets and installing new religion-themed phone applications.

Almost every place of worship, at the very least, has its own Web page these days, while others have branched out into social media networks. In an attempt to establish a presence in the growing digital world, some see it as an easier way to communicate with church members, while others are leery of what the implications could mean in the long run.

“We’ve been using a website for about five or six years,” says Lauretta Proulx, a pastoral associate at the St. Elizabeth of Hungary Church in Denver. “We recently expanded with a Twitter account and Facebook page.”

The church’s website consists of information regarding recent news about the parish, contact and e-mail information, worship schedules and ways to get involved. Right beneath links for their Facebook and Twitter pages are links to homilies and prayer. They also offer information regarding the sacraments and post daily scripture readings for Catholics.

“It’s a really fun way to check in and be connected easier,” Proulx says. “It has increased attendance a little, but mostly ensures that consistent messages are sent out there. In general, 90 percent of our communications happen by e-mail and what is on the website.”

The Catholic Church recently sanctioned “Confession: A Roman Catholic App,” which can be purchased and downloaded on an iPhone for $1.99. Its function is to help Catholics become more comfortable with confessing sins, as it takes users step by step through the sacrament. Developers have said that the app is “a personalized examination of conscience for each user.” And while you can’t have your sins absolved through the phone (you still need a priest for that), the hope is that this type of outreach could bring some backsliding Catholics to return to the church.

“It could I guess, but if someone is motivated to want to go to church then they go,” Proulx says. “It still comes down to the personal connection. It is much more feasible if you rely on social media to help get the word out there to get people in your doors, but it won’t keep them there.”

Boulder’s Church of Jesus Christ of Latter-day Saints is still utilizing the Internet in a more traditional approach. Their only online presence is website offering an event calendar, scriptures, resources for at-home worship and access to their living prophets words/talks. Derek Martin is a member there and recounts a time when he was able to get on their website to find a scripture he wanted to share with friends.

“Our church tends to be more conservative and slow as far as upgrading with technology,”  Martin says. “However, if it meets the church’s goal of reaching more people and giving them the chance to spread the word, then I think they may consider using social media.”

At his church, they hold conferences during which the leaders address everyone with advice on how to conduct oneself.

“During these conferences, leaders have expressed their gratefulness toward technology for its ability to reach congregations across the world,” Martin says. “They also touched on the positive and negative things that come with the Internet, and warn us against the use of pornography and other sites that may not be wholesome.”

Followers of the Mormon Church are advised to keep computers in family-oriented rooms within the house in order to navigate away from such behavior.

“One reoccurring message our leaders have been pushing is management of your schedule and making choices between good, bad and better,”  Martin says, “and the Internet can offer a lot of lukewarm things when there are other, better things you could be doing.”

As for the confession phone app?

“It sounds really contrived because confession isn’t supposed to be comfortable,” Martin says. “I see it more as a virtual gratification as an alleviation of guilt. It’s similar to a video game and when you win, it’s satisfying but it’s not lasting, not sustaining, not real. For a person to feel the blessings of forgiveness, they really have to change behavior and rise above temptations.”

More religions, however, seem to be following the popularity of such technology and are beginning to offer new services that still embed the messages of their religion. ChristianCafe.com just released a new dating phone app that connects Christian singles on Android phones. The app works by integrating members’ current profile information from ChristianCafe.com, so that people can then browse other Christian singles and connect.

There is no question that the Internet has already had an impact on the daily functions of religious institutions and their followers; the extent to which it will grow remains to be seen.