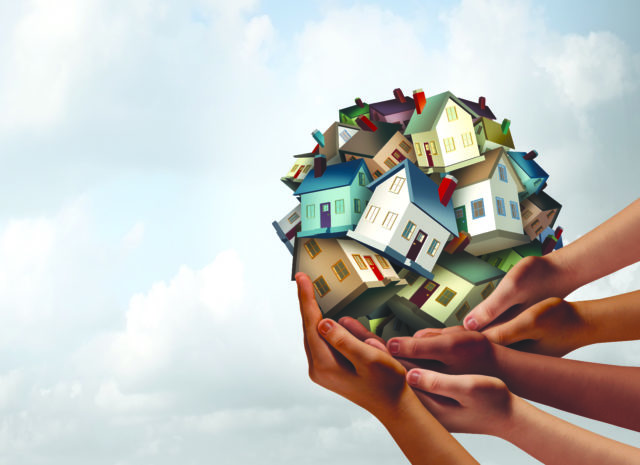 When Boulder voters fill out their ballots this year, they’ll be asked to consider City Ballot Issue 2I, the Imposition of a Middle-Income Housing Program. Housing prices in Boulder started outpacing income growth long ago, and, as a result, many people who work in Boulder have been priced out of living here. The City has worked diligently to increase its stock of low- and moderate-income affordable units (currently 7.5% with a goal of 15%), but there remains a gap for middle-income earners.

“Over the last 15 years, one-seventh of our middle-income families have evaporated from Boulder,” says Boulder City Councilman Bob Yates. “Around 2000, about 43% were in the middle-income… now it’s 37% and that continues to erode.”

At the same time, homes are appreciating to such a degree, Yates says, that “we are literally losing hundreds of houses out of the middle-income affordability group every year.”

Yates, along with Councilman Sam Weaver, have a plan they hope will help. As the main backers of Ballot Issue 2I, they are asking voters’ permission to borrow, without raising taxes, up to $10 million to fund a down payment assistance pilot program for middle-income individuals and families.

Boulder already has a down payment assistance program in the form of the H20: House to Home loan, which was first funded by the City in 1999 with $380,000. But the parameters of the current program have meant that not many people take advantage of it, says Jay Sugnet, senior planner at the City of Boulder’s Housing and Human Services department.

Sugnet says current limitations to the H20 program include the income cap of 80% of Area Median Income (AMI), which in 2019 numbers is $52,850 for an individual and  $67,950 for a family of three. Additionally, the maximum loan amount is only $50,000, while the median listing price in the City in September 2019 was $857,500 for a single-family home, and $395,000 for a townhome, according to the Boulder Area Realtors Association. All of this means there are very few homes in Boulder that buyers wishing to use the H2O program can afford, Sugnet says, even with such assistance.

Add that to the fact that the H20 program is only for first-time homebuyers, and even more people are left out of the equation.

“The goal is that we make space in Boulder for people to live here,” Weaver says, and it’s clear the current program is in need of updating.

Comparatively, the proposed pilot increases eligibility for people making up to 120% of AMI ($95,520 for an individual or $122,760 for a family of three) with the potential to borrow up to $200,000 from the City to make up the affordability gap. In return, the housing unit (either a single-family home or condo/townhome) will become deed restricted, capping its appreciation each year in hopes of creating more middle-income affordable units in the future. Plus, Weaver says, the program can be applied to existing homes and condos, creating new affordable homes without requiring new construction, while getting some geographic diversity at the same time.

Yates admits that the City could have piloted this program without going to the voters by just using the existing funds in the down payment assistance program, but he questions how effective such a small pilot would have been.

“How many houses could we have gotten with that ($800,000 from the H20 program)? Three? Five? It was going to be very unsatisfying,” he says. “And so we wanted to have the pilot be meaningful.”

In asking the taxpayers for permission to borrow up to $10 million as needed, either through a bond or drawing off a line of credit, Weaver and Yates say there isn’t much risk to the City, which will essentially be guaranteeing a second mortgage on the property. It is also less risky for lenders and makes qualifying for mortgages easier, with more affordable payments, for borrowers.

The pilot actually makes a lot of sense, says Ray Lindley, chief operating officer at Elevations Credit Union. There’s a common pattern, he says, when people are interested in buying into Boulder: After getting preapproved, they either come back and have to get approved for a higher loan amount or they start looking in surrounding areas like Broomfield, Longmont, even Firestone. The pilot program could alleviate these issues, he says, allowing the bank to still underwrite loans in the same way, while helping the City vet borrowers.

“We wouldn’t be taking on any more risk and we would actually be helping the City by making sure the folks that participated in this program were credit worthy, could afford their payments, were a good risk for us to take,” Lindley says.

He admits, there is always some inherent risk with mortgages: If the homeowner can’t afford payments, foreclosure is always a possibility. However, he says, “That can be mediated pretty well with the price point we’re talking about and the involvement of the City.”

He also thinks the salability of homes bought through this program will remain popular, given the need in Boulder.

Whether or not the program is taken advantage of remains to be seen, and there are some potential short-comings. First, the deed restriction requirement has the potential to dissuade people from utilizing the program in favor of buying elsewhere, where they can benefit from market-rate appreciation. “Basically all our research showed that it’s going to be less attractive to someone buying a home on the open market if they have to limit their appreciation. The question is, are they going to go somewhere else?” Sugnet says. “But, you know, both Bob and Sam feel strongly that that’s a trade-off that some people are willing to make to live in the City of Boulder.”

Additionally, since the loan from the City has to be paid back with interest within the first 10 years, the program assumes the first-generation users will either see their incomes rise enough to sell, and afford a house on their own, or be able to afford the balloon payment, although there is a hardship clause to hopefully prevent the possibility of foreclosure.

There’s also some concern for the ability of second-generation users to buy into the program.

“We’re concerned about how sustainable this model is because basically the way you get permanent affordability, or the way we get it now, is the City buys down the purchase price of the home,” Sugnet says, investing anywhere from approximately $60,000 to $100,000 a unit currently. “The challenge with this down payment assistance, is that the City is filling that gap between the market and what that middle-income household can afford, but we’re not buying down that price. So that gap is going to remain in 10 years or whenever that homeowner sells that home.”

Yates argues, however, that if the City can find the right appreciation cap to make the math work, affordability shouldn’t be an issue in the future.

“We have to make sure that number is low enough to stay affordable to that cohort that we’re trying to help but high enough to attract people to the program,” he says. He advocates for an appreciation cap that matches annual AMI increase, which is currently about 2%. But, the appreciation cap along with more of the program specifics is not part of the ballot issue and will be set by the next City Council if the measure passes.

“What the voters are going to approve or disapprove is the City’s ability to borrow $10 million for the purposes of permanently affordable housing incentives,” Weaver says. “The point of that is we want the flexibility for future councils to adjust the program, and staff, of course, to adjust the program, so that it’s both appealing to buyers and is guaranteeing affordability.”

Yates and Weaver hope to create about 100 permanently middle-income affordable units through the program, almost doubling the current stock of 110. They are quick to point out that while that may seem like a drop in the bucket, it is only a pilot with room to grow. While there may be anecdotal interest, according to Yates and Weaver, it’s impossible to know if people will want to use it unless voters approve the measure.