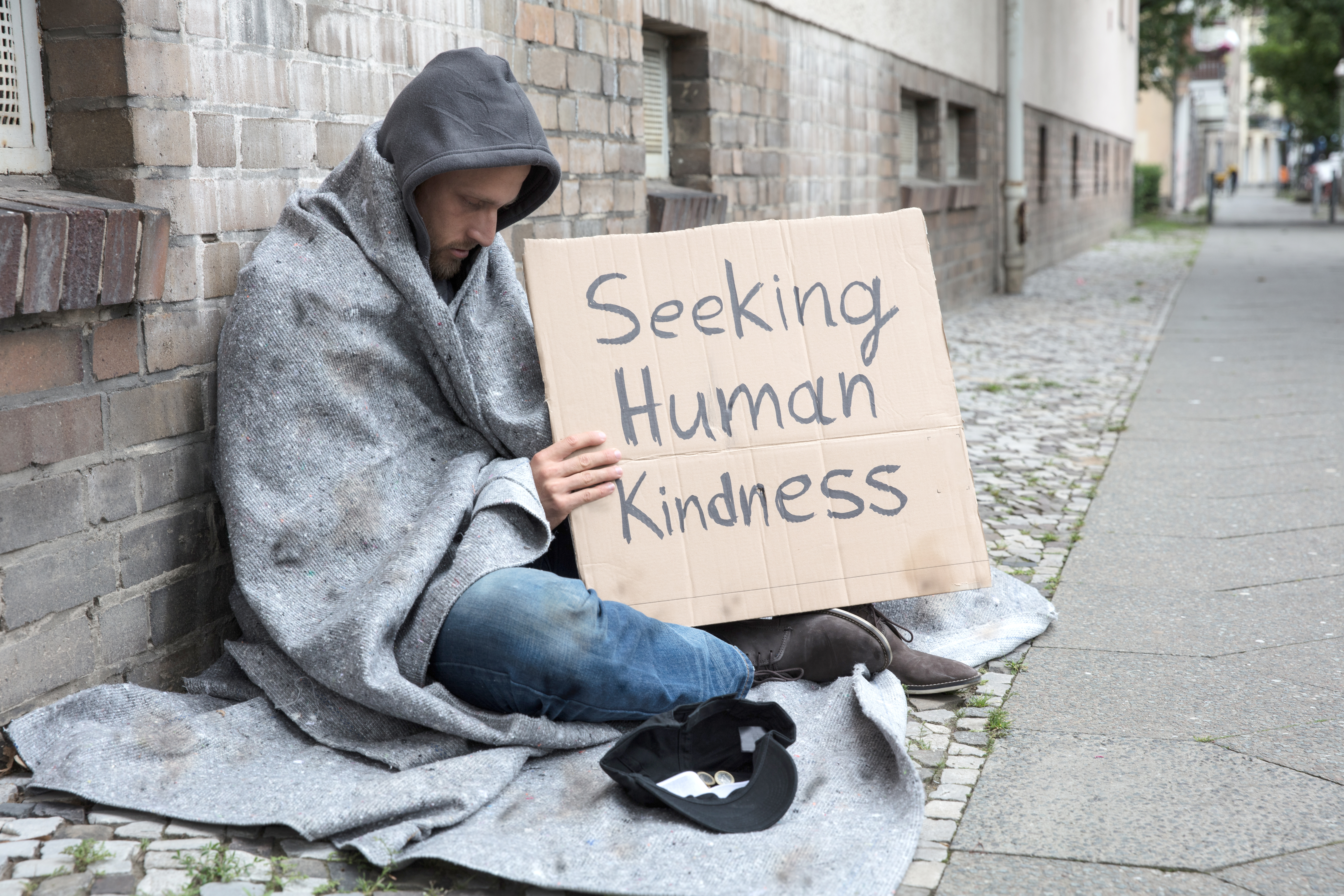 It’s been a little more than a month since the reality of the coronavirus pandemic really began to sink in, and local and state officials began taking serious action to prevent the spread of COVID-19. When it comes to people experiencing homelessness, the cities of Longmont and Boulder, along with Homeless Solutions Boulder County (HSBC), opened a COVID-19 Recovery Center (CRC) at the East Boulder Rec Center. Area shelters operated by Bridge House and HOPE Longmont expanded day services. All shelters have been screening people daily for symptoms, while also facing the snowiest winter in modern history. But as the weeks have gone by, staff has been stretched thin and HSBC needs more volunteers.

“We’re having to staff more and support more sheltering than ever before,” says Heidi Grove, systems manager for HSBC. “We’ve added more services without more people to support those services.”

At the same time, homeless advocates around Colorado are challenging state and local agencies to do more to prevent undue suffering and even death within the unhoused population. Through the courts, they’re asking more jurisdictions to use hotel rooms to safely isolate people experiencing homelessness, instead of using shelters which make it difficult to distance people and prevent the spread of the virus. It’s a tactic some cities are already implementing, but one that also brings additional staffing challenges.

Denver, which has by far the largest population of unhoused people in the state (best estimate is 4,000), has secured at least 550 hotel and motel rooms across the city for people experiencing homelessness who are either 65 years and older, are considered high-risk but have not yet been exposed to the virus, or for those who have tested positive or have exhibited symptoms. The city has also opened 24-hour shelters at the National Western Complex and the Denver Coliseum, among other locations.

At the end of March, Aurora moved to rent out an entire undisclosed hotel with 120 rooms for unhoused individuals and those who may not have a safe place to quarantine after being released from area hospitals. The hotel is staffed 24 hours a day.

While other jurisdictions have moved in this direction, Boulder County largely hasn’t.

“They’ve chosen to actively not use motels or hotels or any other form of isolation that would keep people from being around one another,” says Darren O’Connor, criminal justice committee chair of the NAACP Boulder County branch and longtime homeless advocate. The shelter system, he says, “is just a recipe for people getting sick and keeping this virus prevalent in our entire community, not just our homeless community.”

He points to the fact that universal testing at the beginning of April at some homeless shelters in Boston showed large portions of the population had COVID-19, including some staff. At one shelter 36% tested positive, at another 43% did, and most of them showed little to no symptoms, according to WBUR.

Greg Harms, executive director of Boulder Shelter for the Homeless in North Boulder, says his organization has recently taken it upon itself to move 13 of its most vulnerable residents into area hotel rooms in order to protect their health and in an attempt to decrease the number of people at the shelter each night. There are plans to move a few more people soon, all funded by the Boulder Shelter. Although a few hotels refused to work with the Shelter, most have been accommodating especially considering almost all hotels in the city are empty, Harms says. Shelter staff still provide meals to these individuals and check in with them daily, which is one of the challenges of implementing this on a larger scale, Harms says.

“The biggest hurdle is staffing all of these scattered sites around a community in a way that everybody is safe, and everybody gets fed, and has access to medical services if they need those,” he says. “Once you distribute the population that becomes a huge challenge.”

Still, Harms, along with others, has also asked Gov. Polis for access to more hotel rooms and other resources for this population, and the Boulder Shelter is supporting recent federal legislation proposed by Joe Neguse (D-Boulder) that would provide an additional $11.5 billion earmarked to help people without homes during the pandemic, specifically including the purchasing of hotel and motel rooms. (Congress already approved $4 billion for this effort as part of the CARES Act, $22 million of which came to Colorado.)

“At least our local Congressman is looking at these options that the City of Boulder has said no to,” O’Connor says.

“Every community isn’t going to have the same solution,” Kurt Firnhaber, the City of Boulder’s housing and human services director, responds. “I think particularly for communities who haven’t been focused on finding solutions before this for the homeless, those kinds of solutions are really the only thing that they have.”

Firnhaber says the City supports the North Boulder Shelter’s efforts to house vulnerable folks at hotels, but widespread use of hotel rooms is not something being considered.

“Right now we’re just trying to keep up the staff capacity that we have to run the facilities that we have,” Firnhaber says. “I don’t think we have the staff to do more.”

In the last month, HOPE for Longmont, which provides sheltering services between two different churches throughout the week, also began offering afternoon shelter earlier in April, providing access to showers, Wi-Fi, restrooms and a place to rest, given that rec centers and libraries remain closed.

In Boulder, Bridge House is now providing afternoon services to about 50 people each day, in addition to sheltering services each night at a reduced capacity in order to spread people out more. The North Boulder Shelter has been taking people turned away from Bridge House each night, in addition to its normal services. Plus, the CRC is staffed 24 hours a day.

These additional services have proven difficult to provide, as volunteer support has dropped significantly in the last month, Grove says, depleting the support shelters normally rely on.

When Gov. Polis enacted a statewide stay-at-home order, Grove says, “People really thought that meant that they couldn’t engage in volunteerism … people didn’t necessarily realize that supporting the most vulnerable in some sort of volunteer capacity is deemed as an essential function.”

The County is hoping to get about 50 more volunteers in order to take some of the pressure off of staff, Grove says.

“I think after we’ve finished this first month, people are getting tired and so I think we’re looking for a few more volunteers to keep the energy going,” Firnhaber says, “because we don’t know how long this is going to be and we need to keep that capacity.”

Although 100 people have volunteered at the CRC over the last month, it could use 15 to 20 more, Firnhaber says. At its peak, the CRC has served about 16 people a night, although right now it’s hovering around 10 or 12. Firnhaber credits the CRC with preventing spread of COVID within HSBC’s shelter system. He says the CRC just started testing people last week, and so far, two have come back positive. Others are still awaiting results.

With a staff of about 50, Harms from the Boulder Shelter says five people have resigned over the last month, mostly out of concern for their own health.

“For some people the risk is too great, if they have underlying health conditions or they are living with someone who does, people have to make those difficult choices for themselves,” he says. “We respect that, but we also have to keep the shelter open.”

Harms says the shelter has significantly decreased its volunteer use in an attempt to minimize the number of people coming in and out of the facility. Still, volunteers are used for symptom screening and to hand out supplies like over the counter medication and toiletries each day.

“We try to be completely upfront with people,” Harms says. “They’re going to be exposed to a lot of people when they’re here. We’re trying to put up the precautions that we can but it’s like going to the grocery store, you’re going to interact with people, but you have to decide if that’s appropriate for you or not.”

O’Connor says the call for more volunteers only points out that obvious: that needs have increased, and services are at capacity. “It’s great that there are people wanting to volunteer,” he says, “but we’re basically putting them into the dangerous conditions as people experiencing homelessness and those dangerous conditions are worse than they need to be or should be because we’re failing to use all the tools in the toolbox.”

Boulder County service providers are hoping that the strain on the system begins to lift as the weather warms up. The plan is to suspend day sheltering services in Boulder County at the end of April in conjunction with the lifting of the statewide stay-at-home orders. However, it remains unclear when places like libraries and rec centers will reopen, leaving large gaps during the day when people experiencing homelessness will have nowhere to go.

“We’re doing the best we can with the tools that we have,” Harms says. “But we know it’s not perfect and there are risks involved.”