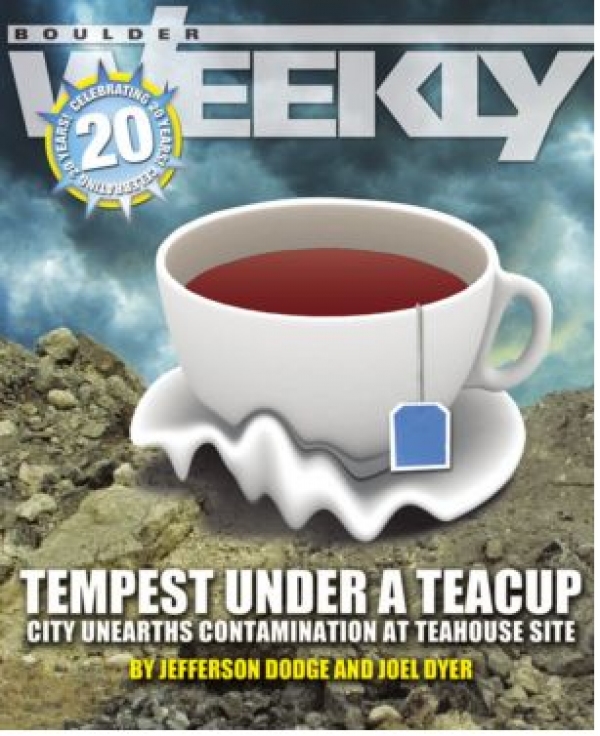 Boulder Weekly won 14 first place awards and 22 other honors for stories written in 2013 in the annual multi-state Top of the Rockies contest held by the Society of Professional Journalists. Results for the competition, which takes entries from news media in Colorado, New Mexico, Utah and Wyoming, were announced April 25.

First place awards went to Editor Joel Dyer and former Managing Editor Jefferson Dodge in the public service category for the series beginning May 16, “Tempest under a teacup” about the clean-up near The Boulder Dushanbe Teahouse and in the agriculture category for the March 21 story “GMO vs. local food system: Is county government depriving us of millions of dollars by making the wrong choice in open space?” Dyer also took first place for arts and entertainment single story for “The Hard Road,” published August 15, which profiled the difficult personal lives of three artists, and for news column with “Dyer Times.”

Jefferson Dodge in public service for his profiles of the homeless in Boulder County.

Elizabeth Miller in general reporting, series or package, for “Tracking down the trafficked” July 25; in health general reporting “The battle after war: One woman’s struggle for a PTSD diagnosis and how a now-suspended veterans program helped her” May 23; in arts and entertainment criticism for “Rapping it up,” Nov. 7.