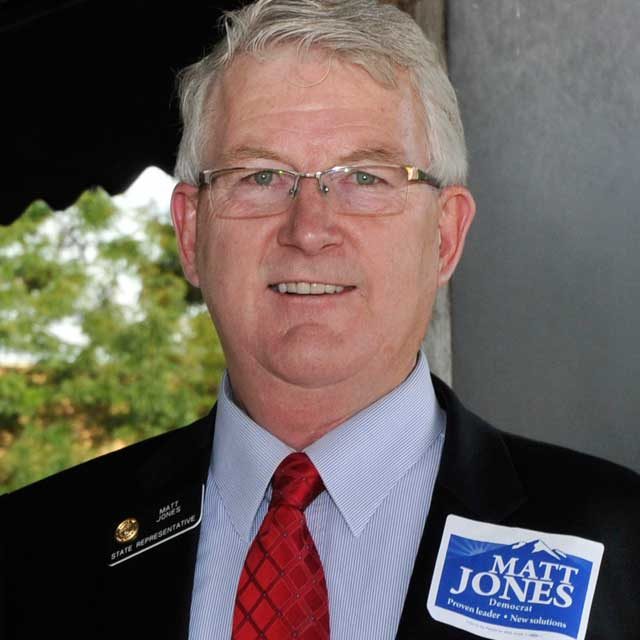 With more than a year until the November 2018 election, State Senator Matt Jones announced his intention to run for Boulder County Commissioner in District 3 on Wednesday, May 22. In what he calls a “sideways” move from his current District 17 (Louisville, Lafayette, Longmont) State Senate seat, Jones says he’s excited about the possibility of getting more things done at the county level, especially in light of current national politics.

“With President Trump’s regressive policies impacting us, I want to fight to keep Boulder County a great and progressive place,” Jones says. “As a commissioner I think I can make more of a positive difference.”

Term-limited Commissioner Cindy Domenico will vacate her seat in January 2019, and fellow Democrat Lafayette Mayor Christine Berg has also registered in the District 3 race according to the Colorado Secretary of State’s office.

As a state legislator with 13 years of experience, Sen. Jones has worked tirelessly to provide proper oversight of the oil and gas industry across the state, often facing staunch opposition and lobbyist pressure. He has sponsored several bills throughout the years aimed to protect communities from stopping oil and gas development, although ultimately they failed to pass. In the 2017 session, he attempted to reduce energy subsidies, provide additional protections for forced pooling, further distance new oil and gas development from schools and implement a 2,000-foot “safety zone” or setback from existing wells for new housing developments.

Ultimately, he believes local governments should have the authority to regulate industrial development, and despite moves by the state to restrict local control, Jones says there are still plenty of available options for regulation at the county level.

“The bottom line is that industry has a ton of money and they’re going to do whatever they think they can,” he says. “We need to push back as hard as we can in every legal avenue we can.”

At the same time, Jones is a proponent of renewable energy, promoting wind and solar as a means of energy efficiency. For years, Jones has pushed for the Public Utilities Commission to account for the cost of carbon pollution, which in turn would make wind and solar more competitive options. And just last month the PUC voted to place a social cost on carbon emissions.

Not only can these methods reduce greenhouse gases and promote a healthier atmosphere, Jones says, but successfully integrating wind and solar into energy use is a direct way to defy the president.

“When Donald Trump says coal is great, we can say no it’s not, we need more wind and solar and do it,” he says. “That’s the kind of on-the-ground things we can do to keep moving in the right direction, even though Donald Trump is taking us in a regressive direction.”

Jones is less familiar with the controversial leasing of County Open Space for genetically modified agricultural, given the debate never really came up at the state legislative level, but says he will “listen to people and their points of view” before taking a concrete position. He also plans to focus on the growing issues of affordable housing and transportation throughout the County.

While the election seems far away, Jones says he wanted to let the community know about his intention to run so he can spend time not only talking to constituents, but listening.

“It’s a two-way conversation,” he says. “Representation starts with listening.”