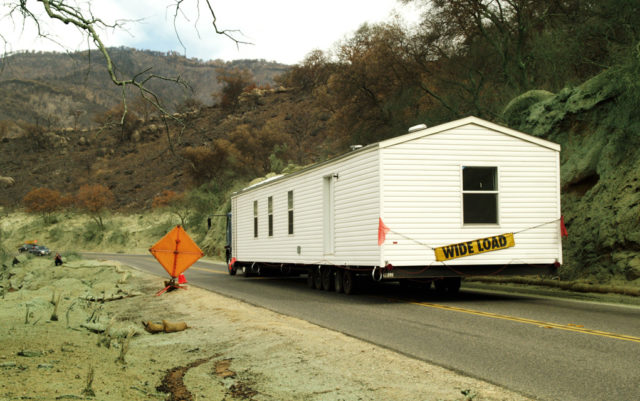 More than 93,000 families in Colorado rely on the affordability that living in a manufactured (or mobile) home community provides. But for many of the low-income families, minorities and senior citizens who live in these communities, there’s a problem: They own only their home and must rent the land on which it sits.

Simultaneously, manufactured home parks across the country are being sold for redevelopment, and the people in these parks are left scrambling to find another affordable option.

For those reasons and others,, owners of manufactured homes are organizing to empower themselves. Mobile homeowners from 13 Colorado municipalities came together in Boulder on Oct. 21 as a first step toward forming a statewide homeowners association (HOA). The Manufactured Homeowners Fall Forum facilitated a full day of discussion on how to advocate for manufactured home parks on the community and state level through the unified voice an HOA provides.

At the forum, residents learned how to start and finance such a statewide HOA from nonprofit and housing advocates. Attendees also discussed the state’s Mobile Home Park Act, which provides some rights for manufactured homeowners, but is weak when it comes to protections for things like arbitrary eviction, short notice before park closures and retaliation from landowners. They also discussed the opportunity for residents to purchase the land under their communities.

There is precedent for a manufactured home HOA, but only at the local level. Jean Gehring, who has lived in Boulder’s Vista Village community for the past 24 years, serves as the vice president of her HOA. She says the organization was started two years ago to “put our relationship with management on civil footing.” So far it seems to be helping.

“Having this HOA is like having the power to stand up,” Gehring says. In fact, in 2015, the HOA successfully helped pass a city ordinance in Boulder that limited the park owner’s ability to prohibit the sale of homes built before 1976, which were subject to different building regulations — park owners have tried to force pre-1976 homes to be removed from their parks upon sale, effectively losing their entire value. Boulder’s ordinance protects housing investments by allowing pre-1976 homeowners to sell their manufactured house without first removing it from the park.

Since this victory, Gehring says, “We feel very good that our relationship [with the park owner] is improving, but that doesn’t mean they get a free pass on anything.”

Other mobile home parks are not as well-off and many lack any framework to negotiate with their landlords. Senator John Kefalas, who represents Fort Collins, saw the Bender mobile home park near his neighborhood close for redevelopment. The 40 or so families who lived there were ultimately displaced.

“Through this lens I got to see the importance of this type of housing and how we’re losing it, and how, oftentimes, the playing field is not level,” Kefalas says.

That park closed five years ago, and since then, Kefalas has introduced four bills in the state legislature to strengthen mobile homeowners’ protections, however all have failed to pass. He says that the opposition, which includes lobbyists for landowners, claims that the Mobile Home Park Act provides strong enough legislation, but he, and the attendees of the recent forum, strongly disagree. The Act effectively maintains the landowners’ power over residents, which is a dynamic that has manifested itself in various ways across the state.

For instance, Colorado’s state statute has no law explicitly prohibiting landowners from retaliating against the residents living in their manufactured home parks, according to Prosperity Now, an organization working to help low-income families.

“Really we’re just seeing retaliation in the sense of, if a landowner or park staff management has an issue with one of the residents, they’ll begin to start enforcing a really arbitrary rule within the communities, such as, the children not being able to play in the community after a certain time at night,” says Kris Grant, a policy analyst at the Colorado Center on Law and Policy.

Many community members at the forum reported inexplicable rent or utility increases.

Landlords can raise the land rent by an unlimited amount with just 60 days’ notice. This is a huge problem for homeowners because unlike someone living in an apartment, “You can’t pack up a home,” according to Ishbel Dickens, a housing lawyer who helped organize the forum.

Boulder City Council, for the record, is currently working on changes to the manufactured home ordinance that may prevent park owner from retaliatory tactics and clarify other rights for homeowners.

A lot of Dickens’ efforts are focused on giving residents longer notice periods so they can plan and react to their changing situations accordingly. Colorado only requires landowners to notify park residents 10 days before they plan to sell the park. After that, residents have a minimum of six months before they have to leave the property.

The process of relocating a manufactured home is expensive, and often not even possible. Grant explains that the term “mobile home” is really a misnomer.

“These homes aren’t mobile. They’re homes in every sense of the word except for the fact that they were built in a factory.” He adds, “These people are overwhelmingly making a median income of $30,000.”

That’s notable because it can cost up to $10,000 to move a manufactured home, and park residents rarely have the budget for that. So they end up losing everything.

With so much strife arising in the relationship between landowners and homeowners, many advocates and residents support a solution in the form of resident-owned communities. In such a structure, park residents purchase the park’s land and operate it like a nonprofit organization, meaning all monthly expenses go directly back into the community. Community members would have more power to make the most beneficial decisions for themselves. Having the opportunity to purchase the park would prevent forced evictions and the hardships that come with it. However, residents have to compete with developers to buy the land, and they usually do not have the funds to match the price a corporation can pay.

But, for now, by creating a statewide HOA, manufactured homeowners are hoping to at least gain the necessary footing to adequately voice their needs to their elected officials.