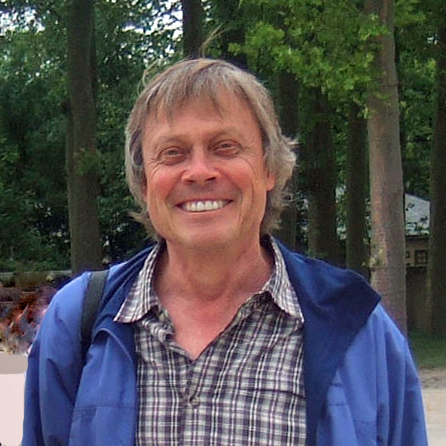 The term “bridge fuel” has become a catchphrase for natural gas. In his most recent State of the Union address, President Obama referred to natural gas as the “bridge fuel that can power our economy with less of the carbon pollution that causes climate change.”

There’s truth in the statement on its face: When comparing coal and natural gas, coal produces nearly twice the amount of carbon dioxide for the same amount of produced energy. As the world considers how to address a rapidly changing climate and an evershrinking supply of fossil fuels, natural gas looks like an answer to both problems — a bridge to solutions we haven’t yet thought of. But a growing body of research suggests that natural gas may actually be worse for greenhouse gas emissions because of methane, a less discussed form of carbon pollution that traps more heat than carbon dioxide. Methane is the primary component of natural gas, making up about 75 percent of its mixture.

“… Carbon dioxide is only one greenhouse gas and the public tends to focus on it, and scientists as well,” says Robert Howarth, a professor of ecology and evolutionary biology at Cornell University. “Methane is also a potent greenhouse gas. The latest information from the Intergovernmental Panel on Climate Change (IPCC), released in the last seven or eight months, says that global methane emissions from human-caused sources now equal carbon dioxide in their effect on global warming.”

While his research could be called contentious, there can be little argument that Howarth was instrumental in starting (at least elevating) a conver sation about the information we have — and, more importantly, don’t have — on natural gas’ effect on global climate change, beginning with a paper in Climatic Change in April 2011. The paper, which argues that natural gas has larger greenhouse gas emissions than coal or oil, generated a flurry of new analysis and research on methane emissions. In May, Howarth took the opportunity to examine the findings of about 60 research papers published between April 2011 and February 2014. His examination resulted in an updated perspective in the journal Energy Science & Engineering, reaffirming his position that natural gas is effectively “a bridge to nowhere.”

For a little background, Howarth is no stranger to the oil and gas industry. He’s sat on panels about coastal oil spills and global climate change with the National Academy of Sciences, and acted as the chief consultant for the attorney general of Alaska during the Exxon Valdez spill. But it wasn’t until he’d returned from a 2009 sabbatical in France that he first heard about shale gas and hydraulic fracking.

“The newspapers and radio, and even public radio, were alive with ads about how shale gas was such a blessing for our country and for climate change and such,” says Howarth. “I was skeptical, based on my background … so I decided to go and look for some scientific basis for that.”

But the science was nowhere to be found. So in 2011 he teamed with Anthony Ingraffea, a Cornellbased engineer who’s consulted for the oil and gas industry for decades, and Renee Santoro, a research aide in Howarth’s lab, to produce the first peerreviewed study of the greenhouse gas footprint of natural gas obtained through fracking.

Against the tide of optimism about natural gas, the team asked a question no one else had: how beneficial is natural gas once you factor in methane leaks from production, processing, transportation and storage? The team argued that at the time, the Environmental Protection Agency’s (EPA) estimates for methane emissions were somewhere between two- to three-fold too low, perhaps stemming from the fact that the agency’s data came from a 1996 study conducted jointly with the oil and gas industry. They ultimately concluded that the climate impact of gas might be significantly worse than that of coal and oil for all uses, but particularly in residential and commercial heating.

The gases also leave the atmosphere at vastly different rates. Carbon dioxide stays in the atmosphere, on average, between 200 and 300 years. Methane lingers for about 12 years.

Because of this difference, Howarth argues that the gases must be compared on a shorter time frame, a point of contention in the climate science world. Traditionally, scientists use a 100-year time frame to compare the effects of greenhouse gases, but when Howarth and colleagues compared methane and carbon dioxide over 20 years, global emissions of methane were equivalent to 80 percent of overall carbon dioxide emissions.

Lawrence Cathles, a professor of earth and atmospheric science at Cornell who has done a good deal of work for the oil and gas industry, has disagreed with Howarth’s methane emissions research from the beginning. He says the time frame for comparison is irrelevant, and even inappropriate.

“The climate forcing is the amount of methane or carbon dioxide in the atmosphere at any given time. It’s the concentration of gas that affects climate, not fluxes in and out of the atmosphere,” Cathles says.

In his most recent paper, Howarth argues that the climate system is more immediately reactive to methane and other short-lived, heat-trapping materials such as black carbon, fine particles formed by the incomplete combustion of fossil fuels, biofuels and biomass.

“The IPCC has a new assessment and they say quite clearly it’s wrong to focus on the 100-year time frame,” says Howarth. “You need to look at both [the longer and shorter scales]. There’s nothing magical about 20 years; you could do ten years, you could do one year, you could do 30. The science is developed for 20 years. The numbers are easier to use. It doesn’t change conclusions if you use 10, 20 or 30 years.”

In addition to using a shorter time scale, Howarth has been a proponent of using a top down approach to measuring methane emissions. This measures methane present in the atmosphere using planes and sensors, and then meteorological data and analysis to trace methane back to its source. The bottom up approach, used by the EPA, adds up emissions from sources on the ground, such as valves and pipelines, which Howarth says leads to underestimates from human error.

“All of these top down studies are giving estimates that are much higher than bottom up studies. A lot of people in the scientific community think these are more robust measures,” says Howarth. “I think the science is still in its preliminary form, and I think it’s going to take another probably five years of dedicated science to really unravel what’s going on and get a scientific consensus, but top down numbers are coming in higher and I think there are reasons to think they are more robust.”

Another methane study examioned by Howarth was completed in early 2014 by Adam Brandt of Standford University. The Brandt paper suggested total methane emissions were about 50 percent higher than EPA bottom up estimates.

Garvin Heath, co-author on the Brandt paper, was quick to point out in his inteview with BW that the team didn’t find enough data to quantify exactly how much methane leaks from the natural gas system, he says the team believes that there is a critical need to get accurate estimates on methane emissions in order to prioritize carbon reduction plans, no matter the approach.

“Measurements are essential to this process. It has to be done as a dual package, and we have to keep measuring to verify that our inventories are accurate,” says Heath.

In his 2014 paper, Howarth points out the United States’ aging gas infrastructure.

Though the Brandt study might show that the U.S. gas infrastructure is leakier than thought, that team still makes an endorsement for electricity generation through the burning of gas opposed to coal, which they believe makes a greater dent in total greenhouse gas emissions over 100 years. While natural gas used for transportation might improve local air quality, the team wrote that it would likely add to the effects of global warming.

While Howarth agrees that switching from coal to natural gas to generate electricity might result in a “very modest” reduction in greenhouse gas emissions, he says keeping emissions within a safe range will require “unprecedented” investment in the natural gas infrastructure and an overhaul in regulatory oversight.

“For any other use of natural gas (heating, transportation), the [green house gas emissions] is larger than if society chooses other fossil fuels, even with the most stringent possible control on methane emissions, if we view the consequences through the [shorter time] frame,” Howarth writes in his most recent paper.

When asked if we should give up on natural gas, Howarth answered with an unequivocal yes.

“The idea of slightly reducing carbon dioxide emissions by switching from coal to gas simply aggravates the problem,” he says.

“We’ve already warmed the planet by seven-tenths of a degree Celsius in the last 30 years. We’re on target to double that to 1.5 degrees Celsius, and in 35 years we’re on target to take that up to 2 degrees Celsius. Even if we work diligently to reduce carbon dioxide emissions now, that rate’s going to continue [to increase],” he says. “However, if we reduce methane emissions, we can greatly slow that rate of warming. We can keep the planet well below 1.5 degrees for 50 years or longer.”

Howarth understands it might be hard for people to understand why a 2-degree change in climate matters, so he discusses “tipping points,” literal points of no return. A main concern is the massive amount of natural methane trapped in ice deep in the Arctic Ocean. Other researchers have suggested that warming of just under 2 degrees Celsius may trigger a large and rapid release of this methane.

“There’s good reason to think that can start to happen,” says Howarth. “At our current rate of warming we run a significant risk of runaway global warming, at which point carbon dioxide emissions will be useless.”

Howarth says the only way to avoid this runaway warming is to move society more quickly towards renewable sources of energy, primarily wind, solar and water.

He says his goal with his latest paper was to “focus and continue discussion” about how natural gas impacts climate change.

“There’s a fair amount of misunderstanding, not only between the public, but in the scientific community,” he says.

As for continued measurements of methane, he’s leaving that to the rest of the scientific community.

Howarth concludes his recent paper this way: “Only through such technological conversions can society truly address global change. Natural gas is a bridge to nowhere.”