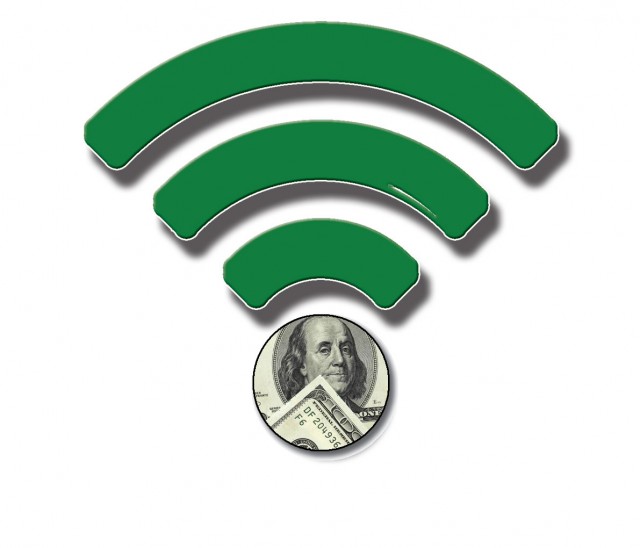 As Boulder leaders ponder whether to put a symbolic measure opposing “corporate personhood” on the ballot this fall, Longmont officials may again be facing a real-life uphill battle against well-funded corporate interests when it comes to an election initiative.

Boulder City Council is poised to decide whether to place a resolution on the Nov. 8 ballot opposing the U.S. Supreme Court’s January 2010 ruling in Citizens United v. Federal Election Commission, in which the court said the First Amendment prohibits limits on corporate funding of political broadcasts in candidate elections. The decision prompted an outcry from some who said it equated money with free speech and gave companies carte blanche to outspend the competition on ads, skewing the democratic process even more toward the corporate elite.

On July 19, Boulder City Council is expected to take up council member Macon Cowles’ ballot measure calling for a Constitutional change establishing that only humans, not corporations, have constitutional rights, and that money is not equivalent to free speech.

And 16 miles northeast, Longmont officials are hoping that corporate campaign cash doesn’t again derail a plan to finally start using a high-tech network that has lain largely dormant since it was built 14 years ago.

In the November 2009 election, Longmont voters were asked to allow the city to begin offering telecommunication services using a fiber-optic network the city installed in 1997. About 90 of the 144 fibers in the 17-mile network are “dark,” or unused. The city does use parts of the network for municipal communications, and it does lease out some fibers to firms with the technical wherewithall to link into them.

But the city needs voter approval to offer broader, user-friendly service to its citizens from its own network. That requirement is due to legislation passed in 2005 that prohibits municipalities from offering telecommunication services without sending it to the ballot. Some say that bill, SB 152, was passed at the urging of companies like Qwest (which is now changing its name to CenturyLink) and Comcast, which reportedly saw municipalization as competition and a threat to their market share.

At the time, Qwest was opposing municipalized telecommunications nationally.

“Qwest believes it’s wrong to use taxpayer money to subsidize a private company to compete with existing businesses,” John Stanoch, Qwest president for Minnesota, said in a prepared statement after the Minneapolis City Council voted in 2006 to build a municipal high-speed wireless network, according to the Rocky Mountain News.

And in an April 2005 Rocky op-ed, Old Colorado City Communications founder Dave Hughes of Colorado Springs characterized the bill not only as corporation-backed, but bad for rural cities and towns where needs like Internet access are underserved by the big corporations, which tend to focus their infrastructure investments on higher-profit metropolitan areas.

“Qwest and its little brother, Comcast Cable, want only to cherry-pick the fat-cat suburbs, big businesses, downtown Denver, and other big metropolitan areas,” Hughes wrote. “And block everybody else from competing. … The bill should be titled The Qwest Monopoly Protection Act. … [It] effectively prohibits local governments, including entire counties, from serving their own citizens in the absence of the willingness or ability of the private sector to do so.”

Tom Roiniotis, director of Longmont Power and Communications, says the state law and delays associated with seeking voter approval were likely the reason the city lost to Kansas City, Kan., in a bid to host an ultra high-speed broadband system Google was deploying.

(The two main sponsors of the bill, former Sen. Jennifer Veiga, D-Denver, and Rep. Cheri Jahn, D-Wheat Ridge, did not respond to Boulder Weekly inquiries about the bill by press time.)

And sure enough, in 2009, when Longmont voters were asked to authorize municipal telecommunication services that would run on an existing fiber-optic network that was already bought and paid for, the initiative failed, in no small part to an extensive negative ad campaign funded by the telecommunication industry.

According to city records, opponents spent nearly $250,000 — the most ever spent on election ads in Longmont’s history — on the “No Blank Check” campaign, which painted the initiative as a tax guzzler that would reduce funding for local police officers and firefighters. According to reports, the primary campaign contributor was the Colorado Cable Telecommunications Association (CCTA), which counts Comcast among its members.

The measure was defeated, 56 percent to 44 percent, in part because the city couldn’t fight back effectively. State campaign finance laws prohibit municipal funds from being spent to campaign for or against a ballot initiative once a city council votes to send it to the ballot. Election materials must be balanced, with arguments for and against.

Some wonder whether parallels might be drawn between this situation and Xcel’s anticipated public relations effort to convince Boulder voters that municipalization is a bad idea.

Roiniotis says the “No Blank Check” claims were misleading, to say the least, because any city-owned telecommunication service would operate as a self-funded enterprise, relying solely on the fees it collects instead of tax dollars.

“We run it just like a business, but we’re nonprofit,” he says.

If anything, Roiniotis says, it would make money for Longmont’s emergency services, because it would send 8 percent of its revenue to city coffers in the form of a franchise fee.

“It was actually just the opposite of what No Blank Check was saying,” Roiniotis told Boulder Weekly. “They were saying we were going to have to lay off police and firefighters. Nothing could be further from the truth. That’s never been proposed. In fact, telecommunications would actually generate money for those departments. But they had models dressed up as firefighters, looking very sad.”

Now the city of Longmont is preparing to send the question back to the ballot for the Nov. 1 election. On June 14, city council directed staff to prepare an ordinance that would re-establish the telecommunications authority the city had prior to the 2005 legislation. Only city council member Katie Witt voted against the move, which still must be passed by the council on two readings before it lands on the ballot.

Witt told Boulder Weekly that she opposed the measure because she wants more specific details about the telecommunication service the city would offer and how it would be funded.

“As a rule, I don’t like government competing with private industry,” she says, adding that Longmont now enjoys decent service. “What are we lacking in our telecommunications portfolio?” Witt says that while she has not received any funding from the telecommunication industry, she has received calls from CenturyLink and Comcast urging her to oppose the measure.

Witt acknowledges that SB 152 appears to have been passed “at the behest of the telecommunications companies,” and that No Blank Check’s claims two years ago that the initiative would take money away from firefighters was “disengenuous.” She also thinks the new measure has enough council support to pass.

“If I was a betting girl, I’d say it will be on the ballot,” Witt says.

One question is, with one hand tied behind its back by campaign finance law, how will the city get its side of the story out if the cable/telecom industry tries to buy the election again?

Roiniotis says city officials plan to make the language of the ballot question clearer and hold study sessions on the matter to inform the public, before the city council votes to put it on the ballot. In addition, city council members can lobby on their own time, and the council as a whole is permitted to pass resolutions for or against ballot measures.

But council recently passed a new higher threshold for campaign finance reporting that might make it easier for telecommunication groups to conceal how much they are spending to defeat the measure.

Assistant City Attorney Jeff Friedland told Boulder Weekly that a previous ordinance required “issue committees” to file reports revealing any contributions over $200; the new regulation allows those groups to spend up to $5,000 without filing a disclosure. Theoretically, the opposition could form multiple committees and keep each one’s contributions under the radar, at less than $5,000. Friedland says the change was made to align with a recent 10th Circuit Court of Appeals ruling prompting the state to raise its own campaign reporting threshold from $200 to $5,000.

Comcast spokesperson Cindy Parsons told Boulder Weekly that generally speaking, attempts to create city-operated telecommunications services “have not been successful in other municipalities.”

In response to a question about what plans Comcast has to lobby against the new measure if it lands on the ballot, she says, “I think it’s too early to tell on that piece.”

She downplays the competitive threat to the company’s market share when asked about the reasons behind Comcast opposing the initiative.

“We are in the very early stages of learning more about the new proposal, but let me reinforce Comcast’s commitment to a healthy and robust competitive environment which typically results in more choices for consumers and faster innovation of products and services,” Parsons said in an email.

When asked why, given that commitment to competition and choice, the company wouldn’t want to add another provider to the market, she replied, “Again, Longmont already has a vibrant competitive broadband and telecommunications marketplace with consumers having at least four choices on how to obtain their TV services (Dish, Direct TV, Comcast, over-the-air) and multiple providers of Internet and telephone services offering a wide variety of service tiers.”

Jeff Weist, executive director of the CCTA, told Boulder Weekly that his association’s concerns about the proposal include the possibility that Longmont would be able to undercut prevailing industry rates by subsidizing its telecommunications service with other funding, such as tax dollars or revenue from its power utility.

“Yes, we’re a little nervous about competing against a municipality that can use cross-subsidization,” he says.

Weist adds that the city plays a regulatory role, which could give it an unfair advantage because telecommunications firms “would have to compete against the entity that is also their regulator.”

His association has not yet taken a position on the proposed initiative, he says, but the ballot question two years ago was too broad — for instance, it did not specify that the city’s service would be entirely self-funded.

John Hall, public relations manager for CenturyLink, responded to a request for comment via email.

“CenturyLink continues to work with city leadership to determine how the company, as a private sector leader in providing a full range of services, can work to meet the City’s needs without putting the financial risk on the backs of Longmont residents,” he wrote. “CenturyLink has not seen final language of a proposed ballot measure in Longmont; however, municipalities have an overwhelmingly unsuccessful track record in entering what is a capital-intensive, highly competitive market. It is imperative that residents of cities desiring to enter this space understand how these networks will be built, operated, maintained and funded. That is why industry supported SB 152 in 2005. It is unclear at this time how the city anticipates funding this operation and whether it is necessary for this investment to be made by a government entity, given the existing level of service in the city.”