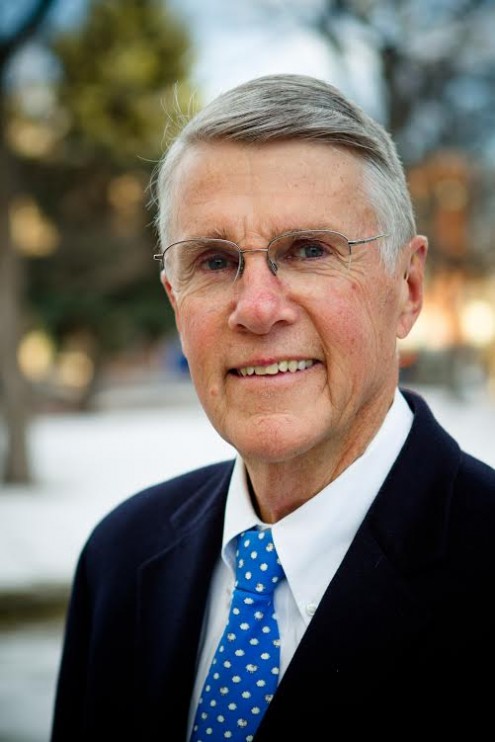 The controversy over the appointment of Glenn Vaad, a member of the right-wing American Legislative Exchange Council (ALEC), to the Colorado Public Utilities Commission has not only raised questions about whether he will be confirmed by the Senate, but where Vaad’s loyalties will lie when it comes to Xcel Energy’s battle with the city of Boulder over municipalization.

Vaad, who did not respond to a request for an interview before press time, has been targeted by proponents of renewable energy because of his leadership role in ALEC, a group that has campaigned to overturn renewable energy standards around the country.

He was sworn in on an interim basis Jan. 8, but he won’t be official until the Senate confirms him, and a date for that vote has not been set.

Vaad, a Mead resident, was active in ALEC when he was a state legislator, serving as chair of the ALEC Task Force on Commerce, Insurance & Economic Development, according to ALEC documents posted by Friends of the Colorado PUC (friendsofthecoloradopuc.wordpress.com), which recently launched an anti-Vaad petition drive that has garnered more than 750 signatures.

Gabe Elsner, executive director of the Energy and Policy Institute in Washington, D.C., points out that Vaad also received ALEC’s “State Legislator of the Year” award in 2012, according to documents provided to the Center for Media and Democracy by a whistleblower.

Even more concerning, he says, is the possible link between Vaad and Xcel Energy, which answers to the PUC on regulatory matters. Elsner notes that an October 2012 report by Common Cause shows Vaad received ALEC “scholarships” for traveling to the council’s conferences in 2006, 2007 and 2008 — from a fund that Xcel Energy contributed to.

It is at these conferences where hundreds of state legislators and lobbyists reportedly work side-by-side to draft industry-friendly legislation that then becomes boilerplate for bills at statehouses around the country.

Elsner and Friends of the Colorado PUC point out that Xcel is a former member of ALEC and continues to send hundreds of thousands of dollars a year to the Edison Electric Institute (EEI), a national industry trade group that is an ALEC member. They question whether Vaad will be in Xcel’s pocket, given their common ALEC links.

“Is he going to serve Colorado families,” Elsner asks, “or is he going to serve powerful special interests like Xcel that have lobbying dollars and a lot of money to spend to get the policies they want?” He adds that even if Xcel is no longer an ALEC member, it is pouring money into front groups that are, like EEI.

“What we’ve seen across the board in this new political reality that we live in, of post-Citizens’ United and dark money, is that a public-facing company like Xcel doesn’t want to be a member of ALEC, because it can lead to bad PR, it can lead to bad press,” Elsner says.

Michelle Aguayo, a spokesperson for Xcel, says her company hasn’t given money to ALEC since 2010, but “if you’ve been affiliated once, then they’ll brand you for life.”

She also says it’s a bit of a stretch to make a connection between her company and Vaad just because of Xcel’s payments to ALEC or EEI.

“They’re probably trying to connect a lot of dots that probably aren’t there,” Aguayo says of the renewable energy advocates criticizing Vaad. “They will use any and every tactic they can to bolster their positions, whether they are valid or not. And unfortunately, you get some groups that, if they say something enough, they believe it, whether or not it’s true, and they want everybody else to believe it as well, to validate their opinion. Do we quit giving money to anybody and everybody because of possible ties somewhere down the road?” Elsner also claims that solar net-metering — the credit that those who have solar panels get for sending excess produced energy to the grid — is under attack by ALEC and EEI, and he says it will be interesting to see where Vaad comes down on it. (For their part, Xcel officials say they are considering making people with rooftop solar panels begin paying a fee to use the company’s electric lines, just like their other customers do.)

“Homeowners who invest in solar shouldn’t be punished because the utilities are feeling threatened by the emergence of cheap, clean energy,” Elsner says, adding that studies show solar users actually save utilities money, reducing wear and tear on the grid and relieving the need to invest in costly fossil-fuel plants. “There are benefits to all ratepayers by having more solar power on the grid, and the utility industry is less concerned about ratepayers and more concerned about their profits, and that’s why they’re attacking solar.”

Aguayo disagrees. “Xcel Energy just received approval to add 170 mega watts of utility scale solar to the Colorado system,” she says via email. “We are adding this not to fulfill the state’s renewable energy standard [RES], but because it was cost-competitive with natural gas and benefits all Colorado Xcel Energy customers. This clearly shows that Xcel Energy is looking at all sources of energy for our customers (the PUC also approved an additional 450 mega watts of wind for the system, also not a part of the RES plan) at the best possible price, including solar energy.”

Aguayo also points out that Xcel’s PUC filing regarding net metering does not include any proposal to roll back incentives on rooftop solar.

“We have asked to start the conversation on how to deal with net metering moving forward,” she says. “Incentives will decrease over time, as agreed upon by the solar installation community.”

“I’m disappointed in the appointment,” he told BW. “The governor needed to appoint a Republican or an unaffiliate, and there are a lot of moderate Republicans around who believe in renewable energy. Glenn Vaad’s a very nice man, but he has a very poor renewable energy voting record.”

Jones says he hasn’t counted the votes to determine whether Vaad has enough support to gain Senate confirmation.

“I think there are different levels of support,” he says. “People know his voting record. People who believe in renewable energy … know that the governor could have appointed somebody stronger in that regard.”

While Jones was unaware of any link between Xcel and Vaad, he told BW the ALEC affiliation is concerning, “because of the policies that ALEC’s been putting out, such as trying to get rid of renewable energy standards, and now they’re moving to try to get rid of net metering.”

According to Aguayo, Xcel is not taking a position on Vaad’s appointment. “In all honesty, it probably doesn’t matter what our thinking is,” she says. “It doesn’t matter what our opinion is of who gets appointed. … We always work with the commission. That’s part of the job that we have to do on a daily basis, so it’s really inconsequential who the governor appoints.”

Some say Vaad’s appointment increases the likelihood that the PUC will require the city of Boulder to cover the cost of building new substations and other infrastructure it condemns and takes over from Xcel rather than requiring the two entities to share such infrastructure, an outcome that could significantly increase the pricetag of municipalization.

When asked about Vaad, Boulder Mayor Matt Appelbaum said via email, “Boulder doesn’t have any sort of position on Vaad’s appointment, other than, of course, considerable interest in the process and a desire to have a thorough confirmation hearing so we can all better understand his take on energy issues. From my perspective, a quick take on this is that the issue isn’t really a narrow concern about our muni, but a more general interest in whether he, or any PUC appointee, will help move Colorado into the modern era in the energy realm, or continue to prop up the existing, unsustainable — both economically and environmentally — regulatory framework. While I don’t expect a Republican appointee to necessarily be an environmental champion (and I certainly understand the concerns raised by some in the environmental community, particularly about the ALEC connection), I would hope that such an appointee might be concerned about the economic issues and the need for competition, choice, more open markets, long-term cost-effectiveness, innovation, and a clear path to the energy future we all — including the utility industry — know is rapidly coming.”

“The Colorado Senate should not confirm someone who is a climate change denier to the position of Public Utilities Commissioner,” he wrote.

One PUC insider says that at the very least Vaad is going to have some big shoes to fill in succeeding James Tarpey, who announced his resignation in November.

“It’s a big loss to lose Jim Tarpey,” says Leslie Glustrom, a consumer advocate who has intervened in numerous PUC dockets and was a founder of Clean Energy Action. “He was a fine example of what the best of politics used to be, and the best of what regulation used to be, which is that you’re open to the evidence. You think thoughtfully about it, you treat all parties with respect, and you’re working hard to make the best decision possible from the most honest perspective possible, as opposed to coming in with a predetermined, dogmatic political point of view where you’re now going to use every opportunity you can to drive home your perspective. And Tarpey was the opposite of that, so it’s a big loss.”

When asked about Vaad, she told BW, “I hope that he will follow in Commissioner Tarpey’s footsteps as a thoughtful and reasoned commissioner. This is a time of great transition, and it’s essential to keep an open mind about the best way to promote competition and protect consumers.”