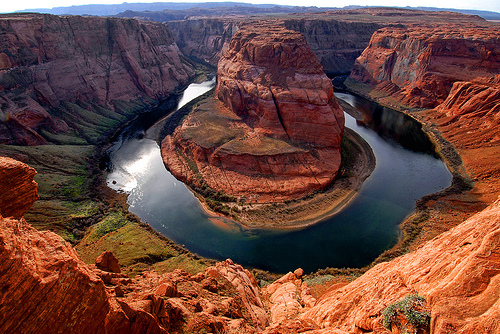 New voices are emerging in the Colorado River basin,
asking for a say and more transparency in how the Colorado and its
tributaries are managed. These stakeholders are asserting their
interests as uncertainty grows around new water development, water
supply reliability, and the health of the rivers throughout the basin.

Up until now, closed-door negotiations between the federal Bureau of
Reclamation, state agencies and major water users have decided new
projects and policies in the basin. In large part this governance style
is due to the incredibly complex legal and institutional framework,
known as the Law of the River,
in which these decisions must be made. Neither the federal government,
nor the states, nor the major water users can manage the river alone,
but in their need to negotiate with each other, they have often excluded
others from the room.

There are several shelves full of Colorado River histories, and authors include Reisner, Fradkin, Hundley, and Hiltzik,
to name a few. These books recount how the region’s power brokers of
water – affectionately known as the water buffalos – divided the water
and built the dams. But the Colorado River books don’t yet tell the
stories of the communities and interests that are speaking up of late.
Here are a few: