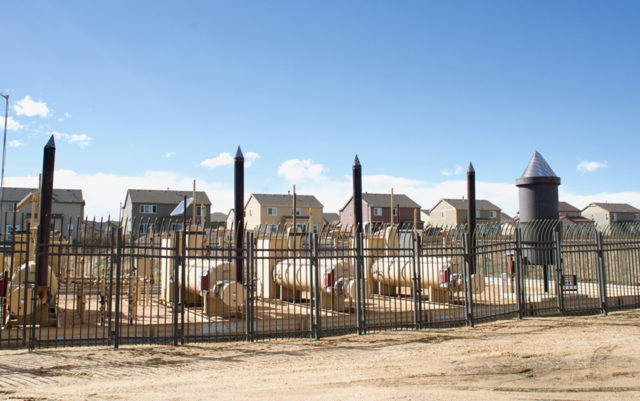 Boulder County released its first draft of updated oil and gas regulations on March 6, with several new provisions included regarding noise and odor regulation, financial assurances and fines and penalties.

The regulation release comes after County Commissioners extended a moratorium on oil and gas permit applications until July 31 in order to finalize these new measures and make them available for public feedback.

The County heralded the proposed regulations as a chance to “provide for close scrutiny of all proposed oil and gas development and multiple opportunities for public input prior to any decision being made.” The changes were made in response to the passage of Senate Bill 181 last year, which ostensibly gives local communities more control over where and how oil and gas operations are managed in their communities.

Among the new regulations: The County will require operators to receive a permit before conducting seismic testing for oil and gas; standards have been put in place to address noise and odor pollution; and operators will have to provide financial assurances (bonds and letters of credit) to guarantee compliance with permits, pollution clean-up and “complete reclamation.” County staff and the Commissioners will also assess “‘operators’ financial fitness,” when considering permits.

The regulations also allow the County to consider how water sources will be impacted by proposed projects. And, fines between $300 and $15,000 are authorized on violations of any regulation and will be determined based on the nature and severity of the infraction.

The next public hearing on these regulations is Monday, April 6 at 4 p.m. Submit comments beforehand to oilgascomment@bouldercounty.org. Review the new regs at boco.org/oilgas.

The state legislature passed a bill sponsored by two local Democrats March 3 that should make bike riding safer in Colorado.

“Cyclists are being hit and injured at an alarming rate, and it’s time we got involved to ensure their safety,” Becker said in a statement. “If we’re serious about ensuring bike safety, then we need everyone who uses our roads to respect bike lanes.”

According to the nonprofit Bicycle Colorado, the bill “eliminates a current gray area regarding who has the right-of-way in an intersection between drivers turning and bicyclists going straight when involved in a crash.”

Bicycle deaths have risen in recent years, both locally and across the state. But data has helped pinpoint where safety efforts might be most effective. For instance, the City of Boulder found in its Safe Streets Report that the majority of bike crashes occur in a crosswalk and that 28% of all bike crashes occur when a motorist turns left or right and doesn’t see, or at least yield, to a bike in a lane or on a sidewalk.

SB 20-061 would make failing to yield to cyclists in such bike lanes a Class A traffic offence, punishable by a $70 penalty.

Andrew Romanoff emerged from a field of nine Democrats, including former Governor John Hickenlooper, to decisively win the statewide caucus on March 7, making him the early frontrunner to challenge Cory Gardner for a U.S. Senate seat in November.

Next up is a June Democratic primary — the winner will be the sole Democratic candidate. Romanoff qualified for the primary by garnering more than 30% of the votes (he got 54%), but challengers can make the ballot by securing 10,500 signatures.

There was low turnout across the state — likely due to the presidential primary occurring on the Tuesday before, nice weather for recreating and coronavirus fears — but Boulder County reported strong numbers, relatively speaking. Of the 2,143 people that caucused, almost 65% went to Romanoff, the progressive former Colorado speaker of the house.