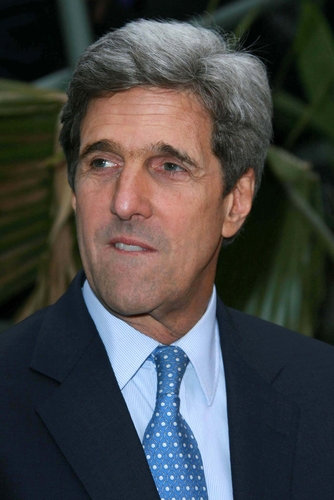 Political news is flying hot and fast recently, like some kind of mixed metaphor we’re moving on from right now. Here’s the latest on several fronts:

Sen. John Kerry will be nominated to replace Hillary Clinton as Secretary of State. Kerry (D-Mass.) has support from both parties, as he’s served President Barack Obama in several international trips during Obama’s administration. Kerry traveled to Pakistan after several incidents raised tensions between the U.S. and Pakistan. See the story at CNN.

In its first public statement since the Dec. 14 school shooting in Newtown, Conn. that left 27 dead, the National Rifle Association called for more gun ownership. “The only thing that stops a bad guy with a gun is a good guy with a gun,” asserted NRA CEO Wayne LaPierre. LaPierre also suggested “blood-soaked films” and “vicious, violent video games” were to blame for the shooting and others that have happened recently. See the story at Slate.

Rep. John Boehner (R-Ohio), the Speaker of the House, failed to rally support from fellow Republicans for his “Plan B” fiscal cliff solution. Boehner’s plan allowed for tax increases to some groups, which frustrated conservative Republicans. Boehner ultimately told Republicans to take Christmas break without holding a vote on the measure. See the story at Slate.