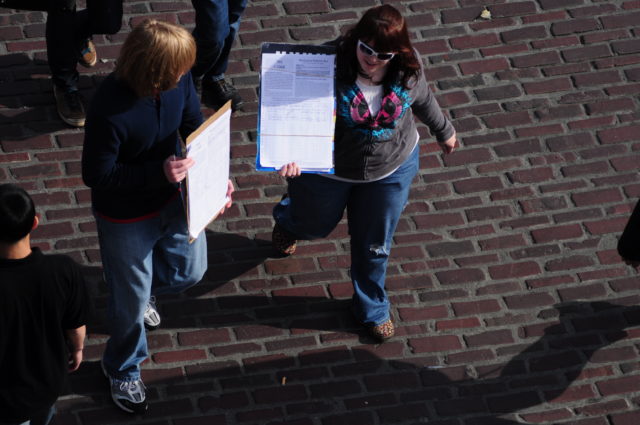 At its virtual meeting on Tuesday, April 21, Boulder City Council voted against an emergency order that would have allowed online signature gathering for initiatives hoping to make the November ballot. “The proposed ordinance is far from a perfect solution,” according to a staff memo. “The intent is to balance the community value of direct democracy against the need to protect our community in this emergency.” Mayor Sam Weaver cast the deciding vote against the measure, as the rest of the Council was evenly divided over the issue.

In 2018, Boulder residents voted to allow online signature gathering, but the City is still developing a two-step verification system that won’t be ready until the 2021 election. Now that the City is under stay-at-home orders and social distancing encouraged, the prospect of gathering signatures in person seems almost impossible before the June 5 deadline.

Groups proposing the initiatives took to Twitter to express their dismay at the Council’s decision. “The majority of Boulder City Council made an irresponsible decision tonight by disallowing online petition gathering in a pandemic,” wrote Charlotte Pitts, who supports Bedrooms for All People, an effort to allow more than three unrelated people to live in one house. The No Eviction without Representation campaign also faces an uphill battle to get its initiative on the ballot.

On Tuesday, April 14, immigration lawyers and organizations sued Immigration and Customs Enforcement (ICE) and GEO Group Inc. officials for the release of 14 medically vulnerable detainees at the detention center in Aurora out of concern for their health and safety due to the COVID-19 pandemic. By Wednesday, ICE had released eight of them, all transgender women living with HIV. The other six remain in custody.

The next day, Thursday, April 16, a federal judge in California allowed a national class-action lawsuit to proceed that accuses ICE of failing to provide standard medical and mental health care for detainees, citing the Aurora facility specifically.

Then on Monday, April 20, another federal judge in California ordered ICE to “identify and track” every person within its custody for whom contracting COVID-19 would result in complications, including pregnant women, those over 55 and people with chronic health problems. As of April 21, ICE reports 253 detainees have tested positive for the disease, although they may not all still be in custody. Guatemala has accused the agency of deporting large groups of people with COVID back to Guatemala.

“We are thrilled that eight of our clients have been released after the filing of this lawsuit. But it should not have taken emergency litigation to achieve this outcome,” Sirine Shebaya, of the National Immigration Project of the National Lawyers Guild, said in a press release about the trans women in Aurora. “Their quick release shows that ICE is fully capable of releasing people, and is aware of the special vulnerabilities affecting many of those it is currently detaining, but is not taking the actions it should unless compelled to do so.”