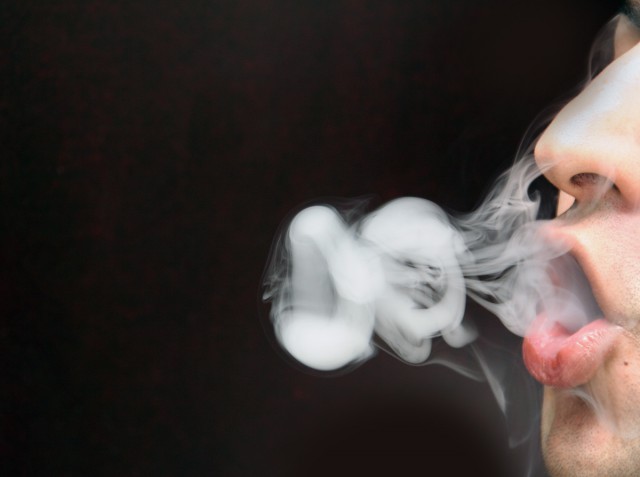 Every year during April, the University of Colorado administration warns students about the potential consequences surrounding the annual 4/20 gathering on Norlin Quad. This year, the university is upping its efforts to end the unwelcome smoke-out. But it remains to be seen how far administrators and police are willing to go, or if their measures will eliminate the event.

In previous years, CU has tried methods such as turning on the sprinklers or asking students to identify their peers in photos taken at the event. But most often, CU has just monitored the gathering for safety and wasn’t concerned with major ticketing. With this year’s event, the university has rolled out several new courses of action to discourage attendance.

“It’s not going to be a ‘crackdown’ — that’s not the word I would use,” says CU spokesperson Bronson Hilliard. “We’re pushing for more enforcement because we don’t want this event on our campus. It happens in the academic heart of the campus where research and teaching are going on, and that’s not an appropriate place for this to take place.”

Last year, the University of Colorado Police Department (CUPD) issued 23 tickets and made five arrests, most of which were marijuana-related, says CUPD spokesperson Ryan Huff. This year the CUPD is bringing in more police and issuing more tickets, he adds.

Possessing two ounces or less of marijuana is a class two petty offense punishable by a fine of $100, says Jeff Gard, an attorney at Gard & Bond LLC. That is also the punishment for consumption of marijuana and possessing any drug paraphernalia, including pipes.

The conviction goes on a person’s record and can be a game-changer for future employment, Gard says. Students could also face penalties with the campus Office of Student Conduct. The punishments would vary for each individual, but those who have had several other offenses with the university could face suspension.

In accordance with the federal Clery Act, the university will also post the names of those ticketed on the CU-Boulder police website’s daily crime log.

Another way the university is deterring people is by stressing the likelihood of high traffic along the Broadway Street construction area and limited parking for guests. The measures are meant to dissuade people from coming to campus. By making it hard for people to attend the event, Hilliard says, he hopes people won’t show up.

CUPD will also be partnering with regional agencies, including the Colorado State Patrol, which will monitor U.S. 36, Hwy. 93, and the Diagonal Highway to check for people driving under the influence of drugs or alcohol. Plus, the Colorado Department of Revenue’s Medical Marijuana Enforcement Division will be on hand to make sure medical marijuana centers don’t violate their license regulations, and the Department of Health will screen all of those ticketed and arrested to see if there’s a need to revoke medical marijuana cards, if the person was caught smoking in public.

To provide alternative options for students, CU Student Government (CUSG) and Program Council are co-sponsoring a free concert with rapper Wyclef Jean. The concert runs from 2 p.m. to 6 p.m., but doors close at 4 p.m. to keep out people coming from the Norlin gathering.

With the exception of the concert, Huff says that this protocol is not that different from any other 4/20 event. Last year’s security for the event cost more than $50,000, and even though he can’t pinpoint this year’s sum, he says it will be more, based on the extra officers they’re bringing in.

Huff wouldn’t say how many police officers will be there or what tactics they will use to prevent the smoke-out, but he says that CUPD is going to avoid violence.

“We are not looking for confrontation,” Huff says.

“We’re looking to work with the community on this event, but we are going to be clear in enforcing the laws.”

What could go wrong?

While Huff won’t say how many extra police they’re using, he did say that anyone who is on campus will notice a difference from previous years.

Hilliard recognizes the potential for extra police enforcement to end badly, but says he’s not worried.

“There’s always risks and downsides to any course of action that any institution takes against anything popular,” Hilliard says.Â

A single confrontation between one protester and one officer has the potential of rippling into the crowd, causing mass chaos. In sociology, the term is deinviduation, the concept of people in a large group forgetting their self-awareness, causing individuals to lose their inhibitions and go along with the crowd.

Some experts are skeptical of the phenomena, like Tom Stafford and Matt Webb, who wrote the 2004 book Mind Hacks. The duo writes about riot psychology and explains the dynamics of the “Elaborated Social Identity Model.”

“People don’t become irrational, and they do keep thinking for themselves, but that doesn’t mean that the influence of the crowd has no effect,” Webb and Stafford write. “In terms of policing, one of the clearest effects to emerge from studies of riots and crowd control is that an indiscriminate kicking from riot police can massively increase the number of people in the crowd who become violent. This is probably because the social identity of people in a group is fluid and changes according to the relationship with other groups.”

They argue that if roused, a group can work together to fight for a common goal. The consequence becomes an “us vs. them” mentality, which can result in disastrous effects.

Senior CU student Patrick Mullholland is familiar with the idea, calling it mob mentality, and he’s curious to see what will happen on 4/20. Because of the increased security, Mullholland is planning to get some pictures if anything bad happens.

“That’s why I’m going with my camera,” he says. “I can see some unreasonable people arguing for their right to civil disobedience — making the situation bigger than it is — and then arguing with the cops and the situation getting out of hand.”

With the uncertainty around police numbers and the strategies they will use, it’s unclear if the situation will turn violent, or if the 4/20 gathering will proceed as it has previously.

Some students believe that even the added security won’t rid the event from campus. CU sophomore Pearl Shyr doesn’t support 4/20 and applauds the university’s efforts, but says she is skeptical that the higher enforcement will be effective.

“It’s been here for so long, and it’s so big. There’s only so much that CU can do,” Shyr says. “There’s only so many cops that can be on campus, and I think the crowd will outnumber them. This year it won’t happen, but they’re taking the first steps to remove it.”

The idea for the free Wyclef Jean concert came about last year after students were surveyed about whether they had partaken in the 4/20 gathering, says CUSG President Andrew Yoder. Depending on the question, the survey received between 3,500 and 3,800 responses.

Yoder says CUSG found out that a lot of CU students didn’t participate. In a unanimous vote, CUSG created a resolution to try to remove the event from campus. After brainstorming some ways to distract students from the Norlin crowd, Yoder came up with the idea for a concert.

“You’ve heard the ways to motivate people — you can use a carrot or a stick, a treat or a punishment,” Yoder says. “The administration always uses punishments, saying, ‘Don’t come, you’ll get tickets.’ But we haven’t given [the students] any other opportunities or options.”

CUSG partnered with Program Council, which selected Jean, a rapper who has supported legalization of marijuana and whose lyrics reference the drug in songs like “Something about Mary.” The overall concert will cost $150,000.

“The idea was to pull in an artist that was big enough that they would have name recognition,” Yoder says. “And would be a good enough incentive for students to go elsewhere and see the concert.”

Senior CU psychology major Danny Sanfilippo believes the concert is just a way to bribe students away from protest.

“I think having a concert to prevent people from attending 4/20 is stupid,” Sanfilippo says. “[4/20] is about people speaking their voice. People are smoking in public to show that they support the legalization of marijuana. It’s nonviolent and peaceful.”

Hilliard and Huff both say the ultimate goal of ending the event will be a multi-year effort. Yoder hopes ridding 4/20 from campus will reclaim CU’s reputation.

“It’s an image thing. There’s a year-round image that we can’t shake. While it only happens one day, it stays with us all year,” Yoder says. “Those are big motivations. You got to ask how many students are not considering coming to CU because of this reputation.“ As far as dollars and cents, Hilliard says he hasn’t heard of donors or lawmakers pulling funding based on 4/20, but he knows the event reflects negatively on the CU campus. His main concerns are the size and negative representation of the school.

“We’re not making a statement about drug policy or drug laws, we’re making a statement about a gigantic party in the middle of campus that we can’t afford to have anymore,” Hilliard says. “People think there’s some secret reason that we don’t like 4/20, but we’ve been really honest and open about the reasons. One, it’s hugely disruptive to the campus. Number two is it sends a message about our student body or our campus that amounts to a stereotype. People do not spend all of their time at CU getting high.”

Along with the annual email the administrators sent to students, this year the university sent an email to parents, asking for their support of ending this unwanted event.

National Organization for the Reform of Marijuana Laws (NORML) Executive Director Allen St. Pierre says 4/20 is important for students because it allows them to speak out against laws that they disagree with. He says that young people are the ones mostly affected by these laws, and that of the 850,000 marijuana-related arrests each year, almost half of those arrested are between the ages of 15 and 25.

St. Pierre supports the protests, having attended CU’s gathering several years in the past, and says he doesn’t understand why the administration believes it reflects negatively upon CU.

“Some of these administrators increasingly over the years keep citing CU’s stellar reputation and stellar academics. OK, all that might be true, but none of that is divorced from the fact that students have been coming out to support the lamenting of this law,” St. Pierre says. “And if the University of Colorado is a stellar university, that enjoys a reputation, it didn’t get sullied in the last year or two. It’s hard to imagine what they’re concerned about, because in 1995 [4/20] didn’t ruin the school, in 2000 it didn’t ruin the school, and in 2010 its reputation didn’t get ruined.”