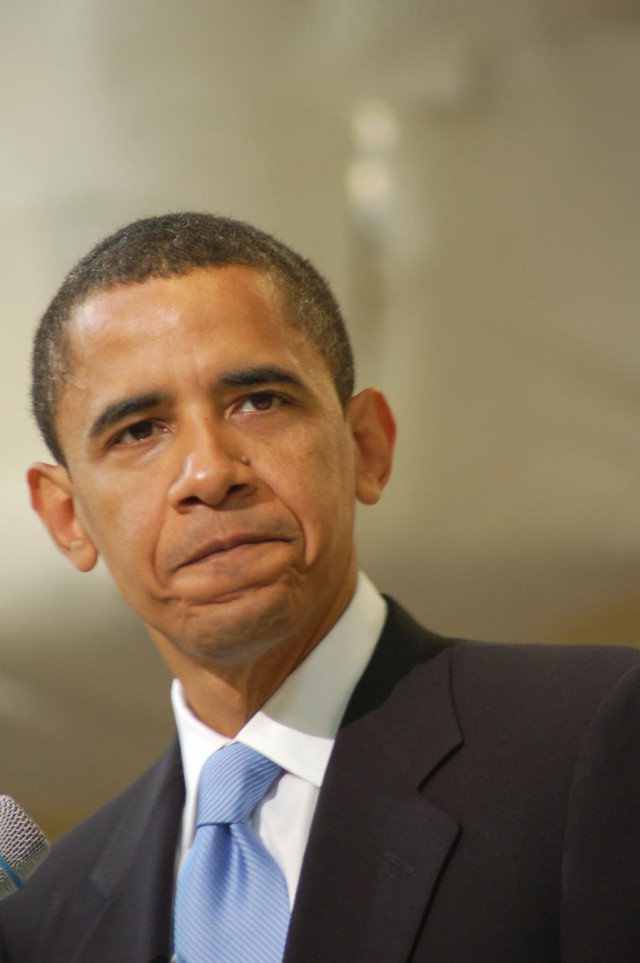 WASHINGTON — President Obama called for reducing the federal deficit by $4 trillion in the next decade through a package that includes tax reform, further cuts in domestic and defense spending, and shoring up of federal entitlements, setting the stage for a spirited debate with Republicans.

After days of build-up, Obama used a major speech at George Washington University to expand on the proposals in his 2012 budget and State of the Union message, leaning on recommendations from his deficit commission in setting the goal of cutting $4 trillion from the federal deficit by 2023.

Obama called his a “balanced approach,” one that makes difficult choices but does so fairly.

“We don’t have to choose between a future of spiraling debt and one where we forfeit investments in our people and our country,” he said. “To meet our fiscal challenge, we will need to make reforms. We will all need to make sacrifices. But we do not have to sacrifice the America we believe in. And as long as I’m president, we won’t.”

Before detailing his vision, Obama offered a long wind-up detailing how America got to this point.

“After Democrats and Republicans committed to fiscal discipline during the 1990s, we lost our way in the decade that followed,” he said. Pointing to policies of his predecessor, he said that “if we had simply found a way to pay for the tax cuts and the prescription drug benefit, our deficit would currently be at low historical levels in the coming years.”

But deficits have continued to grow under Obama’s watch, which he attributed to a dire economy that is now in recovery.

A preliminary analysis of Obama’s original 2012 budget by the Congressional Budget Office forecast the deficit to shrink to $1.2 trillion in 2012, from $1.43 trillion in 2011. It projects a combined $9.5 trillion in deficits by 2021, which Obama would aim to cut through nearly equal savings from discretionary and mandatory cuts, tax reform and savings in interest paid to the national debt.

Included in his plan is a so-called “debt fail-safe” trigger that would require across-the-board spending reductions — with some exceptions — if the nation’s debt continued to rise in proportion to the overall size of the economy.

After reaching agreement with Republicans to cut $38 billion from federal spending through 2011, Obama proposed new reductions to discretionary and defense spending in the next decade, and finding nearly half a trillion in savings to healthcare by building on reforms in his health plan adopted last year.

On that front, the president’s plan draws a sharp contrast with a proposal from House Budget Committee Chairman Paul Ryan, R-Wis., to overhaul Medicare and Medicaid.

“Let me be absolutely clear: I will preserve these healthcare programs as a promise we make to each other in this society,” Obama said as Ryan watched from the audience. “We will reform these programs, but we will not abandon the fundamental commitment this country has kept for generations.”

Obama’s plan leans most heavily on his deficit commission in its recommendation for a major overhaul of the U.S. tax code. Obama, who has already proposed in next year’s budget to allow the Bush-era tax cuts to expire, offered no specific plan but called for eventually adopting a new system that “is fair and simple _ so that the amount of taxes you pay isn’t determined by what kind of accountant you can afford.”

Even as Republican lawmakers call tax increases a nonstarter, he indicated equal resistance to the status quo.

“We cannot afford $1 trillion worth of tax cuts for every millionaire and billionaire in our society. And I refuse to renew them again,” he said.

The road ahead for lawmakers is far from clear, and differences exist even within the parties. Looming first is a vote Congress on whether to increase the limit on the national debt.

While Obama was presenting his plan, House Democrats offered up their solution_a plan that would raise taxes on the wealthiest Americans, freeze some domestic spending and make significant cuts to defense and Homeland Security funding.

In the Senate, where Republicans have not all signed on to the Ryan plan, a group of Republican senators held a discussion of the need to reduce spending and how they hoped to work with Obama to do so.

To begin bridging those differences, Obama said Vice President Joe Biden would lead a new bipartisan negotiating process that could start after the coming Easter recess. He called for lawmakers to have a reasoned, even if vigorous, debate.

“I don’t expect the details in any final agreement to look exactly like the approach I laid out today. I’m eager to hear other ideas from all ends of the political spectrum,” he said. “Americans deserve and will demand that we all bridge our differences, and find common ground.”

A new Gallup poll released Wednesday found that 59 percent of Americans say they would support raising taxes for families with incomes of $250,000 or more, while 37 percent would oppose it.

Respondents were split on further cuts to domestic spending: 45 percent said they supported “significant additional cuts” and 47 percent would oppose them. And only 13 percent of those surveyed backed a complete overhaul of Medicare; 18 percent would support major changes. A combined 61 percent said they would back only minor changes or none at all.

The survey of 1,004 adults was conducted Monday; it has a margin of error of plus or minus 4 percentage points.