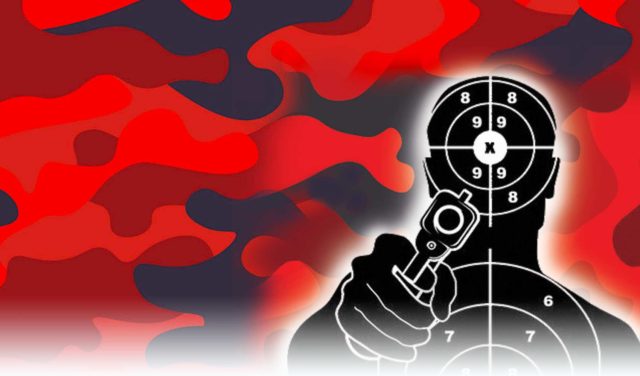 Here’s the problem: People are allowed to shoot firearms in the Arapaho and Roosevelt National Forests, but homeowners and recreationalists complain about noise and blight, and everyone, including the shooters themselves, are concerned about safety.

So five years into the process of trying to get fewer people shooting guns in the forests, a group of federal and local authorities, including Boulder County and the U.S. Forest Service are beginning to zero in on a solution: build gun ranges out of the forest, near population centers.

In exchange for closing off nearly one-fifth of the 1.4 million acres that comprise Arapaho and Roosevelt National Forests to recreational shooting, the Forest Service, Colorado Parks and Wildlife, and Boulder, Larimer, Gilpin and Clear Creek Counties (collectively known as Northern Front Range Recreational Sport Shooting Management Partnership and herein referred to as the Partnership) are looking to site several ranges throughout Northern Colorado to accommodate displaced shooters.

Boulder County has two potential sites for shooting ranges at the moment: an expansion of the current Boulder Rifle Club range in North Boulder, which is open, mostly, only to private members, and a new range at the Cemex quarry near Lyons. The other counties in the Partnership are also working to locate range sites.

Though it represents a solution to the problem posed by dispersed shooting in the forests, communities near the potential ranges have expressed concern about noise, wildlife disruption and water contamination from spent lead bullets.

“Does anyone, when you propose a shooting range next to them, jump up and down?” he says.

But the need to accommodate shooters who will be displaced by the forest closures is real, Sanfaçon says, because simply closing parts of the forest to shooting will only worsen the problem in open areas.

“The typical approach on Forest Service land is Forest Service does an analysis and closes a particular area of shooting. But it’s like a tube of toothpaste: you squeeze it, it goes somewhere else,” he says.

The Partnership’s approach benefits from being collaborative, regional and, most importantly, slow. Sanfaçon and Partnership officials toured the Cemex site with members of the Lyons Board of Trustees, and have had several conversations with the Board, even though the Cemex site is technically outside Lyons town limits, and even though Cemex hasn’t signed a Letter of Intent to sell the property.

Sanfaçon says Cemex would have to remediate the property, a sandstone quarry, as part of a sale, and that the Partnership has had “good conversations” for several years with the company about transferring the site. Still, it’s hard for the Partnership to address community concerns until a Letter of Intent has been signed, because the Partnership won’t spend money to do necessary environmental impact and sound studies or financial planning until they’re sure they can get the site.

“[Cemex] is an international global company,” Sanfaçon says. “It’s not a simple, ‘Hey, let’s go figure this out.’ Yes, they’ve shown interest but we haven’t gotten to the point of cost or negotiations.”

That hasn’t stopped the Lyons Board of Trustees from soliciting feedback and getting out in front of potential community concerns. The Lyons Ecology Advisory Board, at the direction of Mayor Connie Sullivan, looked at the potential environmental and social effects of a range so close to Lyons — to the west of the Cemex site, over a ridge, there are houses and a school, and the St. Vrain Creek runs adjacent to it.

The Board found that “regular gunfire may cause elk to abandon” the meadows west of the site, and that mule deer in the area, which rely on the St. Vrain as their only water source, could be deterred from accessing the area.

The Board also determined that lead introduced to the environment through the oxidation of bullets could leech into groundwater. That problem is exacerbated because of the site’s historic use as a quarry.

“As this site is an old quarry where the rock has been blasted and excavated, it is expected that the underlying strata has been fractured and will allow water to percolate into the groundwater table,” the Board found.

But one of the biggest concerns to residents near both potential shooting sites in Boulder County is noise. Sanfaçon says the Partnership organized an informal test to see if noise would carry into Lyons. Law enforcement discharged firearms at the site while Trustees and Partnership officials moved to different locations throughout town to see if the noise carried. Sanfaçon says the “sound impact was pretty minimal,” as it was only at the high school where noise could really be heard. Still, he cautions it wasn’t a sound study, and wasn’t in any way indicative of the planning that would go into building a range there, which would test different sound mitigation techniques and change shooting direction to see which was quietest.

Lyons Trustee Barney Dreistadt said at a December meeting he hoped for a town-wide sound test when the time came, as one of the concerns he was hearing from community members was that they would be able to hear gunshots from their houses. Though traffic from the nearby intersection of highways would certainly mitigate sound impacts, Dreistadt said it’s important to be vigilant about ensuring the sound mitigation is total.

“We did receive a letter from a veteran who has PTSD, and it’s a real concern to that family,” Dreistadt said. “If every time there’s a gap in traffic, they’re hearing shots, that’s a concern. … I’m hoping the mitigation is every bit as robust as we understood it to be early on.”

At the same meeting, Mayor Sullivan also pointed out that Lyons has a unique geological landscape that makes sound mitigation difficult.

“Sound [reverberates] around here very differently than it does in a flat area,” Sullivan said. “If [a range] comes here and it doesn’t work, we will have created a very serious problem.”

Sullivan’s comments allude to perhaps the biggest issues with the Boulder County ranges: will shooters actually leave the forests for the ranges, and will the Forest Service be able to enforce the new no-shooting regulations?

“Overwhelmingly the shooters that come to [Partnership] meetings are more interested in a built range than dispersed shooting in the forests,” Sanfaçon says. “They don’t feel safe in the forest because they don’t know if the guy next to them is a safe shooter or not. Most of the shooters that we ran into said, ‘Yes, we want a range,’ and right now, there is no public range in Boulder County.”

County Commissioner Deb Gardner told the Trustees at the December meeting that she’s been working with Forest Service Supervisor Monte Williams about what that agency can do to beef up enforcement in the forests.

“Monte is asking for additional budget money from the Forest Service specifically for enforcement,” Gardner said. “It would be for signage, multiple signs for the same spot because we know they’ll get taken down and shot up and we’ll need to replace them, and additional officers that would be able to work that enforcement piece. [Williams] won’t sign the agreement for the closures unless he has that money.”

Gardner added, “We’re prepared to add additional deputies to our force during the shooting season when most folks are up in the forest shooting.”

And, Sanfaçon says, the demand for ranges is there, regardless of the forest shooting changes. There are hundreds on the waitlists at the Boulder Rifle Club and Erie’s Green Mill Sportsman’s Club. The Boulder Rifle Club received a grant last year to begin studying the feasibility and costs of expanding its location to allow for public shooting lanes.

Boulder Rifle Club, which is suing the city over its assault weapons ban passed last year, declined to comment for this story and referred us to their lawyer, who did not respond to requests for comment.

The Partnership is still exploring other areas in Boulder County for a range, but Sanfaçon says the idea is to have one available to those in the southern part of the county, and one in the north. What makes both sites appealing is that they’re both within 30 minutes of population hubs, but close enough to the forest so shooters won’t have to travel farther than they were before the closures.

No matter what sites are chosen, the process to expand or build a shooting range, or ranges, in Boulder County will be long. The County will have to issue a special use permit for any project, which will then have to pass through the Planning Commission and the Board of Commissioners. Sanfaçon adds that community members in both Boulder and Lyons will have the opportunity to weigh in on concerns before any permit is issued.