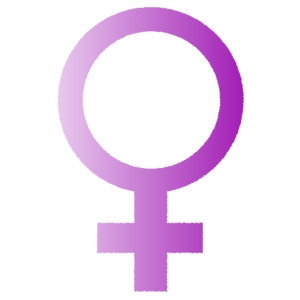 Coloradans once again rejected an attempt to amend the state’s constitution to give full constitutional rights to fertilized eggs. Amendment 62, known unofficially as the Definition of Person amendment and the Fetal Personhood amendment, sought to apply the term “person” to “every human being from the beginning of biological development of that human being.”

Similar to the proposed Amendment 48 in 2008, this year’s ballot initiative aimed to legally recognize fertilized human eggs as people, giving them the same “inalienable rights, equality of justice and due process of law” that the Colorado constitution grants all human beings. And just like Amendment 48, which failed 73.21 percent to 26.79 percent, this year’s version was overwhelmingly rejected, garnering only 30 percent of the vote.

If it had passed, it would have made all abortions and some forms of birth control illegal — including the “morning after” pill, birth control pills and intrauterine devices (IUDs), all of which can cause a woman’s body to reject a fertilized egg.

The amendment would also have affected people’s ability to make use of in vitro technology to combat infertility and would have eliminated stem cell research.

Doctors worried that they might face criminal charges if steps taken to preserve a mother’s health resulted in harm to a fetus. Women’s health advocates expressed concerned that women who had natural miscarriages might face legal inquiries, including invasive forensic vaginal exams, to make sure they hadn’t deliberately terminated their pregnancies.

The effort against Amendment 62 included medical practitioners, women’s health advocates, reproductive-rights activists, and civil rights experts, as well as rape survivors, some of whom spoke publicly of their experiences and how important it is for a woman who has been raped to regain control of her body by having access to emergency contraception and, if needed, abortion.

“The No on 62 Campaign and the more than 70 organizations that have been opposing Amendment 62 are absolutely thrilled,” says Fofi Mendez, campaign director for the No on 62 campaign. “We have doctors, nurses, medical researchers and faith leaders, as well as health care advocacy organizations and civil rights advocacy groups across the state who are absolutely thrilled that they were able to get the message out to voters that Amendment 62 is not only sneaky, but that it confers constitutional legal and constitutional rights on fertilized eggs in Colorado. And that is something that Colorado voters have overwhelmingly rejected.”
Some experts attribute the slight gains made by supports of the amendment to a higher conservative voter turnout. But regardless of those tiny gains, Mendez says Coloradans have made themselves clear on this issue.

Proponents for Amendment 62 have told the media they plan to be back with another attempt in 2012.

Says Mendez: “Our question to the them is, ‘What part of ‘no’ do you not understand?”