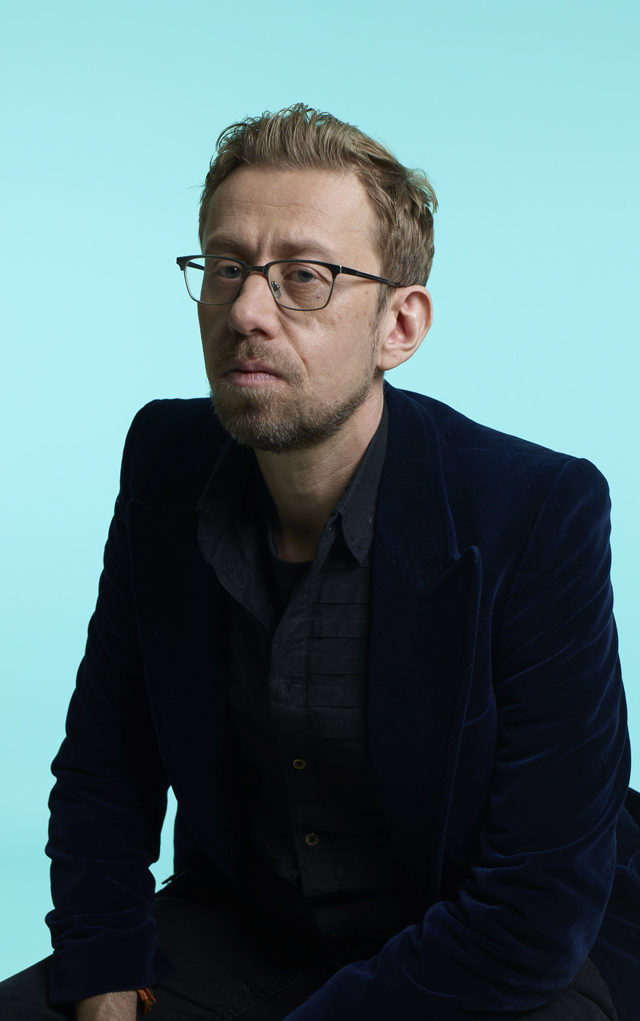 As a species, humans buy into trending ideas regularly — sometimes for our benefit but equally often to our detriment; just think about diet fads and pyramid schemes. Ideas shape our emotions and ideals, actions and beliefs, habits and opinions. Ideas act as catalysts for change, and if they are good, according to one philosopher, they can act as the medicine to heal our cultural wounds.

There’s no shortage of panic-inducing news today, with shifting political landscapes, mass migrations and a rapidly changing climate, leading many to believe that humanity needs to rethink its fundamental systems — like farming, energy and banking.

If you are one of those people, you may be interested in the ideas of modern philosopher Daniel Pinchbeck. Although sometimes viewed as radical in his views, many see Pinchbeck’s ideas as grounded in logic and founded on evidence — even if that evidence is a self-evident and subjective experience.

Pinchbeck was born and raised in New York City. Son of the famous writer Joyce Johnson (most notorious for her relationship with Jack Kerouac, and the memoirs she published thereafter), he was exposed to an artistic atmosphere at a young age and was surrounded by some of the Beat Generation’s best.

Now, he is one of the most prominent and controversial philosophers of our time; prominent in that he is a famous author, and controversial in that he is an educator for psychedelic substances and advocate for radical social change. His hypothesis that the mystical realities people experience under the influence of psychedelics have a flavor of validity flies in the face of scientific materialism, to which he admits to having once been an adherent. It was not until he started doing research for his book, Breaking Open The Head, which dealt with psychedelic shamanism (the technique of using psychotropic plants to reach new levels of awareness in the mind) that his materialistic outlook on life changed.

“I assumed that consciousness was purely a material phenomenon of the brain, and therefore when we died, there couldn’t be anything beyond that,” Pinchbeck says.  “What changed my view on that was the research I did for Breaking Open The Head — having many psychic experiences, like telepathic experiences, foreshadowings, synchronicities, shamans being able to access information that they couldn’t have possibly known.”

These profound experiences sent Pinchbeck on an investigation that would pave the way for the future of his career.

“I began to recognize that consciousness was maybe not just locked into the individual brain, but somehow we could communicate non-locally,” he says.

Some of the other books Pinchbeck has written include The Return Of Quetzalcoatl and Notes From The Edge Of Time. He is also the founder of the think tank Center for Planetary Culture, and co-founder of the web magazines Reality Sandwich and Evolver.net. His latest project is a book titled How Soon Is Now?, which was released on Feb. 1.

How Soon Is Now? has a few different theses — one of which Pinchbeck is particularly adamant about emphasizing. According to him, the current global warming crisis mirrors the rite of passage or initiation process many people in tribal communities go through in order to prove their worthiness of elevation to a higher status, be it social or religious

And just as tribal members had to endure their trials to move forward, so does humanity.

“Either we’re not going to make it as a species, or we’re going to reach a higher state of consciousness, collectively,” Pinchbeck says.

For Pinchbeck, the rites of passage in some tribal societies include a series of heavy ordeals designed to help an individual become more ecologically aware. Western society has banished these initiations, and replaced them with a materialistic and consumerist paradigm that forces people to work from an extremely narrow-minded point of view.

“So people are trapped in a very limited, egoic sense of consciousness and subjectivity,” he explains. “They don’t really feel such a deep connection to a larger whole, so they pursue very limited personal ambitions.”

And so it goes. With the majority of the population feeling no responsibility for a larger whole, the whole starts to crumble.

“We are over-consuming resources. We are supporting this very individualized vision. And it’s not working out. It can’t continue,” he says.

Pinchbeck’s solution is to come up with a new model, which he calls a regenerative society. It’s self-explanatory: In order to save the planet and change the corrupt systems we are a part of, the systems need to be redesigned.

“It requires a rethink and redesign of our technical systems, like energy and industry and farming, and then also of our social systems,” he says. “But then also this requires a profound shift in our consciousness, our subjectivity, our sense of what our meaning is.”

Of course, this regeneration won’t be easy. But if people approach it in the way that tribal societies approach their initiatory process, Pinchbeck believes we can pick up the pieces of the planet and solve the puzzle of planetary disintegration before it’s too late.

In other words, humanity must look at regeneration as mandatory.