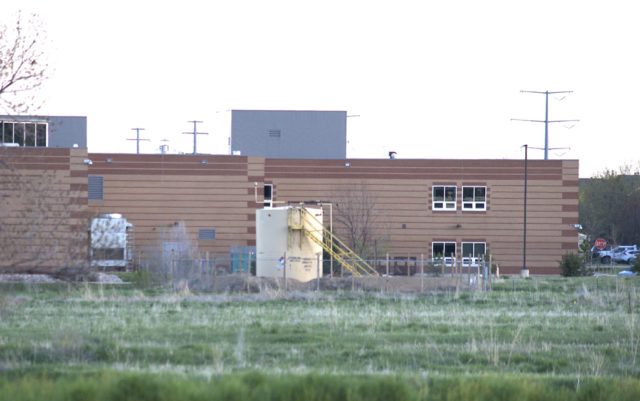 Colorado experienced 509 oil-and-gas-related spills in 2016, and experts expect more spills this year as production and drilling activity around the state increase.

These findings are part of a recent report from the Center for Western Priorities (CWP), a Denver-based public lands and energy watchdog group. The report breaks down 2016 spill data provided by the Colorado Oil and Gas Conservation Commission (COGCC) in terms of spill contents, location and impact.

“There are some indications that permits for drilling have gone up significantly in the last couple of months,” says Aaron Weiss, media director at CWP. “If prices go up slightly then there may be sites in Colorado where it becomes profitable to drill where it wasn’t before.”

The report indicates that Colorado’s top five oil and gas producers accounted for roughly 50 percent of spills in the state. The top two producers, Noble Energy and Anadarko Petroleum, were responsible for nearly a third of all spills.

Only 115 reported spills contained oil, while half were comprised of produced water, a toxic by-product of the fracking process.

“That term, ‘produced water,’ doesn’t really give you a sense of how toxic this stuff can be. It isn’t something you want going into a stream or into your well,” Weiss says. “This is toxic stuff.”

Spills often occurred near surface water, with 89 spills (17.5 percent) taking place within 500 feet of water sources. While only four spills were found to have impacted surface water, the spills’ distance from water went unreported in 44 percent of cases, making the full implications of these spills unknown. Fifty-eight spills reportedly affected groundwater.

In a 2015 study published in Environmental Science and Technology, researchers measured water contaminated by produced water. Researchers found levels of ammonium 50 times higher than maximum safe levels as determined by the Environmental Protection Agency. Water contamination poses a serious threat to humans because it can go unreported or unnoticed for years at a time, even in drinking water.

Proximity to occupied buildings has also been a contentious issue, when it comes to oil and gas development. Boulder Weekly has previously reported on numerous lawsuits between property owners and the companies that operate wells nearby. And this month, a Colorado bill attempting to require a 1,000-foot setback from school property lines was blocked in the state senate.

The report notes that 246 of Colorado’s 509 spills took place in Weld County, despite it comprising less than 4 percent of Colorado’s total area. While the prevalence of spills is not surprising given the extent of Weld’s oil production, some residents are concerned with the repeated spilling in the relatively small area.

“It’s horrendous, the amount of wells that we have,” says Carl Erickson, chair of Weld Air and Water. “The spill situation in Weld County is so bad that we have [a spill report,] a permanent Monday fixture in the Greeley Tribune. … There are usually at least six spills that have happened in the previous week — sometimes it goes up as high as 15.”

Despite the detailed information the report provides, the data — which comes from the oil and gas companies themselves — leaves many questions unanswered. We know how many spills occur, but without information about volume we have no way of knowing how much spilling is going on. And because reporting requirements differ from state to state, it’s hard to say how Colorado’s spills compare to other states.

Erickson and Weiss agree that more stringent reporting requirements are essential to understanding oil and gas production in our state. But there’s one thing that the available data tells Weiss loud and clear.

“You do see spills going up and down as production rises and falls,” he says. “If we are entering a period where production is ramping back up, then we will likely see spills start increasing again this year.”