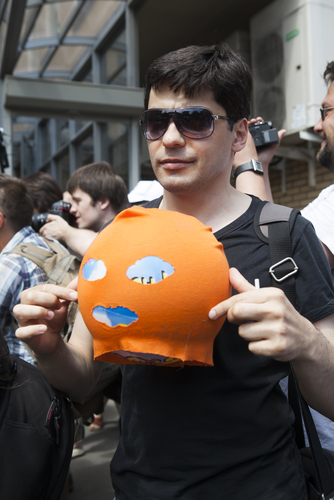 Russia’s riot grrl punk band Pussy Riot was sentenced to two years in jail Friday for “hooliganism” in a trial that has electrified sentiment against Russian President Vladimir Putin.

The group was on trial for an unannounced performance in Moscow’s main cathedral that included an anti-Putin song. The case has ignited debate about the country’s free speech laws, and the sentence included “hooliganism motivated by religious hatred” and “offensive words” for Russian Orthodox Christianity.