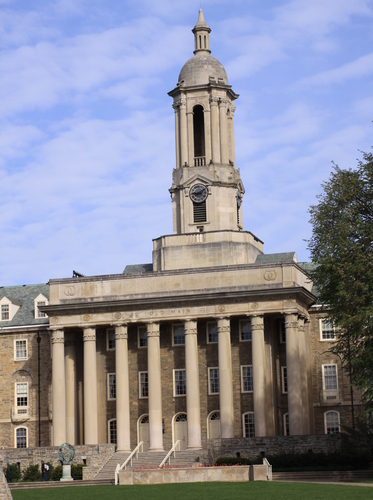 A man claiming to have been the boy sexually assaulted by Jerry
Sandusky in a Penn State locker room shower will file a lawsuit against
the university, his lawyers announced Thursday.

The Associated Press
reports that the man, whose name was not released, did not testify in
last month’s trial of the former Penn State football coach, although his
relationship with Sandusky was one of the focal points of the case.
Victim 2, who the man claims to be, was the boy Mike McQueary saw
Sandusky sexually abuse in a locker room shower in 2001. The lawyers
allege that the boy endured “extensive sexual abuse” by the coach both
before and after that incident.