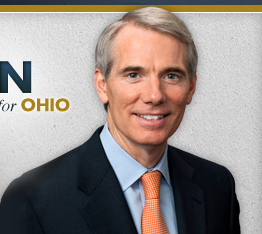 Sen. Rob Portman, R-Ohio, has announced that he is in favor of gay marriage after his son told Portman and his wife that he is gay.

Portman’s position stands in contrast to the Republican Party’s platform, which opposes marriage rights — and, often, civil unions — for homosexuals. Portman had previously opposed those rights.

But, Matt Yglesias of Slate.com says, Portman’s switch is not a high-minded, ideological shift. It’s more narcissistic and narrow than that. Portman supporting gay rights is simply a matter of a conservative realizing the “lack of compassion” inherent in one of his views and changing that particular view. Portman isn’t any more sympathetic to other people negatively affected by his positions — like farmers suffering due to climate change, or people in poverty — than he was before.

See the story at Slate. Read Portman’s editorial column, in which he announces his position in favor of gay marriage, at the Columbus Dispatch.