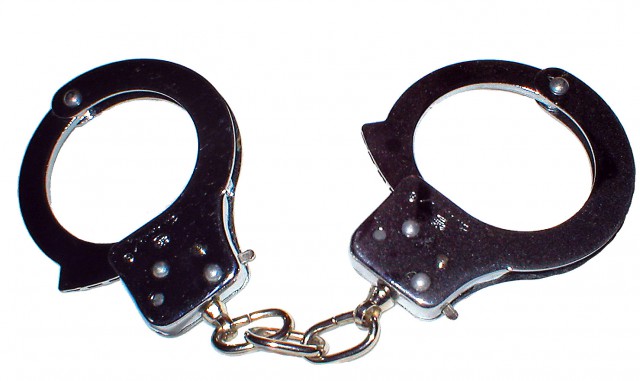 The Senate Judiciary Committee on Wednesday passed the shackling bill, Senate Bill 193, on a unanimous vote. The bill, carried by Sen. Evie Hudak, D-Westminster, would prohibit the shackling of inmates who are in labor, giving birth or recovering from giving birth, except in cases where an inmate poses a threat to herself or others, or where she represents a serious flight risk.

The committee, made up of four Democrats and three Republicans, heard testimony from Joanie Shoemaker, the deputy director of corrections for the Department of Corrections (DOC), the department of the state government that runs the state’s prison system. Though DOC is not taking an official position on the bill, Shoemaker told lawmakers that she has concerns about the measure. In particular, she said, a provision that would leave women who have just given birth unshackled might enable inmates to escape at a time when they might be highly motivated to do so because they know they’re going to have to give up their babies and go back to prison.

Shoemaker also said that leaving women unshackled during transportation presents certain security problems for DOC. In some instances, they’re not certain an inmate is truly in labor. Transportation to locations outside prison walls provides inmates a good opportunity to escape, she said.

Senators heard testimony in favor of the bill on April 14, but had tabled the bill to await a fiscal analysis and a response from DOC. The cost of the bill is estimated at $44,000 annually, mostly due to DOC’s assertion that it will need to have additional correctional staff with inmates in the hospital if those inmates aren’t shackled.

Boulder Weekly Editor Pamela White also testified, recapping some of what the committee heard last week about the medical risks shackling presents to laboring inmates and their babies and pointing out that other states have passed similar bills without assessing a fiscal impact.
Specifically, she discussed a bill that recently was passed in the Pennsylvania Senate. Lawmakers there concluded that the same number of guards were needed regardless of whether an inmate is shackled or not. That decision was prompted by an incident in which an inmate’s condition grew critical while she was shackled to her hospital bed and the guard left the vicinity. When the guard returned, a doctor was trying to cut off the shackles using a hacksaw in order to save the woman and her baby.

White also stressed that the bill doesn’t apply only to DOC, but attempts to create a uniform policy in jurisdictions across the state, offering guidance to county and municipal jails, where pregnant inmates aren’t common and policies vary widely.

“I’m relieved the bill passed and very happy to see it earn such strong bipartisan support,” White said after the vote. “Sen. Hudak is obviously very committed to the bill, and I think lawmakers recognize that it is important for Colorado to re-examine how it treats these women.”

SB 193, which grew out of a Boulder Weekly investigation into the shackling of inmates during labor and delivery, now goes before the Senate Appropriations Committee.