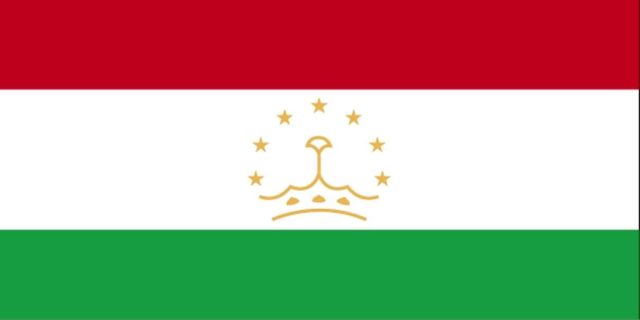 A cohort of nonprofit leaders, university professors and journalists from Tajikistan visited Boulder last week to discuss the role of the media in the U.S., and share ideas about how to grow a free press in Tajikistan. Boulder was chosen as a location on the U.S. State Department-sponsored visit because of our sister-city connection with Tajikistan’s capital, Dushanbe. I joined the discussion, which included a rundown of the corporatization of American media, the current politics of division, and how journalists are working to overcome such obstacles. In our exchange of ideas, it was striking to see some of the similarities between issues within Tajik culture and our own — scapegoating migrants, restricting journalists, and the growth of extremist groups and ideals, to name a few. In the spirit of the sister-city program, which seeks to share culture and the burden of those cultures’ problems, here’s a bit of what we learned.

Tajikistan is dealing with a migrant crisis, albeit one different from the situation in the U.S. Tajiks travel throughout the Central Asia region, often to Russia, in search of employment, only to face racial-based discrimination, attempts at extremism from terrorist groups, and, often, expulsion back to Tajikistan.

“In our country, we have no problem of bad-natured migrants because we’re dealing with our own citizens,” said Fayzullo Nasimov, program assistant with the International Organization for Migration (IOM). “A big proportion of them are not foreign citizens. [But there are] such bad attitudes toward migrants in Russia, because it’s one of the main countries admitting migrants — xenophobia, human rights violations.”

Nasimov said some xenophobic groups in Russia have usurped the term “patriot” in their efforts to rid the country of migrants. Migrants from Tajikistan and other Central Asian countries are called “black people,” which Nasimov noted is a “very derogative term.”

Tajik migrants will enter Russia, return to Tajikistan, and then, unaware of reentry laws, find themselves on a black list when they try to reenter Russia, which comes with a ban of three to five years. Mohira Fayzulloeva, another program assistant with the IOM, said it’s a “trick” used by the Russian government to keep migrants out of the country without having to pay for deportation.

This creates an issue of former migrants being stuck in Tajikistan, often without much education and few job prospects. The work done at IOM is focused around attempting to integrate these people back into Tajik society.

“In our organization, we have projects,” Fayzulloeva said. “We are providing income-generating activities for the vulnerable, especially for migrants with a reentry ban. … We are working together, we are identifying the economic situations. For example, we are providing small business packages for them. We are buying equipment for them.”

The migration of people from Tajikistan is born mostly out of economic need — the majority of Tajik people live on $70 a month, when a kilo of meat (2.2 pounds) costs $7. Combine that with educational challenges, particularly in the Tajik countryside, and migrants, in search for greener pastures, often end up in bad situations.

“People, for example, become radicalized by not knowing where they are going — primarily with those parts of the population who left to Syria or Iraq, they joined extremist groups, ISIS,” Fayzulloeva said. “Of course the government, all the NGOs we have in our country, they’re working to protect and inform people about this problem.”

Fayzulloeva added that extremist groups capitalize on the dire situations of Tajik migrants, sometimes offering relatively large sums of money and opportunities to join their groups. In turn, the Tajik cohort agreed that the Russian government will use these people as examples of how migrants are perpetuating terrorist organizations, even though all the recruiting is done in Russia. And if Tajik migrants aren’t joining terrorist organizations, the propaganda goes, they’re taking Russian jobs, Nasmiov said.

“Russian media is used by Russian politicians to create bad image of migrants,” he said “‘They are taking your jobs,’ [but Tajik migrants] would never do the same jobs as Russian citizens. It’s usually dirty work.”

At this point, a functioning media in Tajikistan would support IOM and others’ efforts to inform migrants about the dangers abroad, provide clarity to the politics of migration, and, Fayzulloaeva said, offer solutions that would keep Tajiks in the country, or at least find safer situations in other countries.

But freelance journalist Asa Isoev (name changed) said the Tajik government has a strong hold over the media. Isoev publishes under a pseudonym to online sites, where other news organizations pick up her work, because the government-run media restricts what can be published and won’t work with her because of her religion.

The first issue with installing a free press in Tajikistan is resource availability.

“We have no special university which is teaching international standards of journalism,” Isoev said, “and our faculty of journalists, they have no high-qualified journalists who are teaching.”

Isoev added that organizations trying to do work are hampered because they have no funds for broadcasting and no money to train cameramen how to use specialized equipment.

The second issue is with the government’s involvement in the media. All journalists — domestic and foreign — have to register with the Ministry of Foreign Affairs, which issues an ID card. Any story published critical of the government, or in opposition to it, may be punishable by at least a $1,000 fine and the rescission of the ID. Government journalists, on the contrary, have free reign to print their version of events, Isoev said, and the IOM members in the cohort said they’ve had numerous experiences where “journalists” attribute incorrect quotes or stats from their organization, ostensibly to prove the dubious theses of their stories.

And the third issue is that if a freelance journalist like Isoev writes a story that challenges the government, the outlet that runs the story will often throw the journalist under the bus.

“Our chief editors are not taking care about our rights if we make some investigative report and it makes a big problem in society. They will not care about us,” Isoev said. “They will say, ‘It was her thing, you should discuss it with her, not with us.’”

Isoev said, however, that wherever she goes, people are willing to talk and share their stories. Outside of government sources, the hunger for a free press is ravenous in Tajikistan, and many of her stories are shared on social media, which is so far still accessible to most people.

Fayzulloeva said without a free press, the responsibility for educating people of what’s essential to a peaceful, free society — understanding, compassion, opportunity — comes down to the individual. The hope is that IOM’s work and the work of freelance journalists like Isoev make an impact and better educate the community. But it starts in the home.

“One thing I observed from my experience, children, when they are very small, they don’t care who is white or who is black,” she said. “We are informing them of stereotypes.”

And that message is universal.