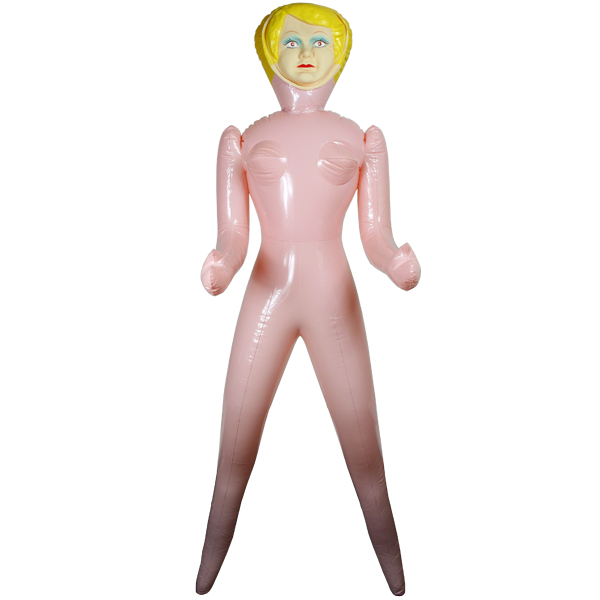 Since his first sexual encounter at age 16, Andrew, who is now in his 40s, has had more than 3,000 anonymous partners.

When March rolls around, however, he will have an anniversary to celebrate. It will mark his ninth year in sex addiction therapy.

Even when his behavior made him feel “like shit,” he says, he couldn’t control his compulsion. He couldn’t stop.

The availability of the Internet, though, took away that hassle and brought affordable, anonymous smut right into his home. For Roger, that accessibility changed an occasional pastime into a compulsive obsession, one that began to interfere with his job and take time from away from his relationship with his family.

While his significant other was out of town, Tim (also a pseudonym) spent a week on a “sexual bender,” spending night after night visiting adult video chat rooms and using the Internet to try to find women to sleep with, often engaging in this behavior well into the following morning.

“I would try to work,” he says, “and find myself checking out online personals for someone to casually hook up with.

Each of these men belong to an anonymous support group for sexual addiction modeled on the 12-step program of Alcoholics Anonymous, such as Colorado Sex Addicts Anonymous and Sexaholics Anonymous. And while each man describes his addiction as “isolating,” they are far from alone in numbers. According to some estimates, as much as 8 percent of the population suffers from some form of compulsive sexual behavior, and the true figure could be much higher due to underreporting.

“Sex addiction is continued and escalating sexual behavior,” says therapist Pam Kohll of Boulder. She says that “escalating” means taking greater and greater risks, such as unprotected casual sex, jeopardizing relationships or even risking an entire career because of sex or pornography.

While most people would complain about not enough sex long before they’d complain about too much, addicts don’t enjoy their addiction any more than an alcoholic does. For them, the passion, intimacy and satisfaction of sex have been stripped away, replaced by feelings of shame, loneliness and helplessness.

“Sex addiction is really not about sex,” Tim says.

“It’s a symptom of a larger problem.” For most addicts, their behavior is a coping mechanism to manage painful emotions.

Public perception of sex addiction is mixed, with some people joking that it’s the “best addiction” and others dismissing it as just an excuse for infidelity. People often wonder how a man with a beautiful wife could possibly choose to be unfaithful, forgetting that addiction isn’t really about choice.

Part of the reason is that “process addictions” — addictions such as compulsive gambling and overeating, which are based in behavior rather than substances — aren’t very well understood by the public.

Chemical addictions such as alcoholism rely on an outside chemical to produce a high or relieve a craving. Process addictions, on the other hand, are all about the brain’s response to specific behaviors.

Michael Barta, founder and executive director of the Boulder Sexual Addiction Recovery Center, has been treating sexual addictions for more than 18 years. He explains that the brain of a sex addict is “hijacked” by the need for that rush.

“You’re addicted to your own chemicals,” he says.

“You can’t stop because you’re addicted to your brain chemicals.”

“It’s really like Dr. Jekyll and Mr. Hyde.” And like any addiction, achieving that high becomes more and more difficult with time. Both Miller and Barta emphasize the escalating nature of sex addiction. Behavior becomes riskier and more reckless.

While almost everyone enjoys having sex, addicts are so intently focused on achieving the “high” that all enjoyment is leeched away. For the majority of people, the typical progression of sexual feelings goes from interest to arousal to stimulation and finally to satisfaction. For sex addicts, the progression is compressed to immediate arousal and climax. The satisfaction phase — the time after an orgasm when partners are relaxed and intimate — is almost nonexistent, as the addict’s brain immediately begins craving its next rush.

Miller, who works with the Denver-based Redimere Group, has been treating various addictions for more than a decade. About eight or 10 years ago, he says, he noticed fewer people coming into his office to talk about their drinking problem and more people talking about their sex addiction. Now, roughly half of his practice is related to sex addiction, and that proportion isn’t likely to go down.

“By all indications,” he says, “it’s growing.” Just because the problem is growing, however, doesn’t mean public understanding of the issue has followed.

Most people see sex addiction as a moral issue, he says, similar to the bygone view that alcoholism was something that could be overcome with willpower and self-discipline.

And addicts themselves often feel the same way. “I saw the problem as a moral failing,” Tim says.

“I thought that if I merely deepened my own spiritual practice, or took to exercise, that I could solve the problem on my own.”

Each lapse, he says, only increases the addicts’ feelings of guilt and hopelessness.

For many of the men — and about 75 percent of those attending anonymous support groups around Boulder are male — their addiction is layered with other issues, from substance abuse to mental difficulties, such as depression and suicidal thoughts.

It also affects a broader range of people than most would imagine.

Roger says that anywhere from 40 to 50 people attend each session of local weekly meetings of sex addiction support groups, and there are several sessions each week. Included in the numbers are men and women from all backgrounds and upbringings, and even some well-known figures.

What most people want to know, however, is who’s got it.

So
while sex addiction might sound like a lesser burden to most people,
those struggling with their addiction tell a different story, one not
only of pain, loneliness and despair, but also one of simple physical
danger.

“In my
[anonymous support] group,” Roger says, “many have gone to jail. Many
have been hospitalized with mental illness. And many are dead or dying.
Many are HIV positive, for example. Some people suddenly stop coming to
meetings — are they dead? No one knows.”

The
financial costs can be staggering. At a recent group meeting, Roger
says, two men each admitted to spending more than $100,000 satisfying
their addiction.

Others have had trouble with the law, their jobs and, most commonly, their personal relationships.

Some addicts even lead double lives to keep their addiction hidden, such as Andrew did.

“I
had this outside life in which people knew who I was, where I worked
and what I did for a living. Then there was this dark side of my life
which was filled with secrets.”

While many people would “just stop” such painful behavior, addicts say it’s not that simple.

“If you’re not an addict yourself,” Andrew says, “it might be difficult to understand why I am an addict.”

For several sex addicts, it is the crippling silence that surrounds their addiction that makes treatment even more difficult.

“I
would be able to confess to a friend, family member or coworker that I
was having trouble with drinking or even drugs,” Tim says.

“Confessing sexual addiction to these same people would be very difficult.”

“The fact that you can’t talk about it makes it difficult for people to get help and find resources,” Roger says.

Resources
are available, and they are growing with the demand. More therapists
now offer sex addiction treatment, and several 12-step programs have
branches in Colorado.

The
road to recovery, however, can be as long as for any other addiction,
and often the hardest part is realizing there’s a problem. The
pervasive belief that “this is just what guys do” plays a big part.

For Roger, recovery began with a book.

“I didn’t think it was abnormal for decades,” he says of his behavior.

Then he read Patrick Carnes’ In the Shadows of the Net, one of the first books to discuss Internet pornography addiction. After reading it, he says, he felt that “this is my diary.”

Carnes,
a nationally known speaker and author on addiction and recovery, first
used the term “sex addiction” in the 1980s and has since published
several books on the subject.

For
Tim, recovery began after hitting “rock bottom” during the week that
his addiction pushed him to the edge. He has been in recovery for about
seven months.

In his nearly nine years with the recovery program, Andrew has mentored — sponsored, as it is called within the program — men from ages 25 to 62. He also has a sponsor of his own to whom he can turn.

Posted
on the Sex Addicts Anonymous website are the group’s 12 Steps, adapted
from and similar to the AA steps. Step Number 12 encourages members to
“carry this message to other sex addicts.”

Andrew
and others have taken this message to heart. “I have been a speaker at
sex addiction conferences, local meetings and even at small gatherings
at a person’s home,” he says. “I am not afraid to answer questions or
share about my sex addiction.”

A
few years ago, he and a female sex addict also addressed a group of
about 20 undergraduate students and answered questions after their
presentation.

“The students just could not get why we kept doing the same behaviors over and over if we would feel like shit,” he says.

Both
Tim and Roger say they hope that by sharing their experiences they can
help to break some of the silence around sex addiction.

Media coverage of the issue, however, seems to be a mixed blessing.

And what the media doesn’t understand is that sex addiction isn’t about the sex.

“This is all about isolating,” Roger says. “It’s about being alone.”