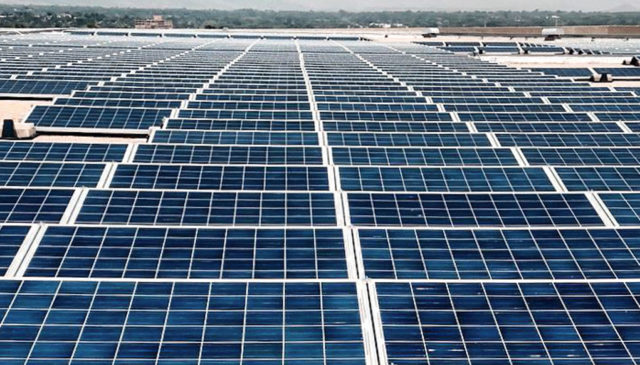 This Thursday, the Colorado Public Utilities Commission (PUC) will open its doors for a public hearing on Xcel Energy’s proposed changes to its rate structure, and opponents will be there to raise their voice. The changes, called the “Phase II Rate Case,” include a new fixed “grid use charge” for all of Xcel’s residential and business customers, as well as a complex new way of calculating customers’ kilowatt hour rates.

A leading opponent to the Rate Case is the Colorado Solar Energy Industries Association (COSEIA), a nonprofit representing a range of solar-related businesses and advancing solar policy while expanding solar markets in the state. COSEIA, alongside other similar organizations, worries the complicated rate changes would harm the state’s solar industry and existing solar customers, and that it isn’t a good way forward for utility customers overall.

COSEIA says Xcel has not justified the new grid use charge. Also, the proposed new rate structure goes against a recent decision by the PUC, the regulatory body that oversees monopolies in the state, including Xcel, the state’s largest utility, to leave current rate structures alone, specifically as pertains to solar customers.

“Xcel is proposing extreme rate changes to everyone. It’s going to affect everybody who buys their electricity through Xcel,” says Rebecca Cantwell, executive director of COSEIA. “As a customer, you’re basically having a higher fixed charge that you can’t do much about, at least for a year, and you’re being charged less for the energy you actually use. That really disincentivizes energy conservation, and it disincentivizes rooftop solar.”

In a document outlining its position, COSEIA says the proposed Phase II Rate Case would make it less appealing for someone to conserve energy because using less will reduce the bill less, and it would risk increasing the financial burden for lower income customers.

Another outcome, COSEIA says, would be that rooftop solar is a less attractive option for customers. The organization says Xcel should be encouraging energy efficiency and rooftop solar for its customers, whereas the impact of the Phase II Rate Case, COSEIA fears, is to discourage these things.

“It could create a big paradigm shift, where people aren’t incentivized to look at things like solar,” says Joe Montoya, residential sales director for Namasté Solar, one of Boulder’s oldest and largest solar installers and a COSEIA member. “As an industry, as a business, it’s something we’re absolutely concerned about … This type of rate structure would create cause for concern, as far as what our trajectory looks like.”

“Right now, Colorado is a top 10 state for solar jobs and installed solar capacity, and hundreds of people moved here in the past year alone to work in the solar industry,” says Lauren Randall, policy manager for Sunrun and spokesperson for The Alliance for Solar Choice, another opponent to the rate case. “Xcel’s confusing proposal would bring Colorado backwards.”

Xcel disagrees the impact of the Rate Case would be to disincentivize energy efficiency and solar. Alice Jackson, regional vice president for rates and regulatory affairs at Xcel, says the Rate Case offers different types of customers optimal price signals to encourage energy conservation, while keeping rates low for the long-term. She calls it the result of significant consumer research and says studies of the proposed rate changes show they could reduce peak energy use by more than 10 percent for residential customers, ultimately reducing the need for additional fossil-fuel fired peak energy plants.

The Phase II Rate Case, Jackson says, responds to a residential customer base more diverse in energy use than ever, and it requires the proposed rethinking of current rate structures. “I have some customers [small, single-bedroom apartments, for example] that consume just 200 kilowatt-hours per month,” she says. “On the high end, I have customers who use 4,500 kilowatt-hours per month, and there are thousands.”

A component of the Rate Case called the pilot Residential Demand Time-of-Use rate, Jackson says, is designed to gather more research as to how best to serve different segments within this broad residential customer base, finding optimal rates while incentivizing energy efficiency for each.

COSEIA, however, is proposing alternatives to this Xcel pilot that it says can better address the issue while removing unnecessary complexity.

The Rate Case ties to Xcel’s broader energy policy initiative called “Our Energy Future,” launched earlier this year via a series of separate filings to the PUC, and COSEIA and others are challenging many of its premises as well. Part of Our Energy Future, for example, proposes dramatic increases in Xcel’s total solar capacity, and while COSEIA supports an increase in solar generation for the state, it says the approach gives Xcel the unfair advantage to develop future solar capacity, and further disadvantages solar businesses.

As another example, Xcel is proposing a 50-megawatt solar farm which Xcel would control and sell its energy at a premium to customers. “This farm would be 25 times larger than the largest solar gardens private developers are currently allowed to build,” Cantwell says, calling the proposal anti-competitive to private solar businesses. From Xcel’s perspective, Jackson says, this is an optimal way for Xcel to answer customer demands to provide more solar faster, especially for customers who can’t access rooftop solar or solar gardens.

There are other points of conflict in this complex set of proposals. And the PUC filing process perhaps doesn’t do much to simplify the issue; Cantwell calls it a “very arcane world.”

“One of the real pushes we’re making is to try to help more people understand that this is how these very, very important decisions about our energy future are being made,” she says, and the organization wants Coloradans to have a greater stake in the entire decision-making process, around solar in particular.

“When I talk about the need for a better process, I’m talking about the need to make this policymaking more comprehensive, so it gets discussed at a higher level before it gets to these granular dockets,” Cantwell says. “The grid is a public system, and Xcel is supposed to be a public utility. They’re saying they need this (rate case) to cover the cost of the distribution grid and to modernize it, but we don’t think they’re going about it in a proper way.”